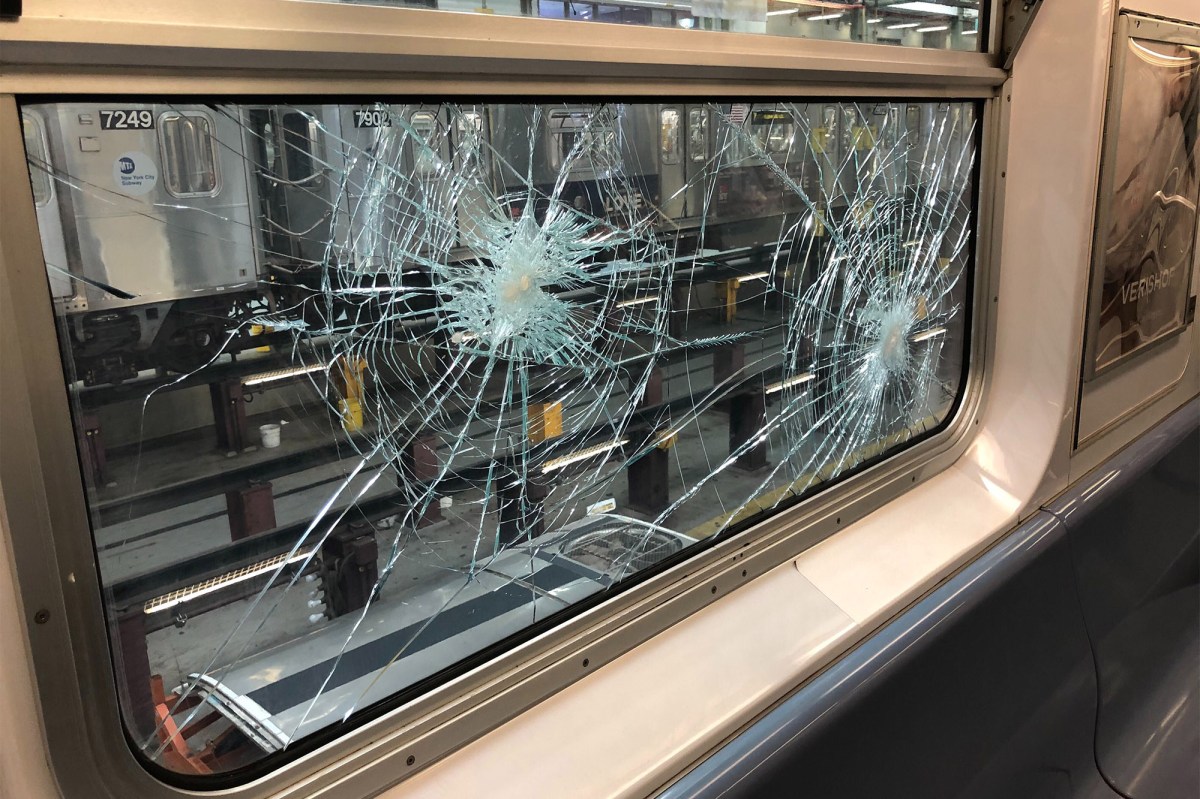 The windows were discovered around 10:16 p.m., and cost the agency $9,500 to replace, MTA spokesman Tim Minton said.

The incident was the latest act of a vandalism in a scourge that officials say began in early May. The MTA and NYPD have offered a combined $12,500 for information on the person or people responsible.

Police identified Tuesday’s alleged culprit as a male “with light complexion,” who was last seen in a white shit. He remains at-large.

Minton said the agency has spent over $300,000 to replace more than 465 windows since the spree began.

The majority of incidents have occurred on the 7 train line, which runs from Queens to Manhattan’s West Side.