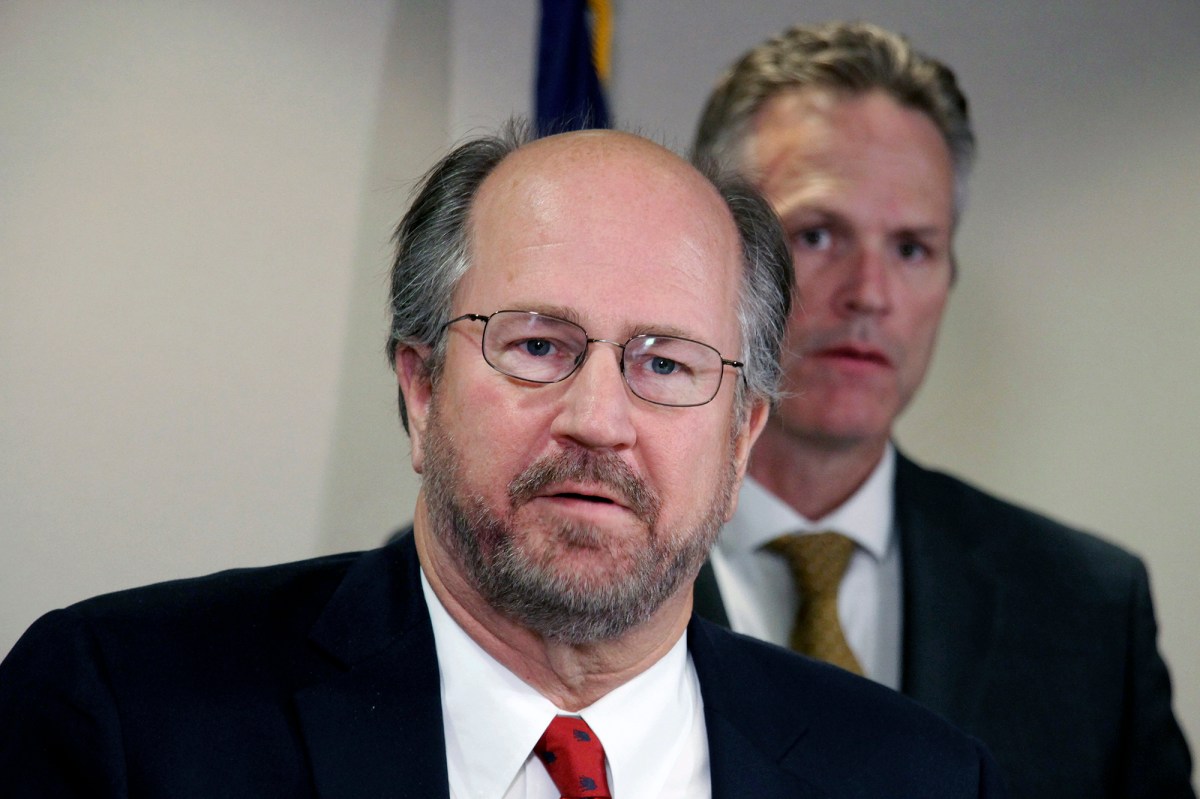 “Kevin Clarkson has admitted to conduct in the workplace that did not live up to our high expectations, and this is deeply disappointing,” Republican Gov. Mike Dunleavy said in a statement.

“This morning he took responsibility for the unintentional consequences of his actions.”

The state’s top prosecutor sent the woman 558 texts in nearly a month, according to a joint investigation published by the Anchorage Daily News and ProPublica earlier Tuesday.

Eventually, the state employee, who did not work for Clarkson, grew uncomfortable with the correspondence and reported his behavior to her supervisor.

“I sincerely apologize to you for my lapse of judgment,” Clarkson wrote in his resignation letter to the governor.

“These texts included invitations for this person and her children to come to my home to share a meal, which she politely declined,” Clarkson went on. “All of these texts were ‘G’ rated. There is nothing remotely salacious about the texts.”

But the report found Clarkson invited the woman to his house at least 18 times over the course of 27 days while frequently commented on the woman’s appearance and peppering his messages with the kiss emoji.

“So what are you doing sweet lady?” he wrote the next day.

“Always nice to see you beautiful lady … You have to find a way to say yes and come over and let me cook for you,” he penned the day after that.

Eventually, the woman sent him a message in early April asking him to respect workplace boundaries and notifying him that she wouldn’t accept late-night calls on her personal phone.

Clarkson said he respected her request and stopped texting her. He blamed a political opponent for contacting the governor’s office about the situation, at which point the woman reported the communications.

“I immediately and fully cooperated in the ensuing process, and have accepted the finding by Human Resources that my actions, however unintentionally, created an uncomfortable workplace environment for this employee,” Clarkson wrote.

The two discussed everything from books and movies to Clarkson’s wife’s efforts to get a visa for her son to leave Colombia.

“I wish to take public responsibility for errors of judgment that led directly, but unintentionally, to my placing a State employee in an uncomfortable environment in her workplace,” he also wrote.

Dunleavy appointed Clarkson to the position in December 2018 and he was confirmed as attorney general the following April.

Clarkson helped draft the 1998 amendment to the state’s constitution that defined marriage as a union between one man and one woman. After concerns from the gay rights community during his appointment process, he pledged to not bring his personal views into his role as attorney general.

One of Clarkson’s assistant attorneys general, Ed Sniffen, will step in as acting attorney general.