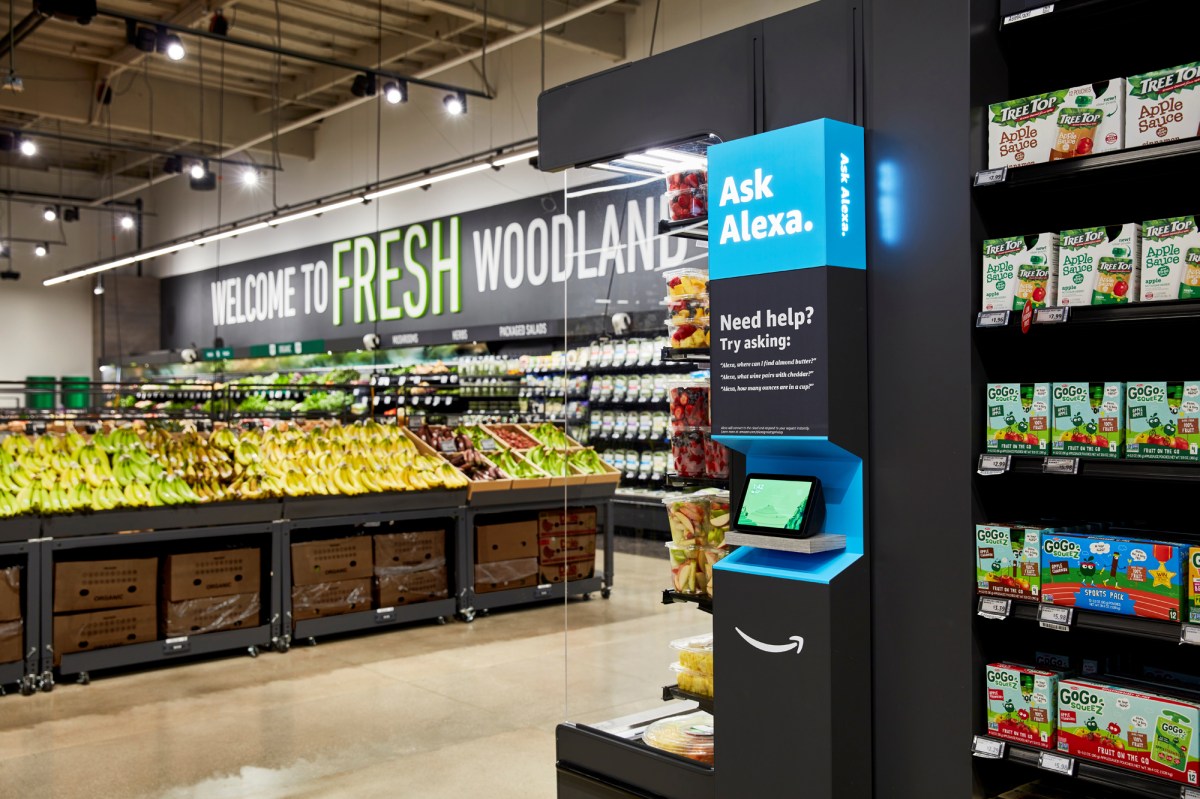 Amazon has unveiled its next move in its quest to eliminate the supermarket checkout line.

The e-commerce giant on Thursday said it is opening a high-tech supermarket in Los Angeles which will be equipped with sensors and cameras that will allow customers with shopping carts to walk out without stopping to pay a cashier.

The new store, in LA’s Woodland Hills neighborhood, is dubbed Amazon Fresh. Amazon has confirmed seven Fresh locations for Southern California and Chicago, but the Woodland Hills store is the first to let in customers.

The 35,000-square-foot supermarket is similar in size to a Whole Foods — the healthy supermarket chain which Amazon acquired for $13.7 billion in 2017 — but is less focused on organic foods.

“We feature a lot of national brands,” Amazon VP Jeff Helbling told Reuters in an interview, adding that prices are “lower than the other options that the people have in the Woodland Hills area.”

The supermarket will feature counters equipped with Amazon Echo devices, which will allow them to ask the Alexa voice assistant questions about the store.

It will also mark the debut of the “Amazon Dash Cart” a smart grocery cart that the store’s sensors can track the contents of. Customers will be able to exit the store via a designated lane and have a credit card on file billed automatically.

Amazon already has 26 locations of Amazon Go stores, which sell food basics that could be found in a 7-Eleven or gas station and employ the company’s ambitious cashierless technology.

Amazon’s announcement arrives just a week after The Post exclusively reported that the company is aiming to eliminate cashiers at Whole Foods by installing the cashierless technology at the supermarket chain’s locations.

“Amazon Go proved out the tech, but they can’t figure out how to make those stores profitable,” a source told The Post, noting that low prices at Amazon’s high-tech convenience stores were squeezing their bottom line. “But Whole Foods prints cash, and with healthy margins, too.”

Whole Foods’ tech rollout is expected to begin in the second quarter of 2021.