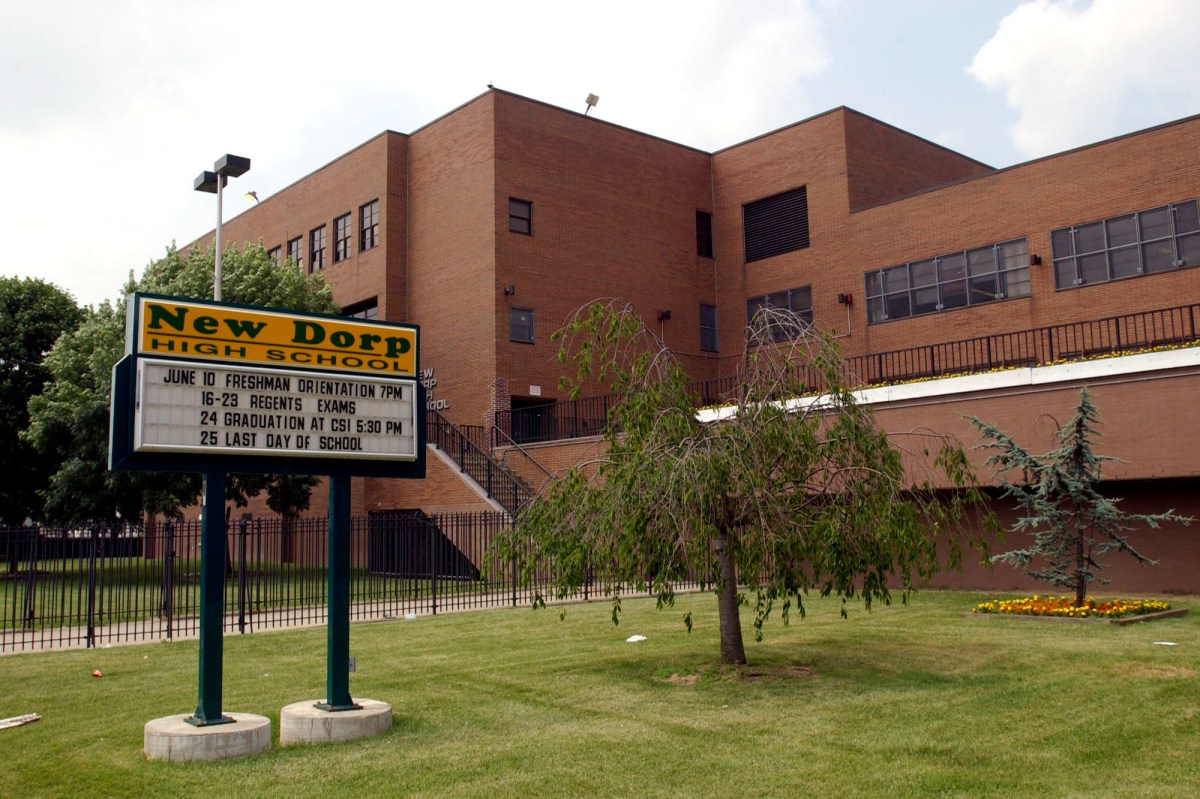 Anti-Semitic hackers barged into an online Zoom parents meeting hosted by a Staten Island high school Wednesday afternoon and plastered the screen with pornography and violent threats, according to police sources.

The principal of New Dorp High School was in the middle of an online presentation to roughly 300 parents at 3:10 pm when an intruder suddenly posted large swastikas across the screen along with racial slurs and sexually explicit images, sources told The Post.

“WE WILL SHOOT UP THE SCHOOL,” wrote another user as stunned parents and staffers looked on.

Police said a third hacker with the Zoom handle “Shlomo Rothschild” posted that he was going to bomb the campus.

Sources said that there were no recordings of the swastikas but that some of the threatening messages were captured by a school official and turned over to law enforcement.

The threats did not mention the school or any individuals by name, sources said.

The Department of Education temporarily suspended the use of Zoom during the prior school year after a string of similar hacks.

But officials later resumed use of the format after reaching a security agreement with the company.

The DOE did not immediately comment on the New Dorp hack on Thursday.