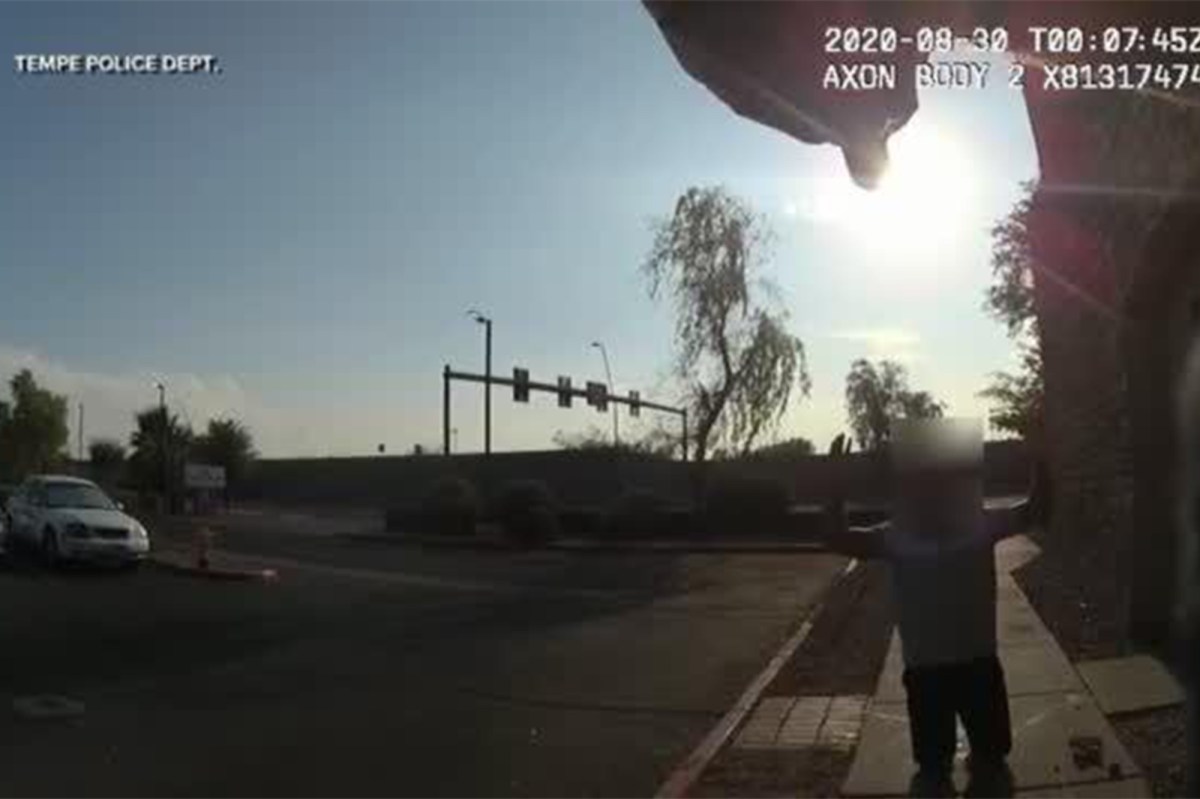 An Arizona cop is under investigation after he held a black man at gunpoint while searching for a white suspect, officials said.

Tempe Police Officer Ronald Kerzaya was told when he responded to a report of a man with a gun at a hotel last week that the suspect was a white man wearing a black T-shirt and tan pants, news station KYMA reported.

Footage from the cop’s body camera showed him holding the man at gunpoint for three minutes while the officer confirmed that the man was a hotel employee, news station KTVK-TV reported.

“I am responding to somebody with a firearm who matches your description,” the cop could be heard saying.

Police said Kerzaya has been assigned to an administrative role while the department investigates the Aug. 29 incident.

“This incident was not handled in accordance with the professionalism and respectful behavior that we, and the public, have for our officers,” police said in a statement.