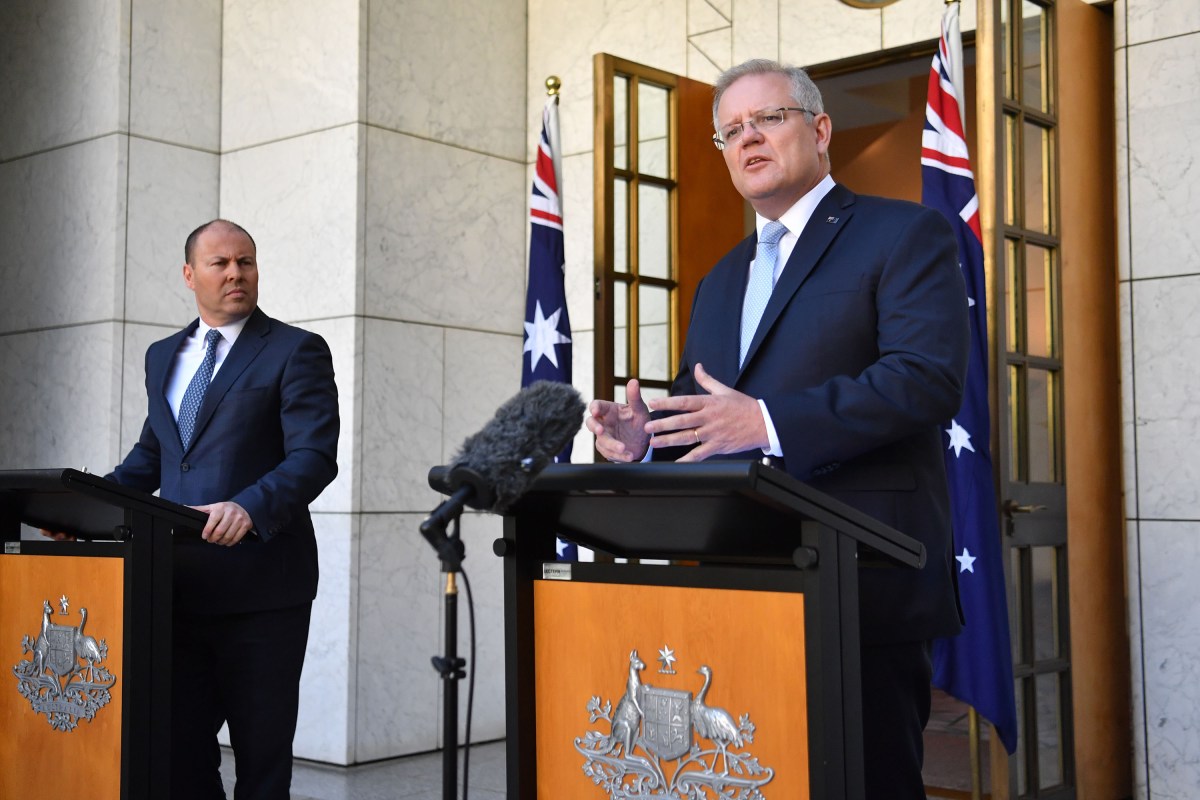 Australia’s economy suffered its sharpest economic contraction since the Great Depression due to the pandemic, with data released Wednesday confirming the country is in its first recession in 28 years.

The economy shrank 7 percent in June, the biggest contraction since records began in 1959, the government reported.

Prime Minister Scott Morrison told Parliament: “This is a devastating day for Australia.”

The country is now in recession for the first time in 28 years following a 0.3 percent drop in the first quarter of the year, since it has logged two straight quarters of contraction.

“Our record run of 28 consecutive years of economic growth has now officially come to an end,” he added.

The previous biggest downturn since Australia began keeping records in 1959 was a 2 percent fall in June 1974. Economists estimate there was a sharper decline of 9.5 percent in 1930, when Australia became one of the countries worst affected by the Great Depression.

Prime Minister Scott Morrison told Parliament: “This is a devastating day for Australia.”

The Organization for Economic Cooperation and Development figures show the average contraction among OECD countries in the June quarter was 9.8 percent, including a 20.4 percent slump in Britain, a 13.8 percent downturn in France and a 9.1 percent drop in the US.

The biggest drag on the Australian economy was a 12.1 percent drop in household spending, the largest on record. That alone accounted for 6.7 percentage points of the 7 percent fall, with business and dwelling investment also down.

But Australia’s iron ore miners have benefited from greater pandemic disruptions to their main rivals in Brazil.

Mining investment increased by 1.3 percent in the quarter, and high iron ore prices paid by China contributed to a 17.7 billion Australian dollar ($13 billion) trade surplus, the largest on record.

June quarter results do not reflect a second lockdown in coronavirus hot spot Victoria state that began in early August. Victoria accounts for a quarter of Australia’s business activity.

Frydenberg said the Treasury Department was forecasting “slightly negative or flat” growth in the September quarter.