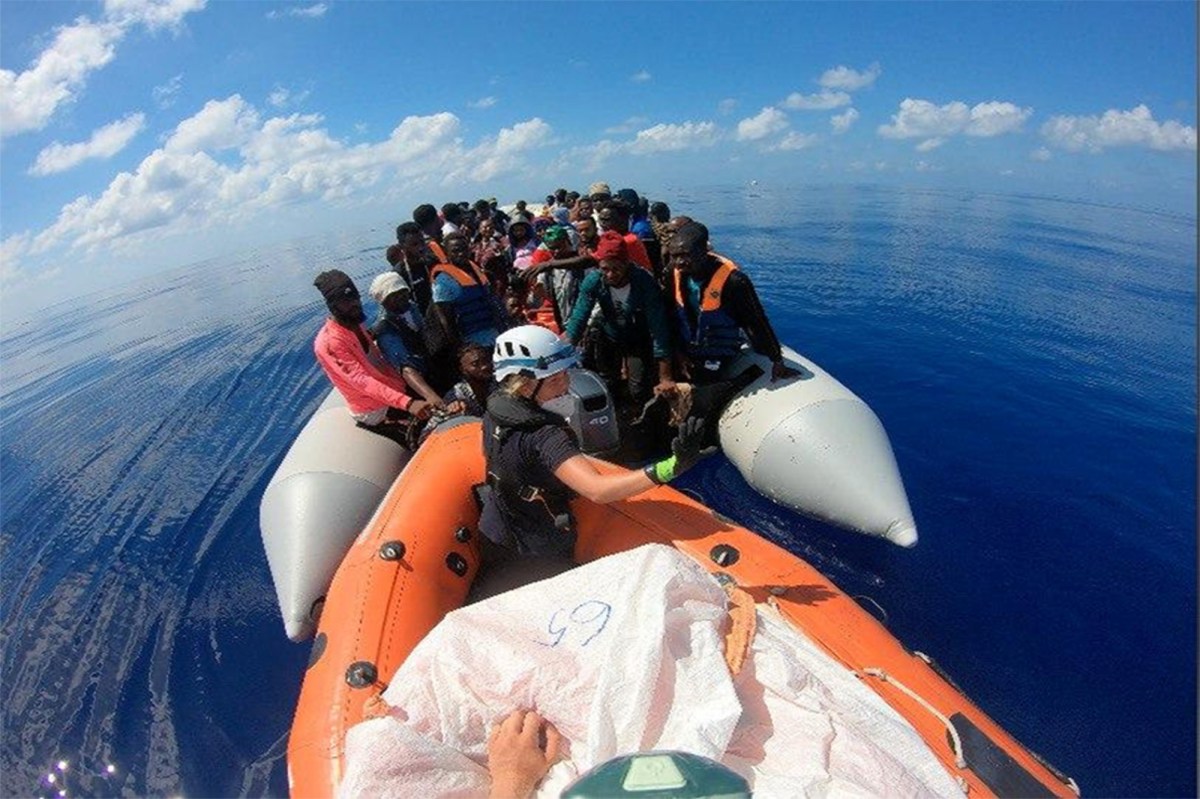 A rescue boat funded by British street artist Banksy issued a series of urgent calls for help Saturday, saying it was stranded in the Mediterranean, overloaded with migrants it has been unable to bring ashore.

The former French customs ship, covered in a pink painting done by the artist, including a modified version of his famous “Girl With Balloon” in which the child now wears a life jacket and holds a heart-shaped buoy, sent multiple tweets Friday and Saturday begging for help, Reuters reported.

“#LouiseMichel is unable to move, she is no longer the master of her manoeuver, due to her overcrowded deck and a liferaft deployed at her side, but above all due to Europe ignoring our emergency calls for immediate assistance. The responsible authorities remain unresponsive,” the boat’s Twitter feed said Saturday morning.

“We repeat, #LouiseMichel is unable to safely move and nobody is coming to our aid,” said another tweet sent three hours later. “The people rescued have experienced extreme trauma, it’s time for them to be brought to a #PlaceOfSafety. We need immediate assistance.”

Late Friday, the boat began tweeting that it was reaching a “State of Emergency” with 219 migrant refugees and 10 crew on board, along with the body of one migrant who died on the boat. “The others have fuel burns, they have been at sea for days and now they are being left alone in an #EU (!) Search and Rescue Zone. Don’t let it become a body count. Do your job. Rescue them,” the crew tweeted late Friday.

It also tweeted a series of claimed contacts with authorities in Malta, Italy and Germany that have led to no assistance, along with a video of the ship’s overcrowded deck showing dozens of migrants packed together, captioned, “These are the survivors you are turning your back on #EU. After escaping untold horror and inhumanity they need a place of safety.”

The Louise Michel, named after a French feminist anarchist, started operating last week. It has picked the migrants up off the coast of Libya since Thursday.

Banksy also posted a video on Instagram explaining that like many successful artists, he “bought a yacht to cruise the Med.” The ship was “converted into a lifeboat” because E.U. authorities “deliberately ignore distress calls,” the video said, showing images of migrants being pulled from the water.