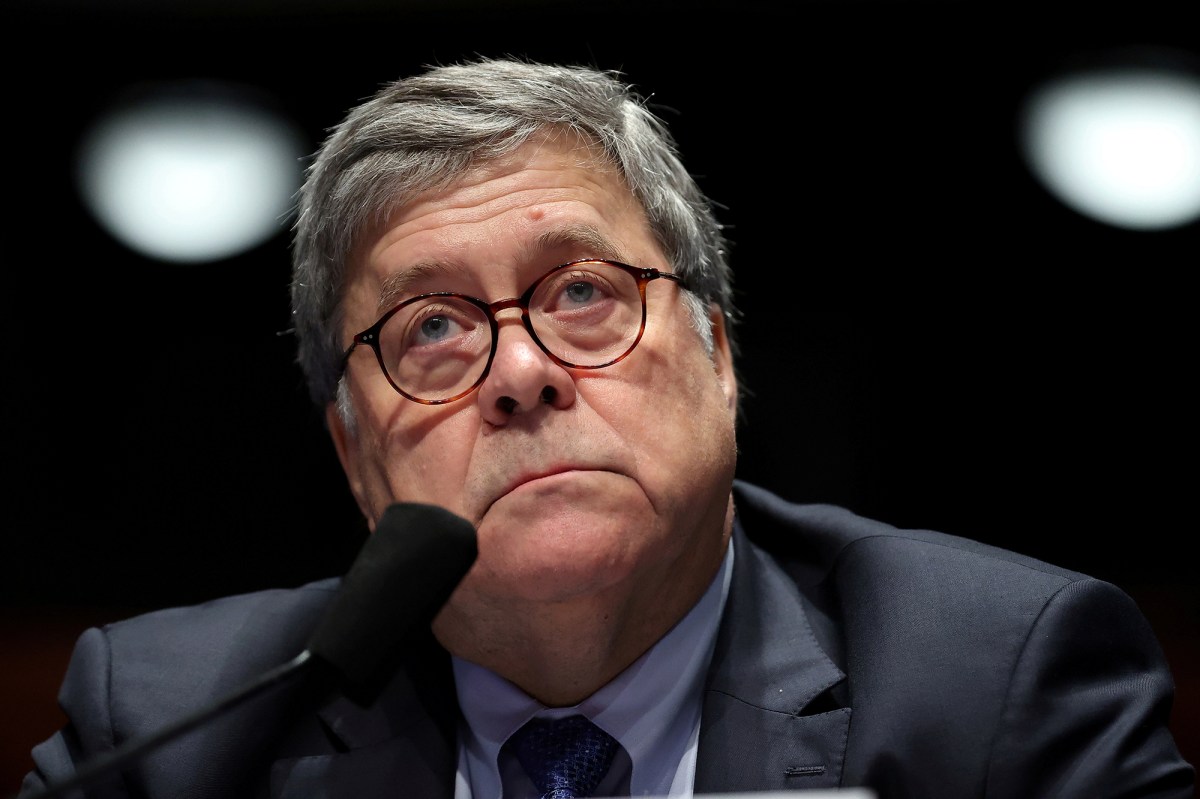 Attorney General Bill Barr on Wednesday stayed mum about whether he’d like to serve a second term if President Trump is reelected — though he did say he feels “satisfied” by his job.

During a wide-ranging interview on CNN, Wolf Blitzer pushed Barr — who was also AG in the George H. W. Bush administration — about his future plans and asked whether he enjoys his work.

“I wouldn’t use the word enjoy,” Barr quipped, “but it’s satisfying.”

The jovial moment came at the close of the sit-down, after Barr echoed Trump’s belief that mail-in ballots for the November election could be vulnerable to fraud, and likened the system to “playing with fire.”

“People trying to change the rules to this methodology, which, as a matter of logic, is very open to fraud and coercion,” Barr said. “It’s reckless and dangerous, and people are playing with fire.”

A record number of mail-in ballots are anticipated for the upcoming election because of health concerns over in-person voting amid the coronavirus pandemic.

Trump has long warned that voting by mail exposes the system to rampant fraud and his campaign has sued New Jersey and Nevada for their intention to allow mass mail-in voting.

The president has also dismissed concerns about voting during the pandemic, pointing to the civil rights protests occurring across the nation that have hundreds of people packed together often with sporadic mask use.

Barr said the way to remedy those worries would be to make arrangements at polling stations to protect people from COVID-19, and that those who are particularly vulnerable could get an absentee ballot, as he has done in the past.

He also raised the possibility that a foreign government could counterfeit US ballots — but said he hasn’t seen any evidence of such an effort.

China is more of a threat than Russia when it comes to interfering in the election, Barr said.