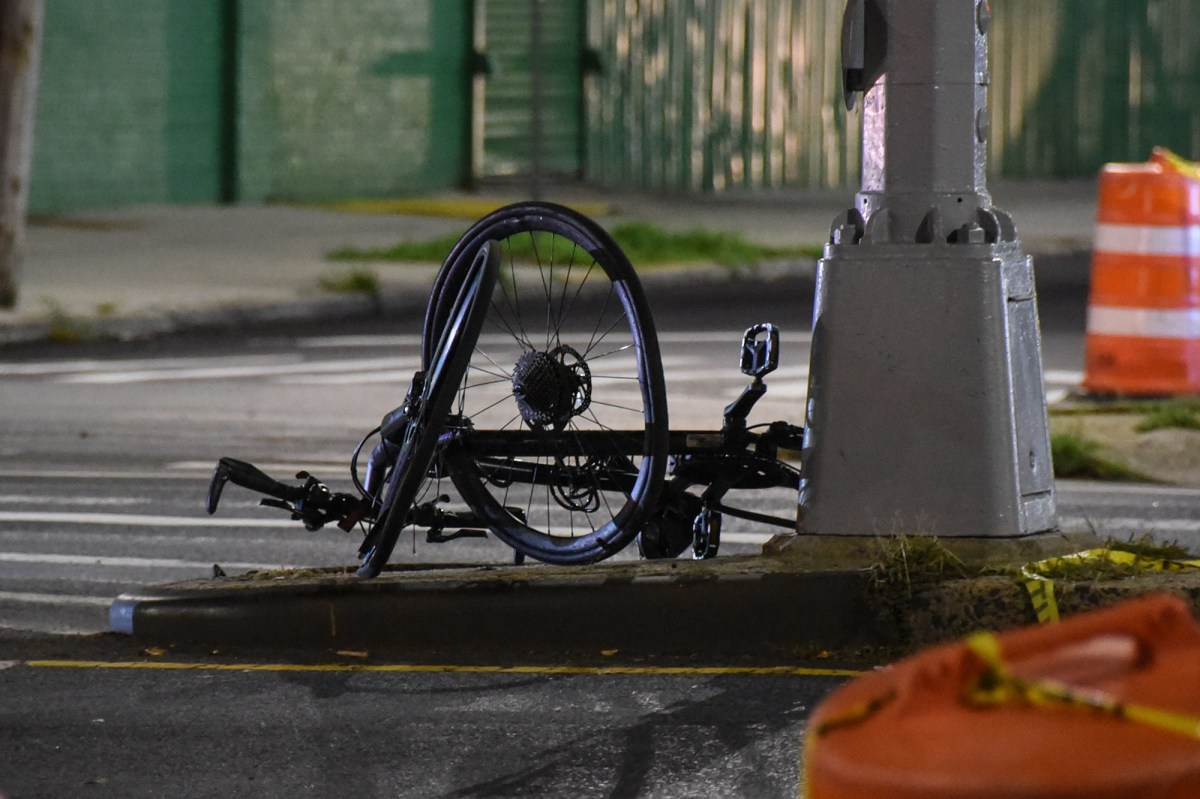 A bicyclist is clinging to life after he was struck by an SUV in Brooklyn early Friday, cops said.

The 56-year-old driver — who had the green light — was in a 2019 Chevy headed east on Linden Boulevard when the 25-year-old cyclist attempted to head north at the Ashford Street intersection in East New York, against the traffic signal, around 3:15 a.m., cops said.

The SUV driver slammed into the cyclist, who was left with severe head trauma and a broken left leg, according to police.

The driver stayed on scene and no arrests were made. Police are continuing to investigate the crash.