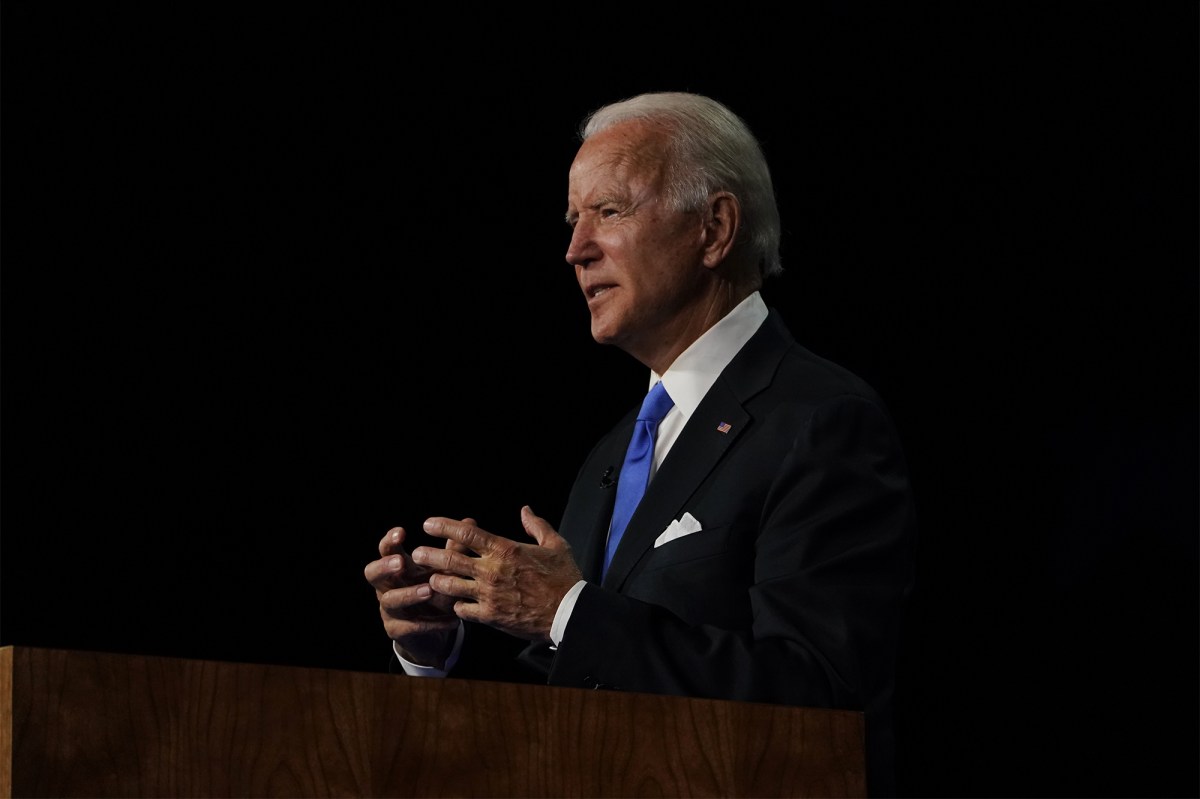 Joe Biden says he will close the country down to stop the spread of the coronavirus if scientists recommend he do so.

The democratic presidential nominee made the startling promise — and affirmed his resistance to defunding police — in  joint interviews with his running mate Kamala Harris set to air on ABC News this Sunday night.

“I would shut it down; I would listen to the scientists,” Biden told ABC’s David Muir, in an interview taped Friday.

Biden reasoned that the key to reopening a country’s economy is first gaining control over the virus and its spread. He knocked President Trump for failing to realize that — what he called a “fundamental flaw” of the administration.

“I will be prepared to do whatever it takes to save lives, because we cannot get the country moving until we control the virus,” Biden went on.

“That is the fundamental flaw of this administration’s thinking to begin with,” he said.

“In order to keep the country running and moving and the economy growing, and people employed, you have to fix the virus, you have to deal with the virus.”

ABC’s Robin Roberts in a separate interview asked Biden if he wants to defund police departments, as Donald Trump claims he does.

“No I don’t,” Biden responded.

“By the way [Trump] proposes cutting half a billion dollars out of local police forces.

“Look what the police need — first of all, there has to be national standards that in fact applies to every police department in the country. And that’s what we’re going to do,” Biden went on.

“I think they need more help. They need more assistance. We have to make it clear that this is about protecting neighborhoods, protecting people —  everybody across the board.”

In another clip from the Muir interview teased by ABC News, Harris said the president’s personal attacks are meant to be a distraction.

“I think that there is so much about what comes out of Donald Trump’s mouth that is designed to distract the American people from what he is doing every day,” the California senator said.

“That is about neglect, negligence and harm to the American people.”