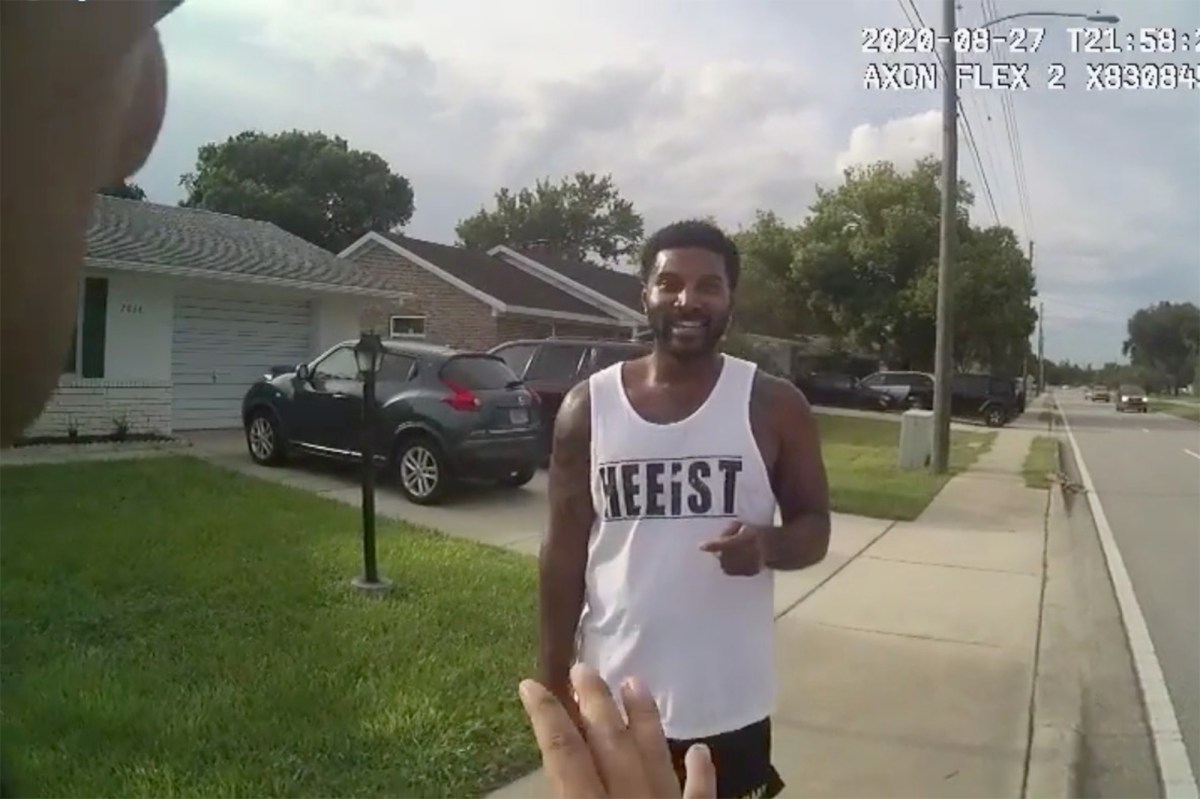 A black jogger was detained by Florida deputies because he fit the description of a burglary suspect – but he was soon cleared and the sheriff even offered the former military policeman a job, according to reports.

Joseph Griffin was stopped last week by Volusia County deputies who told him they were looking for a bearded black male wearing a white tank top and dark shorts – matching his description, WSAV reported.

The shocked registered nurse pulled out his cell phone and began shooting a Facebook Live video of the interaction after handing over his identification.

“You’re not in any in trouble or anything, there’s, uh, a burglary that happened — you kind of fit the description,” a deputy says, according to WTSP.

The deputy then handcuffs Griffin, who tells his viewers, “If something happens to me, y’all better raise hell.”

After a chopper flies overhead, Griffin adds, “It’s just a lot going on today,” likely referring to the police shooting of Jacob Blake in Kenosha, Wisconsin, and the death of George Floyd while in custody of a Minneapolis cop.

“We’re the same, you know me, Imma take care of you,” the deputy says as his bodycam records the incident, which ends when police arrest the real suspect.

Sheriff Mike Chitwood later said Griffin would join the office during an implicit bias training session, adding that the former military policeman could have a new job if he wanted.

“I told him we’d train and hire him as a deputy in a second if he ever wants a new job,” Chitwood wrote on Facebook.

“I also just want to say again how proud I am of the deputies who handled this call. Granted, nothing like Facebook Live existed when I was starting out, but I don’t know if a young Mike Chitwood would have kept a live video running for somebody I was detaining,” he wrote.

“These guys did it because in that moment, they understood what it meant to Mr. Griffin, who was going out of his way to be cooperative and respectful,” Chitwood added.