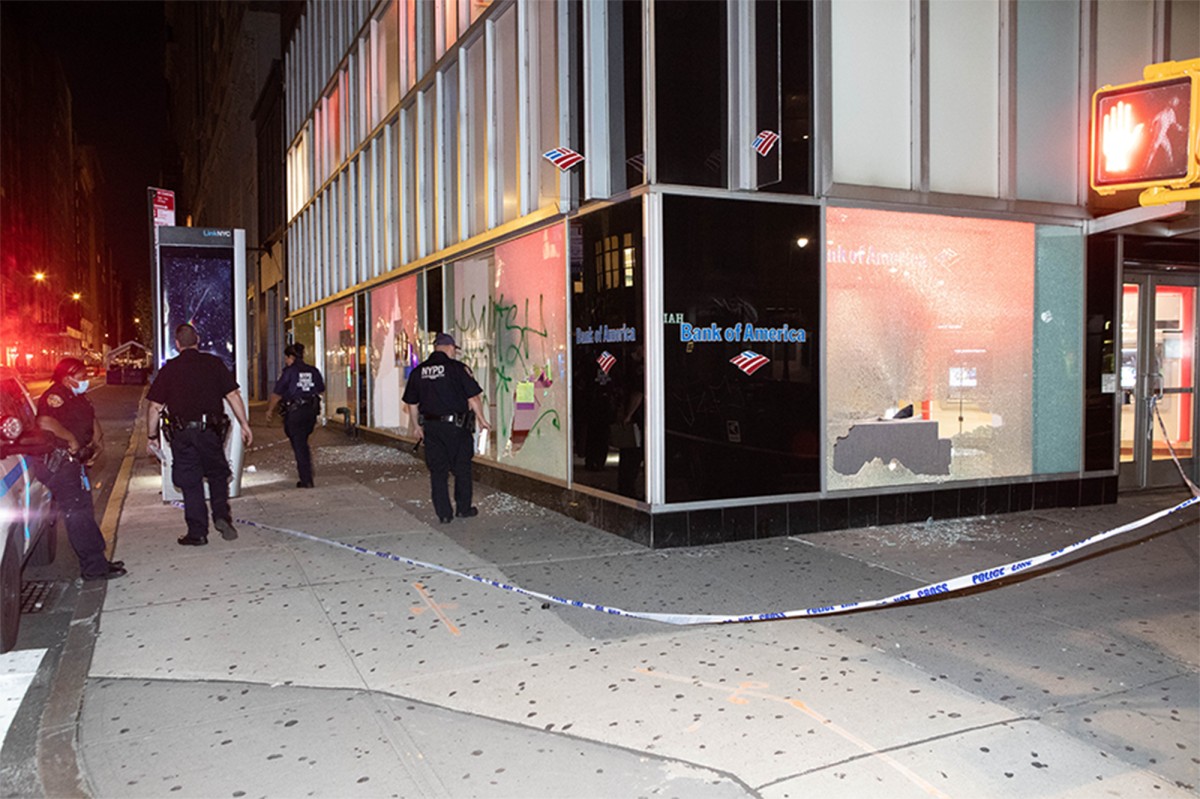 The protest had been advertised on Twitter by groups calling themselves the “New Afrikan Black Panther Party” and the “Revolutionary Abolitionist Movement.”

One of the arrested protesters was from Portland, Ore., and another was from Iowa, the sources said.

The protest began at 6 p.m. at Foley Square; protesters lit trash can fires and scrawled graffiti — including the word “Abolition” — as they made their way north.

“Every city, every town, burn the precinct to the ground,” the group was recorded chanting at one point.

Three of the banks damaged were on Seventh Avenue, between 14th and 20th streets, police sources said.

One source noted that the marchers bypassed the home of City Council Speaker Corey Johnson, who lives at 15th Street and Seventh Avenue.

Johnson has called for an investigation into counter-protesters who plowed a car into a crowd of BLM protesters in Times Square on Thursday night.

“They’re breaking his neighbors’ windows — how come he’s not calling for an investigation now?” the source asked The Post wryly.

Security footage obtained by NBC4 shows a protester in a balaclava using a tool to smash windows of a shop as others held umbrellas to shield the vandal from view.

“We call on everyone who stood up during the #GeorgeFloyd uprising and all supporters to come out to say #DropTheCharges for all who have fought for our liberation!” wrote one of the groups that organized the event, RAM NYC, while promoting the protest on Twitter late last month.