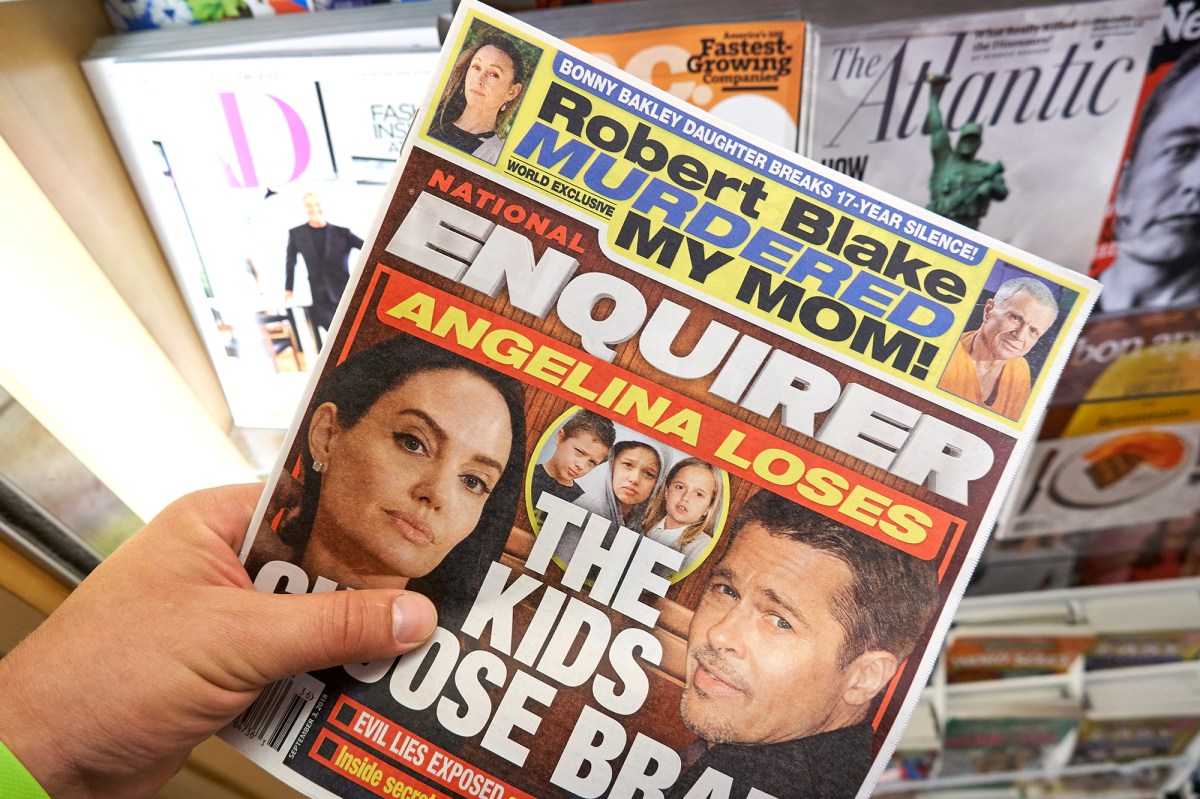 A new TV project on the rise of US tabloid culture created by “American Psycho” author Bret Easton Ellis and “Trainspotting” scribe Irvine Welsh had hit a legal snag.

According to The Hollywood Reporter, the series — “American Tabloid,” which is being produced by London-based Burning Wheel Productions — has been served a legal warning over allegations that it doesn’t have the rights to the project.

Former “National Enquirer” journalist, John Cooke claims he had been developing the project, which follows a group of rambunctious tabloid reporters, with Burning Wheel.

A rep from Burning Wheel told The Post that there is “absolutely no lawsuit, just a letter” from Cooke’s lawyer. Burning Wheel would not provide details of the contents of the correspondence, but said it was not a cease-and-desist letter, a warning that normally precedes a lawsuit.

“We are progressing with the project,” the rep said, adding that the company has instructed its attorneys to respond to the letter and “set the record straight.”

“It’s not their project,” Cooke told THR. Cooke claims his TV executive daughter came up with the idea for the series, and they both pitched it to Burning Wheel with his own experiences as a journalist forming much of the basis for their story.

Cooke said he was in negotiations “for months,” but Burning Wheel couldn’t raise the money to finance the series and thus never optioned the project. The journalist claims he can map out the origins of “American Tabloid,” proving the idea came from him and his daughter.

“There’s a paper trail from my daughter’s original idea — which I helped develop — right through to the treatments she submitted to Burning Wheel, to emails discussing the project,” he said.

After talks broke down with Burning Wheel, Cooke and his daughter took the project to London-based film and TV agency Jab Management, which began negotiating a deal with a broadcast partner, THR said.