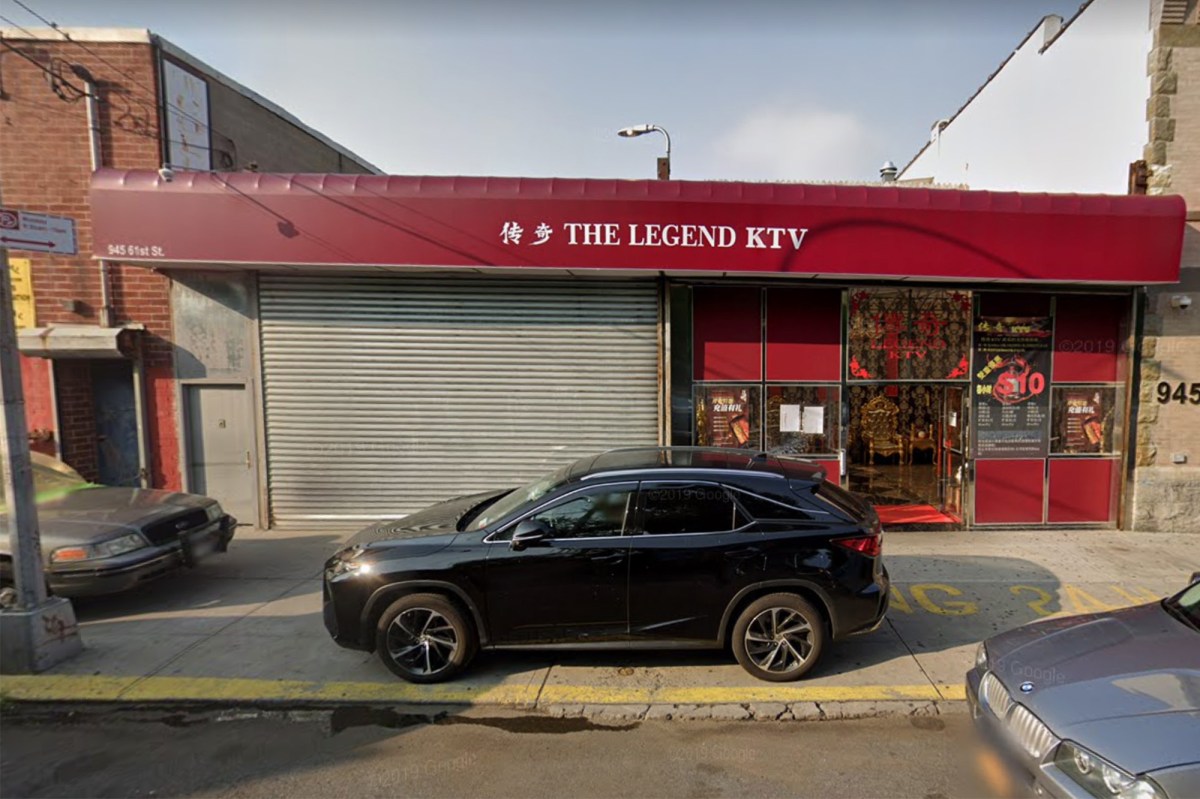 A Brooklyn karaoke bar was shut down and had its liquor license revoked Sunday after authorities found more than 281 people packed inside — including a child under 10 years old, officials said.

Legend KTV in Borough Park is the third karaoke bar shuttered by the New York City Sheriff’s Office and the state Liquor Authority in the past week, as authorities clamp down on illegal gatherings in the midst of social-distancing restrictions due to the coronavirus pandemic.

The building had only one door, the sheriff’s office said.

The young child, whose exact age was not released, was seen dancing “where alcoholic beverages were being served,” the office said in an email.

The Liquor Authority revoked the bar’s license, listed to Legend KTV – Brother Holding Group, Inc., for “failing to comply with applicable health, safety, and governmental regulations,” and peddling booze in portions of the business not licensed to serve alcohol.

No one answered the phone at the lounge on Sunday.

CJ Diamond Cafe on College Point Boulevard was raided around 11:30 p.m., prompting about 100 revelers to run for the exits when the deputies showed up — leaving the remaining revelers and five managers with summonses.

On Aug. 31, another Queens bar, SOHO KTV & Bar on Farrington Street in Flushing, was also shut down for serving alcohol and food indoors to about 75 customers, authorities said.

The patrons were forced to leave the bar and two managers were cited for violations.