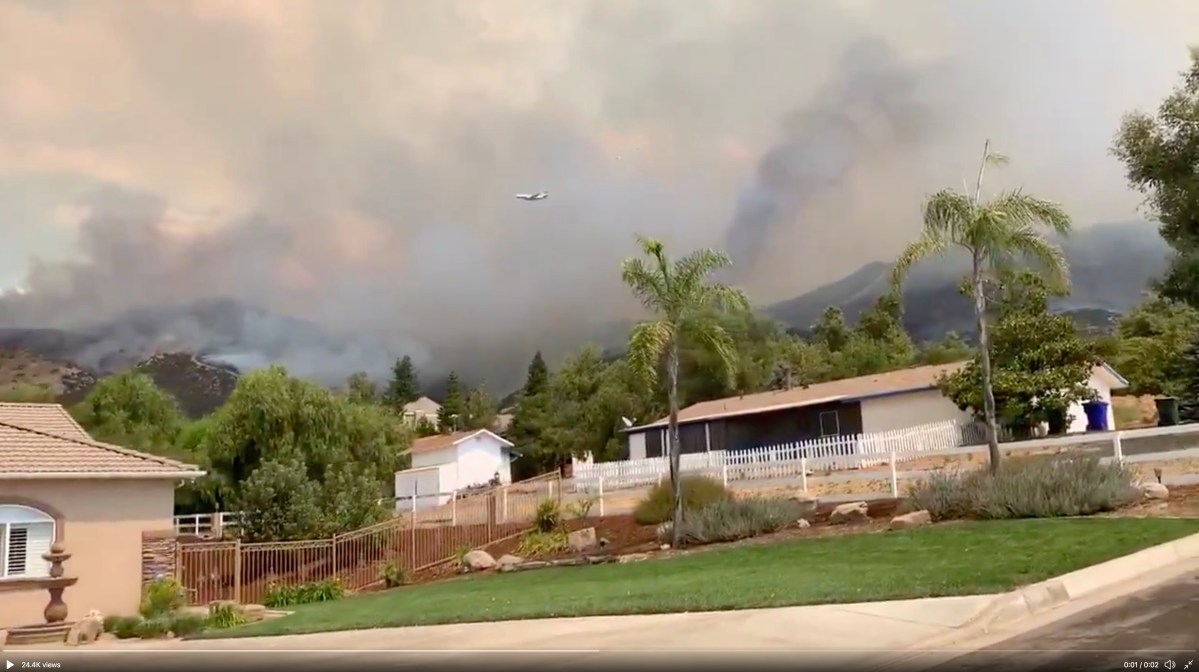 A California wildfire that flared up Saturday was sparked by a smoke generating pyrotechnic device at a gender reveal gathering, officials said Sunday.

The El Dorado Fire ignited near El Dorado Ranch Park just outside the city of Yucaipa at about 10:20 a.m., according to Cal Fire. The blaze has torched over 7,000 acres as of late Sunday.

The department revealed the fire’s cause in a Sunday night tweet, along with a warning to California residents of the state’s dangerous fire conditions.

“Cal fire reminds the public that with the dry conditions and critical fire weather, it doesn’t take much to start a wildfire,” Cal Fire wrote.

“Those responsible for starting fires due to negligence or illegal activity can be held financially and criminally responsible.”

It’s unclear if anyone will be charged over the incident.

Authorities did not reveal what the gender of the baby ultimately was.