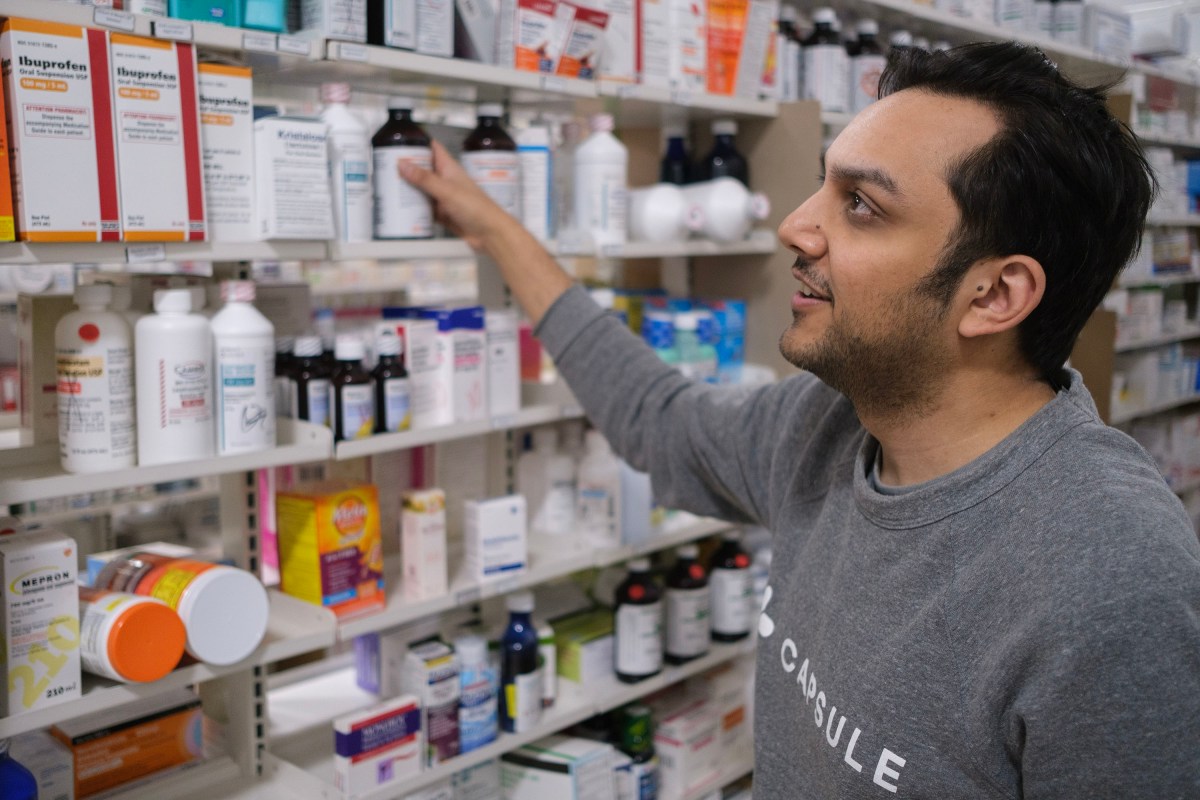 Pharmacy giants and tech titans are in a crowded battle to deliver your prescriptions — but a startup coming off a coronavirus-fueled growth spurt thinks it can beat them.

Consumers wary of waiting in packed drugstores have turned to digital pharmacy services like Capsule, a New York-based company that’s seen a surge of new customers during the pandemic.

Capsule CEO Eric Kinariwala says COVID-19 has sped up a shift away from retail pharmacies that the industry was already ripe for. His competitors have rushed to adapt amid the crisis — Walgreens and CVS made their nascent drug delivery services free as the virus shut most Americans in their homes, and Uber unveiled on-demand deliveries in Seattle and Dallas this week.

But the competition hasn’t stopped an explosion of growth for Capsule — the number of people bringing prescriptions to the company from other pharmacies has increased fivefold amid the pandemic, Kinariwala said.

Capsule still faces an uphill battle against big chains such as CVS and Walgreens, whose size allows them to buy larger quantities of drugs at cheaper prices, according to Jonathan Palmer, a Bloomberg Intelligence senior equity research analyst who covers the pharmacy industry.

It will also have to contend with Uber, which aims to expand its drug deliveries in the coming months, and Amazon, which acquired pharmacy startup PillPack in 2018.

“The consumerism aspect puts Capsule in the right place at the right time, but it’s going to be a challenge to get any sort of scale relative to those other players who could drop millions upon millions of dollars into that product lineup, if you will, at any given time,” Palmer told The Post.

The company has developed technology that handles routine tasks like data entry, allowing its in-house pharmacists to focus on helping customers, he said. And Capsule has kept its on-time delivery rate “north of 99 percent” throughout the pandemic, Kinariwala said.

There are plenty of consumers for the taking. A Bank of America Securities survey released in June indicated that up to 30 percent of patients were willing to permanently shift to mail pharmacies, which take up less than 20 percent of the market today.

“Once you’ve moved there’s no real reason to move back, in terms of an individual prescription,” BofA Securities director Mike Cherny told The Post. “Unless you had a bad experience — a prescription didn’t show up, you had some challenges converting the prescription over — once it’s set up, it’s just easy to keep in place.”