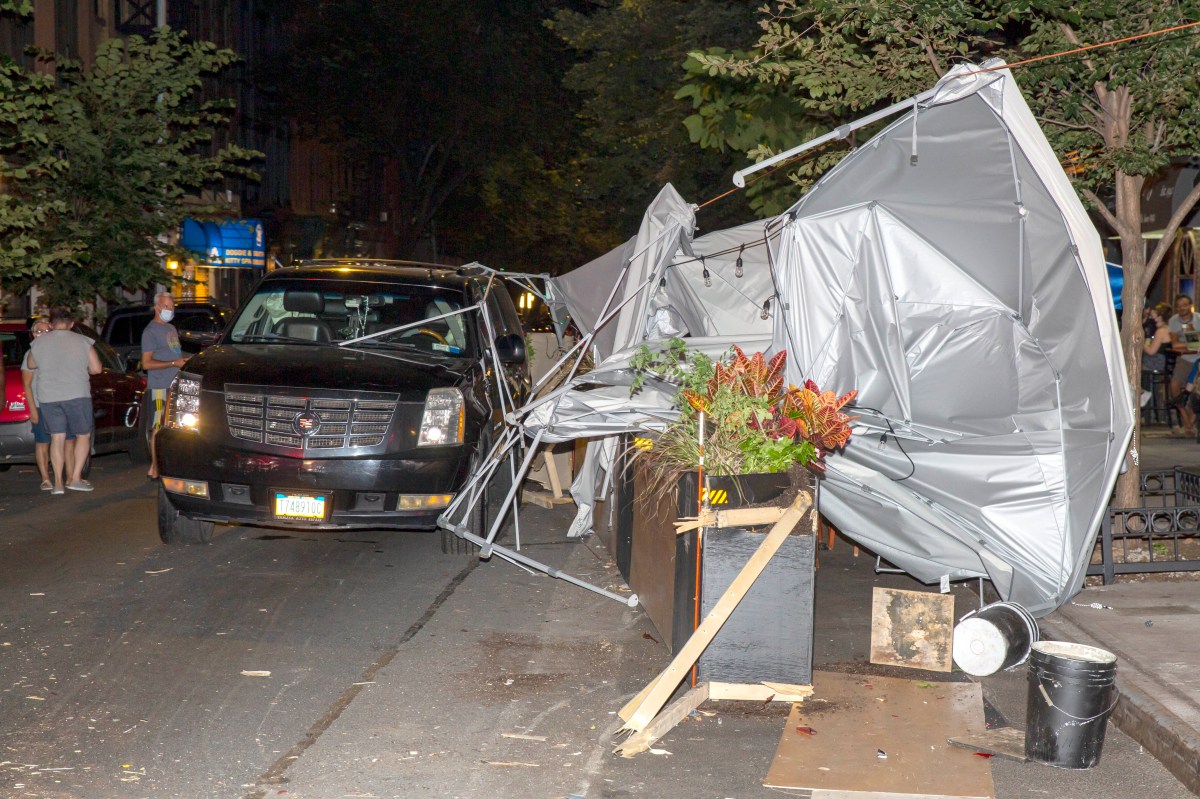 A car crashed into an outdoor dining setup on the Upper East Side Monday night, leaving one person hospitalized, authorities said.

The destruction outside Delizia 92 — an Italian restaurant at the corner of East 92nd Street and Second Avenue — occurred at about 9:30 p.m. after two vehicles collided, police said.

The impact from the collision between a Cadillac Escalade SUV and an Audi sedan sent one of the vehicles crashing into the dining area, cops said.

Several canopy tents were mangled and at least one wood-based barrier dividing the dining area from street traffic was overturned.

Authorities said the driver of the Audi suffered minor injuries and was taken to NewYork-Presbyterian/Weill Cornell Medical Center.

The FDNY said two more people were treated at the scene. None of the injured were restaurant patrons, police said.