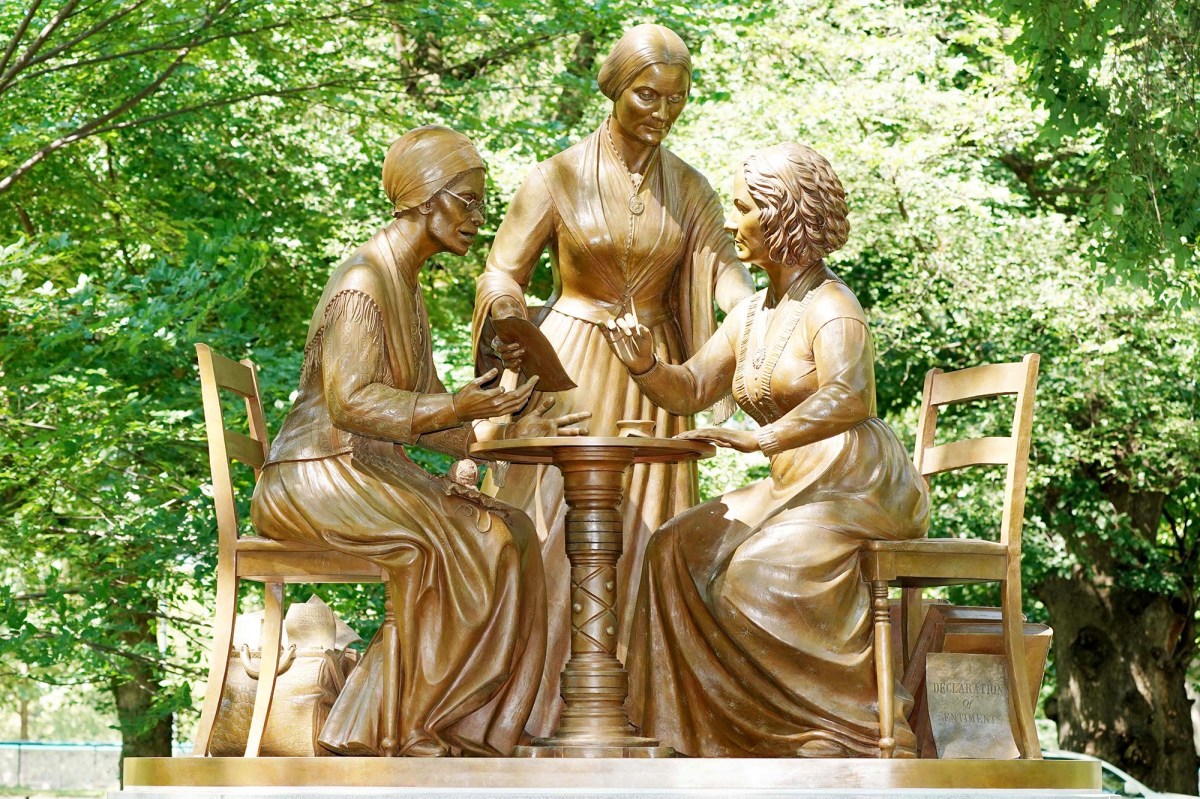 The bronze sculpture, located in the park’s Literary Walk, honors Sojourner Truth, Elizabeth Cady Stanton and Susan B. Anthony, key figures in the women’s equality movement, each with roots in the Big Apple.

“It’s long overdue,” sculptor Meredith Bergmann said at the dedication ceremony, “and it’s wonderful that these three great and inspiring and incredibly hardworking activist women are here in Central Park.”

“They can inspire us to continue to fight for equal rights, for fairness and for justice for women, for minority groups, for people of color — for everyone now,” Bergmann said.

The 14-foot-tall monument was aptly dedicated on the 100th anniversary of the ratification of the 19th amendment, which enshrined women’s right to vote in the Constitution.

It depicts Truth and Stanton seated at a small table in discussion, with Anthony standing between them.

The trio of 19th century advocates join famous men such as Alexander Hamilton and Hans Christian Andersen, plus fictional heroines like Alice in Wonderland and Juliet from “Romeo and Juliet,” in the 840-acre park.

The suffragette statue was sponsored and funded by the organization Monumental Women, as part of its efforts to “break the bronze ceiling” by pushing for the commemoration of women’s history in public spaces.

It originally included just Stanton and Anthony, two white leaders of the fight for women’s equality, while Truth, a black woman who escaped slavery and campaigned for abolition and women’s rights, was added later.

The unveiling was attended by former Secretary of State Hillary Clinton and elected officials including Rep. Carolyn Maloney (D-NY).

A Girl Scout troop that donated at least $2,000 in cookie sale funds to help pay for the statue was also looked on. One of the members, 13-year-old Jaya Shri, said the new monument was “really amazing.”

“I think it will inspire a lot of little girls to go out and do what they want to do,” she said.