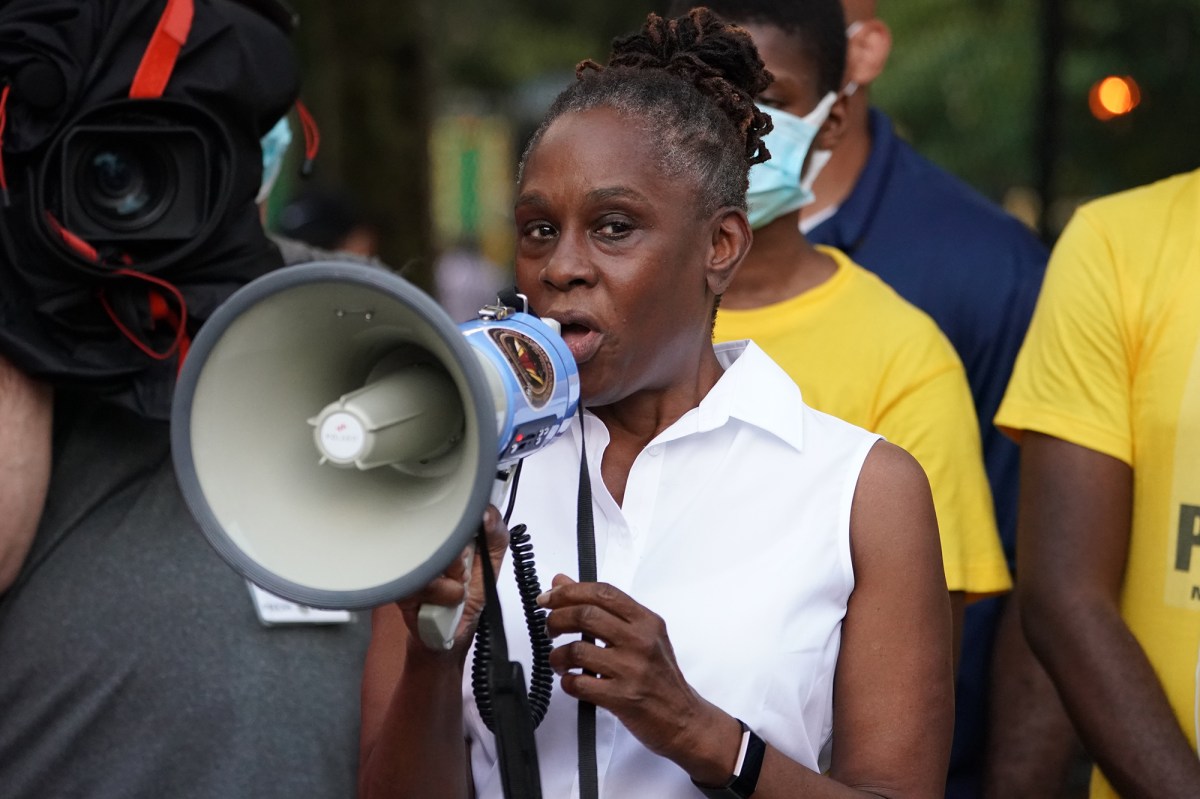 First Lady Chirlaine McCray said she basked in the break from official duties during the start of the city’s coronavirus pandemic that has killed nearly 24,000 New Yorkers.

“I think I went from relief from not having to do the regular schedule because you know a lot of what I do, my husband does, we do events. There was for me I have to admit a certain amount of relief from that,” McCray said with a laugh Friday at a virtual conference with Mental Health America President Paul Gionfriddo.

Gionfriddo had asked McCray how she, her husband, Mayor de Blasio, and their two adult children had been managing during the crisis that’s devastated the Big Apple, sickening over 231,000 New Yorkers and putting about one in five people out of work.

Meanwhile a 14-person, $2 million staff supported McCray, including a $70,000 videographer who captured her baking cookies during the pandemic.

McCray made the remarks even though she is considering a run for Brooklyn Borough President, a largely ceremonial position that requires office holders to attend multiple events daily.

After admitting she enjoyed ducking her public duties, McCray then said she turned her attention to helping her husband’s constituents get food, personal protective gear and education during the pandemic.

“It’s a long list and the work continues,” she said, noting, “Right now we’re trying to open up our schools.”

De Blasio was forced to delay the start of in-person public school classes from Sept. 10 to Sept. 21 after education unions threatened to strike over his lack of planning.

McCray also crowed about her embattled $1.25 billion mental health plan, ThriveNYC, saying she’s helped health care workers who were traumatized by all the COVID-19 deaths and set up an emotional support program for kids returning to school this fall.

“We were hit really hard by the virus, but I think were lucky or privileged in that we did have some structures in place,” she said, referring to ThriveNYC.