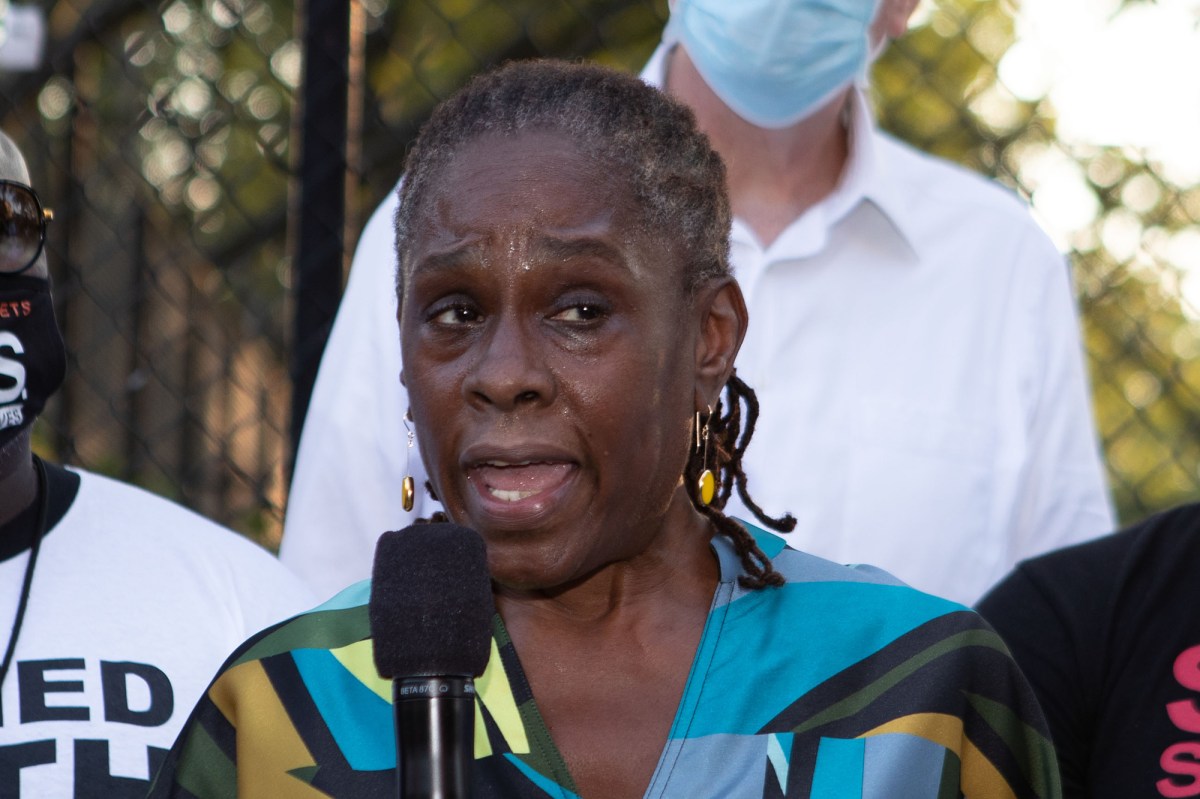 Mayor Bill de Blasio’s wife started the effort two years ago — yet has chosen only one artist for a single monument so far.

A rep for McCray insists her boss’s She Built NYC effort had to be temporarily shelved because of the coronavirus, but critics note that construction restraints on the Big Apple amid the pandemic were lifted several months ago — and claim City Hall’s incompetence and scattered priorities are really to blame.

“There is no leadership, there is [no] follow-through. There’s no one at the helm,” City Councilman Mark Gjonaj (D-Bronx), a member of the body’s Committee on Cultural Affairs, griped to The Post.

Meanwhile, last month, de Blasio appointed his wife to yet another monumental effort — a racial justice task force, where she’ll be reviewing the fate of current city statues honoring figures tainted by slavery, including memorials to Presidents George Washington and Thomas Jefferson — even as she struggles to address the first related project.

The city’s first lady is not paid for her work on either project and uses existing city employees for them.

“The Shirley Chisholm monument is the only project for which an artist has been selected, and we anticipate that it will be installed next year,” the McCray rep said regarding She Built NYC.

There are “no updates to share as of now on round two” of She Built NYC, which the mayor said would include a tribute to Mother Cabrini — after McCray ignored a poll that put the Catholic saint atop a wish list of statues for commissions.

“The others are delayed due to the state PAUSE order,” the spokeswoman said of the six additional planned female statues — even though construction has been allowed in the city since early June.

Jacob Morris, president of the Harlem Historical Society, blasted She Built NYC’s excuse for its alleged foot-dragging as “completely bogus.

“Our construction PAUSE is not a reason [to delay] anymore,” he said.

In fact, last month, an independent group, Monumental Women, followed through with its plan to erect a monument honoring the suffragist movement in Central Park despite the pandemic.

Morris lamented that She Built NYC was an opportunity “to do something affirmative and to do it with positive things, not just negative things.”

City Councilman Joe Borelli (R-Staten Island), a member of the body’s cultural committee, added, “If this was about getting a Shirley Chisholm statue, fantastic, she deserves it.

“But I suspect [the delays are] more about the administration lacking the currency, competence and conviction to proceed on a statue plan we can all agree on.”

Gjonaj said, “This mayor continues to lead from behind. He’s more reactive than active.

“The ones that pay the price are New Yorkers.”