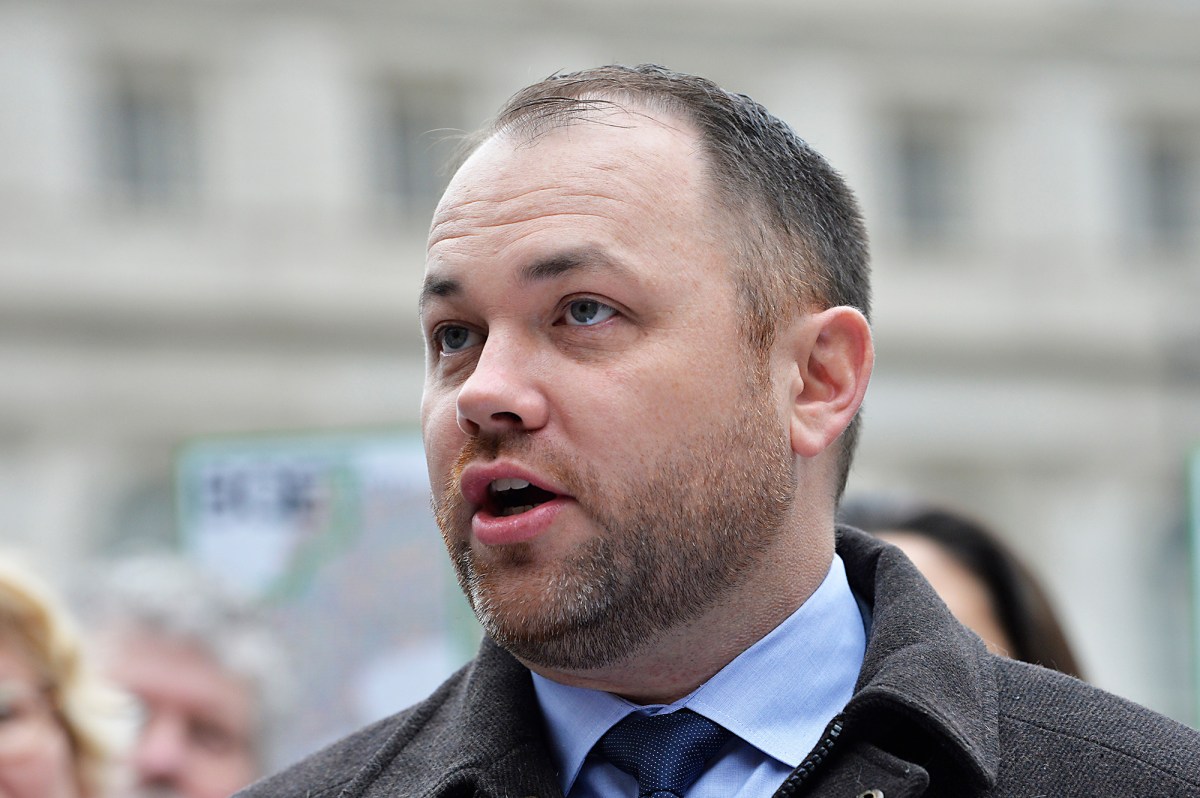 City Council Speaker Corey Johnson called for an immediate restart to indoor dining in the Big Apple, saying a thriving restaurant industry is vital to the local economy.

“It’s time to allow indoor dining in New York City with reduced capacity and clear guidance to ensure social distancing and safety,” Johnson said in a press release Wednesday, bucking the decision by Mayor Bill de Blasio and Gov. Andrew Cuomo to keep city eateries sidelined while all other regions have reopened.

“This is crucial for restaurant owners, who have been particularly hard hit by the pandemic and the resulting drop in tourism. Summer is winding down, and they need to begin planning for the colder months.

“Of course, we will continue to monitor the City’s COVID-19 rates, just as we must for all of our businesses,” said Johnson, who is running for mayor next year.

“We know that the restaurant industry employs many New Yorkers, including many immigrants. Its health and well-being are imperative to our City.

“The rest of the State has been allowed to reopen their restaurants for indoor dining, and New Jersey is allowing indoor dining come Friday. Now is the time to allow it in New York City. Our restaurants and our City’s economy can’t wait,” Johnson said.

De Blasio said earlier Wednesday during a City Hall press conference that he’d make a decision on indoor dining by the end of the month.

But pressure to reopen the industry sooner is mounting.

State Sen. Andrew Gounardes and City Councilman Justin Brannan are joining local restaurant owners Thursday to urge city and state officials to detail metrics for reopening and the owners of a Queens restaurant who filed a $2 billion class action lawsuit against the mayor and governor are holding a press conference with local elected officials on the issue.

“Restaurants across New York City have been financially devasted for six months since the start of the pandemic.

“With New Jersey resuming indoor dining on Friday and restaurants elsewhere across New York state having safely served customers indoors for months, the NYC Hospitality Alliance, restaurant owners from across the five boroughs, industry leaders, members of the State Senate, City Council and now Speaker Johnson have all called for an immediate plan to resume indoor dining.

“We’re thankful that Speaker Johnson is urgently protecting thousands of small businesses from permanent closure and preventing losses of tens of thousands of industry jobs, and we stand with his call to action to allow indoor dining to safely resume in New York City,” Rigie said.

A City Hall spokesman repeated that indoor dining is not a priority for the mayor.

“Across the United States and around the world, we’ve seen troubling reports from localities that have restarted economic activity too quickly. In New York City – the epicenter of the COVID-19 pandemic just a few months ago – we’re taking a different approach, and it’s working. We’re focusing on safely opening schools, and we’ll continue to evaluate this extremely dynamic health situation throughout the fall.