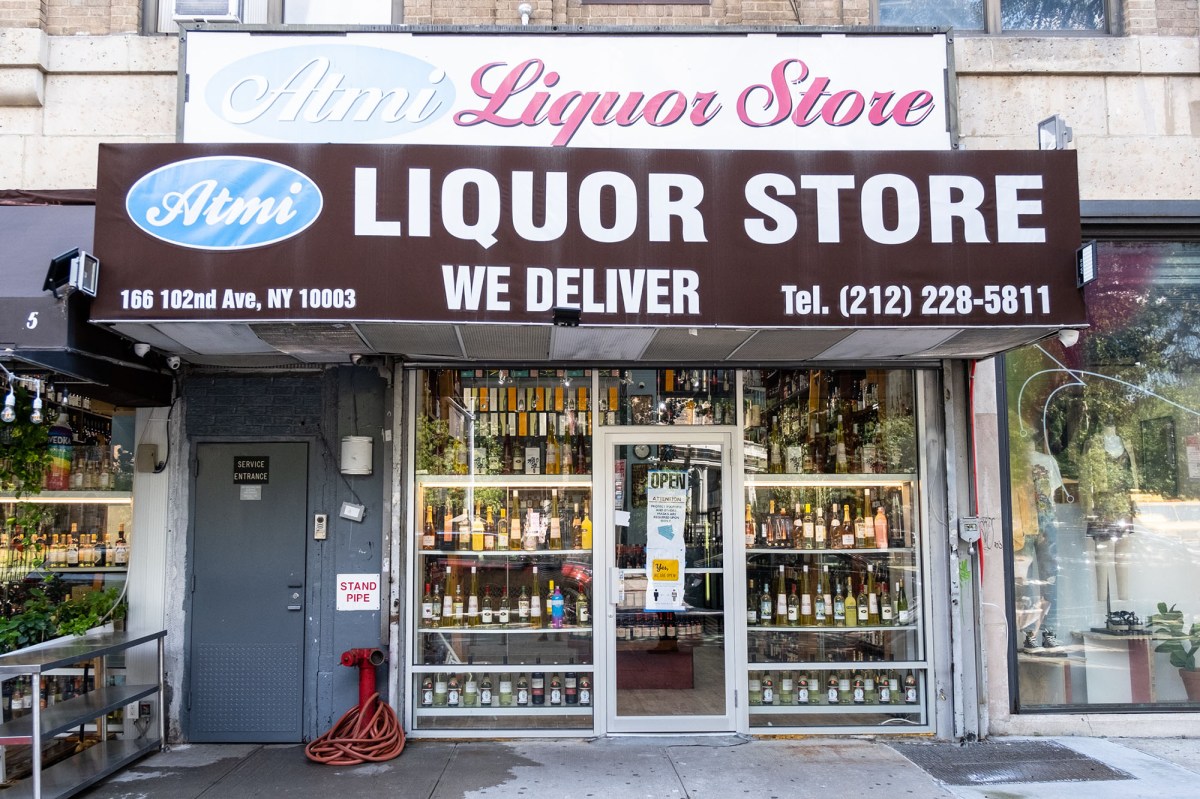 A twenty-something terror accused of inciting riots and looting a Manhattan liquor store led cops on a two-month chase — only to be cut loose after his arrest to the chagrin of victims and cops alike, The Post has learned.

Accused looter Antonio Smith-Ortiz, 20, is charged with ripping off Atmi Liquor Store in the East Village around 10:30 p.m. on May 31, when he was allegedly caught on surveillance video climbing in through a shattered window and loading up on merchandise, according to a criminal complaint.

Smith-Ortiz got away but hours later he was allegedly inciting more chaos — and announcing his next targets, according to a separate Queens complaint.

He also boasted during an online livecast,” We robbing the Queen Center Mall tomorrow around 1… tomorrow is part two. We purging right now. The riot’s lit!”

Cops caught up with him around 4:45 p.m. that day and charged him with inciting riot by plotting the Queens looting, but was released without bail the next day — even though he had yet to be charged with the Manhattan heist, court records show.

It wasn’t until July 28 that Manhattan cops, who had worked the case for nearly two months, finally tracked down Smith-Ortiz and took him into custody — only to have him released without bail the following day.

“Of course I’m pissed,” storeowner Atmi Kurtishi fumed to The Post Monday. “I guess it’s okay now for people to break into businesses? To break the law and loot? It’s a slap in the face to business owners everywhere. It’s like there’s no consequences anymore.”

A spokesperson for the Manhattan District Attorney’s Office said prosecutors signed off on his release since bail is not eligible for the charge.

Chief Michael LiPetri said the NYPD is “relentless” in tracking down looters, “but individuals such as this person to get released on their own recognizance because of the bail reform law after a lengthy and extensive investigation to bring justice to victims is outrageous.”

Smith-Ortiz, who was charged with a felony burglary count, is now due back in court in October.

It was a bitter pill for Kurtishi, who said his shop has been looted three times and lost $250,000 in damages and merchandise.

“We had to renovate,” Kurtishi added. “We had to deal with insurance.”

The Legal Aid Society, which represents Smith-Ortiz in the Manhattan and Queens cases, did not respond to a request for comment.