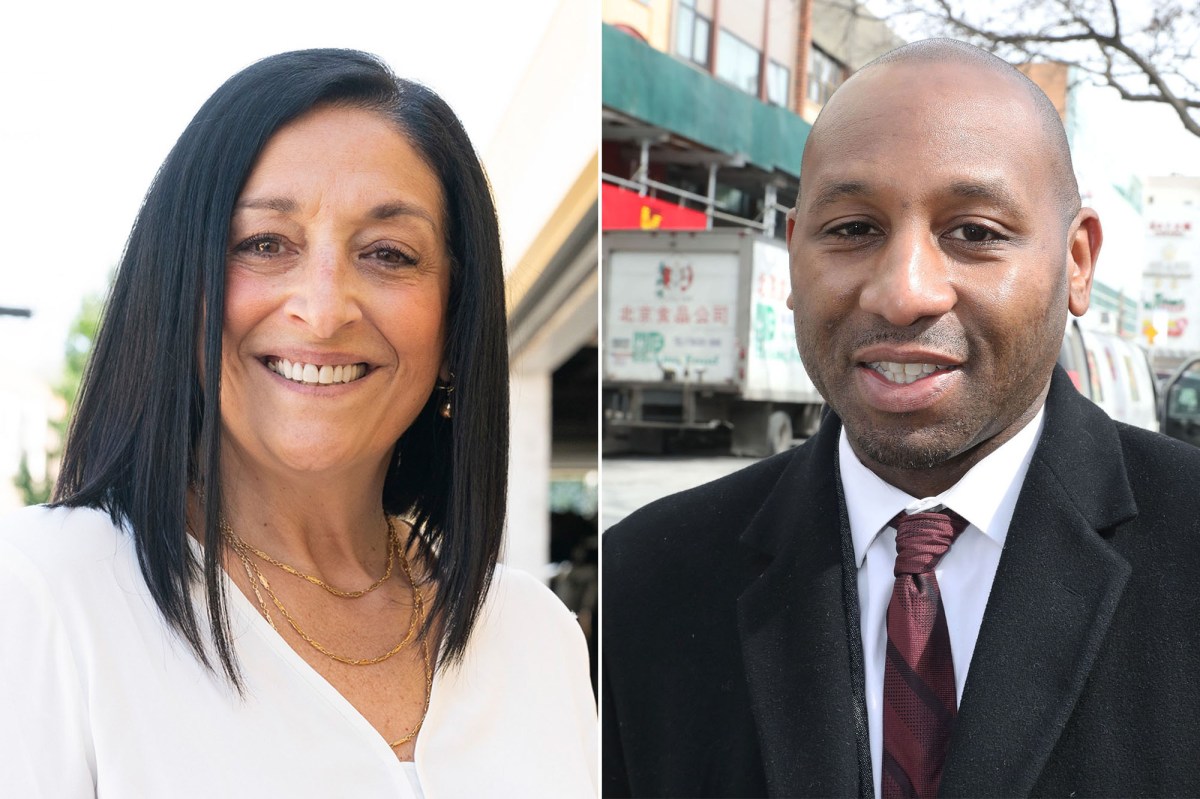 The underdog Republican candidate for Queens borough president is hoping voter anger over the spike in crime will give her a shot at winning the seat.

Councilman Donovan Richards, the Democratic nominee, is the heavy favorite to capture the seat after winning the primary election in the overwhelmingly Democratic borough.

But Ariola, 62, is vowing to put up a fierce fight, painting Richards as a hard-left, soft-on-crime and anti-police candidate at a time when residents are fed up with lawlessness amid the coronavirus pandemic.

Richards, chairman of the Council’s Public Safety Committee, has backed a package of police accountability laws and even voted against the city budget in  July because it didn’t cut the NYPD’s funding enough or address “racism that runs rampant in the NYPD.”

“That was the last straw. We can’t leave Queens in Donovan Richards’ hands. He’s another de Blasio. He could be worse,” Ariola said.

“The only insanity is a Trump Republican believing a message of division can win in one of the most diverse counties in our country. Queens has always been a place where residents pursue fairness and celebrate our diversity. We anticipate Queens voters will reject our Republican opponent’s policies, just as they will Trump’s in November.”

Richards is so assured of victory that he refers to himself as “QBP-Elect” on his Twitter page.

Ariola said she supports President Trump’s re-election, which could be a troublesome issue in the Democratic-leaning borough with the presidential race topping the ballot.

Ariola said she would hammer Richards for supporting the closure of the Rikers’ Island jail complex and have the city open jails across the city — including in Kew Gardens, Queens.

Ariola, a director of intergovernmental affairs at the Medisys hospital network, stepped down as the Queens GOP leader to run for borough president.

Richards currently represents southeast Queens and the Rockaways in the council.

The borough president’s office is a largely ceremonial position, though it has say over land use matters.