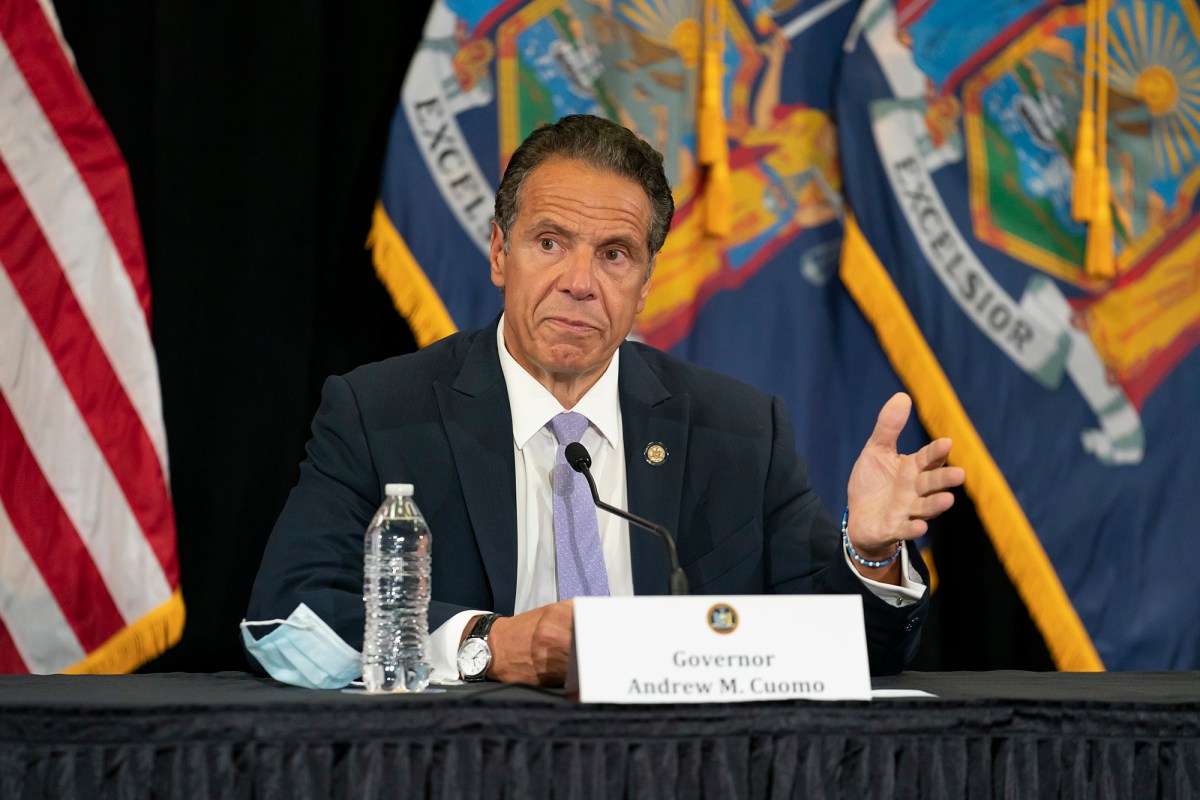 A government watchdog group is accusing Gov. Andrew Cuomo’s administration of sitting on data that would provide the full death tally of nursing home residents from the coronavirus.

The Empire Center for Public Policy accuses the state Health Department of stalling on compliance with a Freedom of Information Law request seeking the information.

Currently, New York’s tally of nursing home fatalities only counts those residents who died or are presumed to have died from COVID-19 inside those facilities.

The figure excludes potentially thousands of nursing home residents who were transported to hospitals for treatment and died a few days later.

“The state Health Department is offering a new explanation for why it won’t provide the full death toll of coronavirus in nursing homes: it can’t find the records,” said Bill Hammond, a health analyst for the Empire Center who submitted the legal request for the data in early August.

In a response letter sent to Hammond on Monday, the department said it could not yet fulfill the request “because a diligent search for relevant documents is still being conducted.”

“We estimate that this Office will complete its process by November 5, 2020. The Department will notify you in writing when/if the responsive materials are available for release or if the time needed to complete your request extends beyond the above date,” said the department’s record access officer, Rosemary Hewig.

The delayed compliance in releasing information in response to legal requests has been a common practice of government agencies, with officials often saying they are still conducting a “diligent search” for records.

“In this case, however, a search of any kind should not be necessary,” Hammond said in a blog post.

He said the department’s Health Emergency Response Data System (or HERDS) has required nursing homes to file daily reports throughout the pandemic — including counts of all residents who die from coronavirus, both within the facilities or hospitals or elsewhere.

“Those numbers are the basis for the partial count that the department does make public – which stood at 6,639 as of Aug. 29, but omits potentially thousands of residents who died in hospitals,” Hammond said.

Hammond said the “unusual methodology” is used by few if any other states and gives the public a “distorted picture of the pandemic.”

“It makes it hard to compare New York to other states, or to gauge the merits of particular policies, such as the Health Department’s much-debated March 25 directive compelling nursing homes to accept coronavirus-positive patients being discharged from hospitals,” he said.

The Justice Department is looking at whether the policies of New York and three other states contributed to COVID-19 nursing home deaths.

A recent Health Department report — which pinned the blame on COVID-19 nursing home resident deaths on infected staffers or visitors who unknowingly spread the killer bug — did not disclose the total number of fatalities. The report was widely panned as incomplete.

Pressed by lawmakers during a legislative hearing last month, Health Commissioner Dr. Howard Zucker admitted the information on the total death toll of nursing home residents was accessible, but he was not ready to make it public.

“I wish I could give you the number today, but I need to be sure it’s absolutely accurate,” Zucker said during his testimony.

Sen. Gustavo Rivera (D-Bronx), who chairs the health committee told Zucker, “It seems to me that the definition you insist on keeping on the books, and one that no other state utilizes, and makes you look better than what you actually did — that’s a problem, bro.

Hammond said he’s filing an appeal of the department’s delay in disclosing the information.

Other Democratic lawmakers agreed with Hammon that the Health Department was stalling.

“They’ve been stonewalling for months.. The data is available,” said Queens Assemblyman Rom Kim. “This is just a way to make sure the governor doesn’t look bad.”

And lawmakers told The Post Tuesday they submitted similar requests with the health department regarding COVID-19 nursing home deaths and are awaiting a response.

“While the general public doesn’t have the same pulpit that Mr. Hammond and Post enjoy, their FOIL requests are handled in the same way as any other submission. As stated, the department is completing a diligent search to be responsive to his request and all others, which incidentally is more than twice the volume than at this point in 2019,” Holmes said.