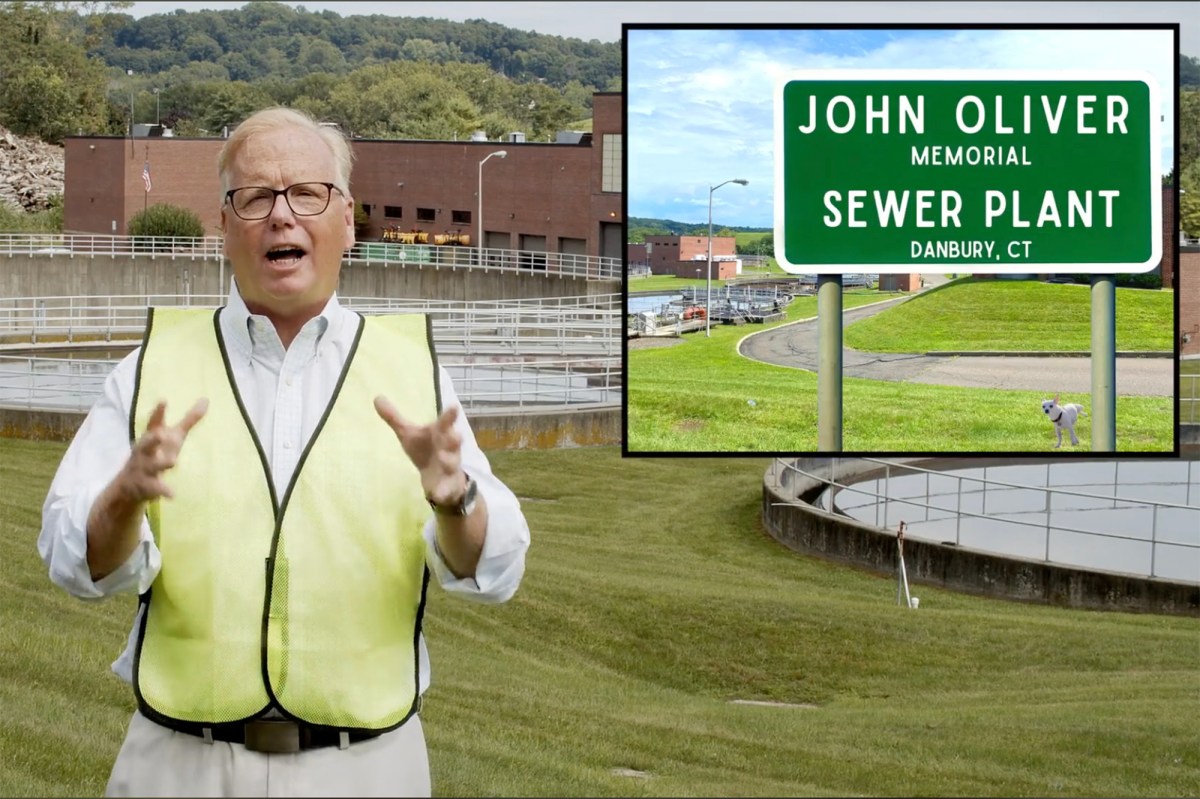 The British comedian took the piss out of Danbury on his HBO show last week — so officials are naming the local sewage plant after him.

“We are going to rename it the John Oliver Memorial Sewer Plant,” Mayor Mark Boughton said Saturday in a Facebook video.

“Why? Because it’s full of crap just like you, John.”

The move comes after the Aug. 16 episode of “Last Week Tonight with John Oliver” in which the host explored the racial disparities in the jury selection process, citing problems in a few Connecticut towns.

He then randomly brought up Danbury, saying: “If you are going to forget a town in Connecticut, why not forget Danbury because — and this is true — f–k Danbury.”

Oliver then noted the town’s “charming railway museum” and its “historic Hearthstone Castle” — before raising a stink.

“Danbury Connecticut can eat my whole a—,” Oliver said.

He continued: “I know exactly three things about Danbury, USA Today ranked it the second-best city to live in in 2015, it was once the center of the American hat industry.”

“And if you’re from there, you have a standing invite to come get a thrashing from John Oliver — children included — f–k you.”

It’s unclear what prompted Oliver to go off on Danbury.

The host also ripped Boughton and other American mayors in 2017 over videos they made trying to draw Amazon to their towns.

In his new video, Boughton tried to wipe the smile off Oliver’s face, saying: “And, oh by the way… We did get Amazon here in Danbury.”