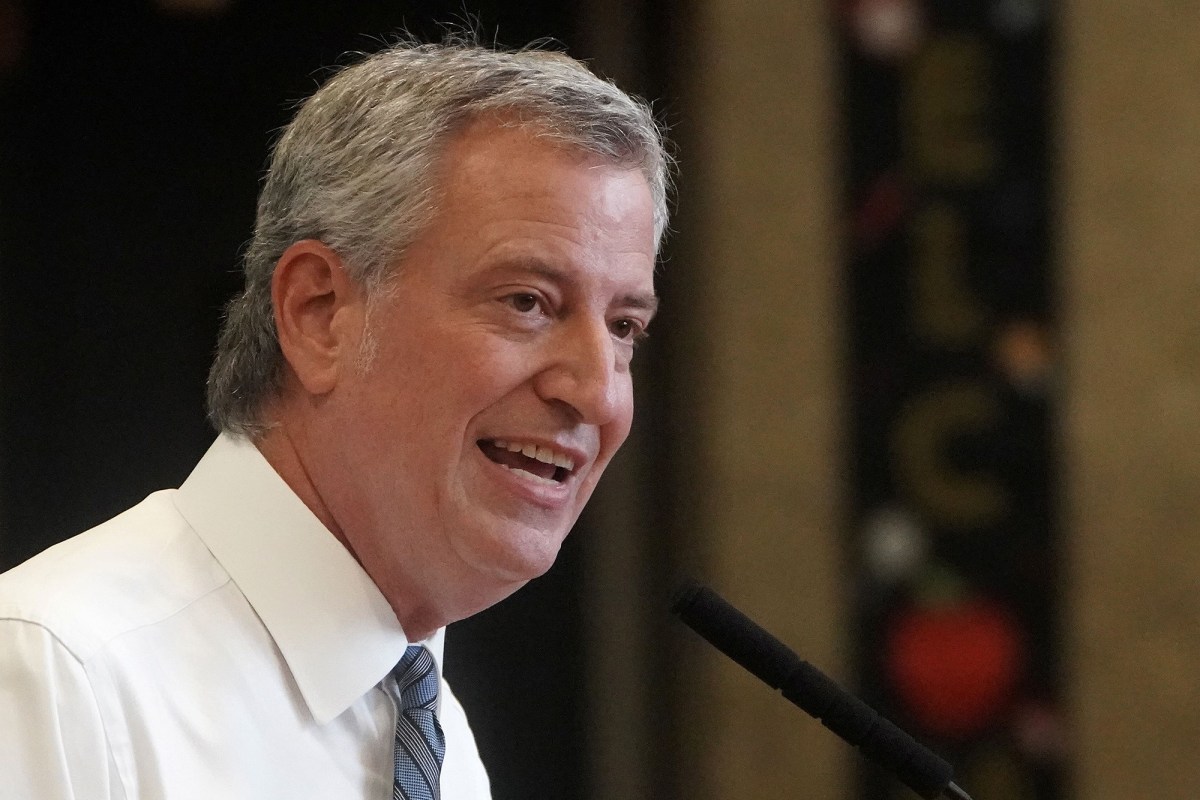 Mayor de Blasio insisted Thursday that the coronavirus pandemic and not the $1 billion his administration cut from the NYPD is responsible for the city’s surging violence — even though his own police department statistics tell a very different story.

“This predates any funding decisions that’s just the truth,” de Blasio told MSNBC’s Katy Tur when she asked about police unions blaming rising crime in part on defunding the NYPD.

“We saw the violence start in earnest May into June into July. It’s clearly because things came unglued,” de Blasio said referring to COVID-19 fallout including job loss, closed schools, and a truncated court system.

“The original cause of this is all the effects of the coronavirus,” he said.

The mayor and City Council passed a budget in late June that knocked NYPD funding down to $5 billion from $6 billion in response to calls from anti-police activists to “Defund the Police.”

While shootings were up 64 percent in May compared to the previous year, they doubled to 130 percent in June, according to NYPD data.

The spike coincided with the NYPD’s decision to disband the undercover anti-crime unit responsible for taking guns off the streets after critics pointed out that the plainclothes patrol accounted for over half of police-involved shootings.

After the budget cuts took effect shootings jumped even higher, increasing by 177 percent in July and 166 percent in August.

“They are trying to say anything at this point. Surprised he didn’t use climate change,” as a driver of rising crime, a police source told The Post about the mayor blaming crime solely on the pandemic — and even claiming Wednesday that a COVID-19 vaccine would help curb shootings.

Meanwhile gun arrests were down from May through mid-August when they finally caught up with the number of arrests from 2019.

Later in the MSNBC interview de Blasio seemed to contradict himself, saying he’d put more money into the NYPD if the federal or state government helped ease the city’s coronavirus-induced budget crisis.

“If I had additional resources I’d invest even more in public safety both through policing and the community-based solutions,” he said.

But, he said, the “clear and present danger” was to reverse the 22,000 layoffs of municipal workers before pouring money into public safety.