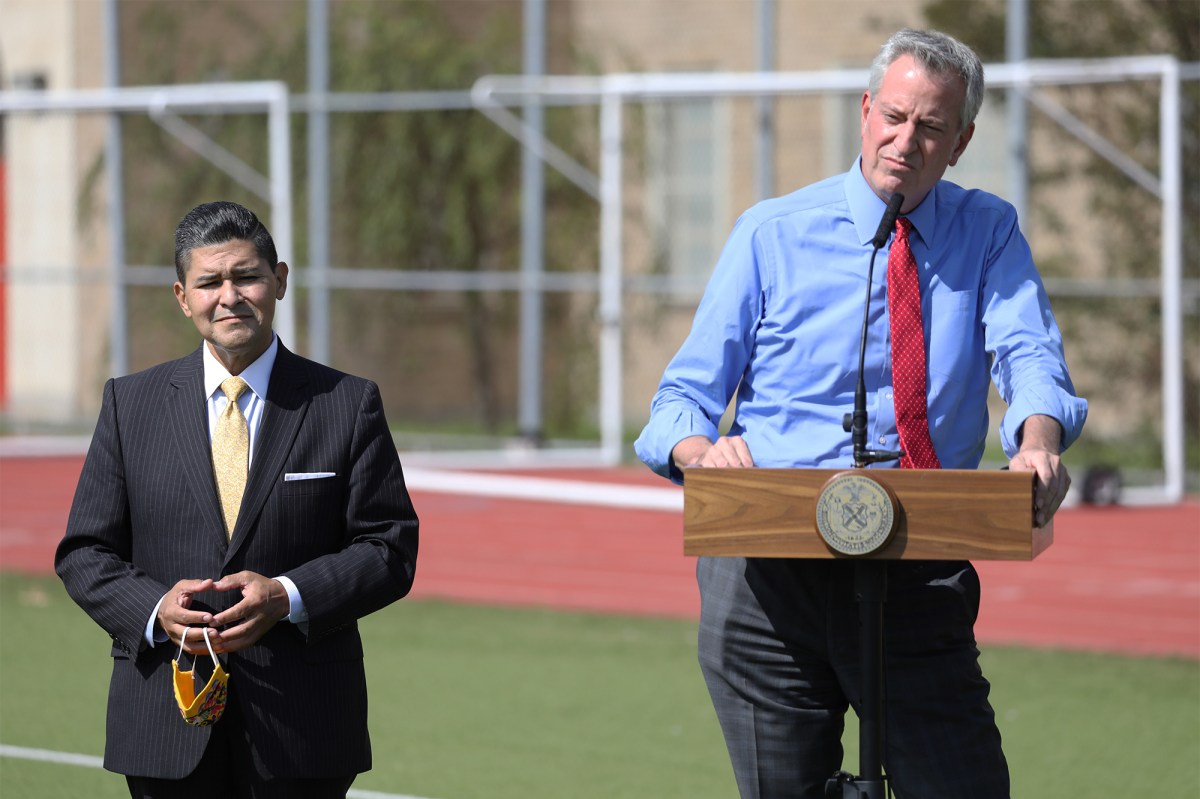 This vote is for confusion!

Mayor Bill de Blasio and his schools chancellor, Richard Carranza, set off a wave of Election Day doubt Tuesday when they seemed to suggest that New York’s public schools will not be used as polling places on Nov. 3.

“I was a government teacher, I believe in democracy, but I also believe that kids should be in school in the safest possible environment especially during a pandemic,” Carranza told reporters during the daily press briefing at City Hall.

“We continue to engage with the Board of Elections in finding alternate locations to be used as voting locations,” he said, before adding: “We’ll have more to say about that. But I think, as I’ve had conversations with many of the gentlemen at this table” — referencing the leaders of the powerful teachers and principals unions that sat beside him — “we all agree that we should be limiting the amount of human beings entering school buildings to the absolute minimum necessary to carry out our missing and our mission is to educate kids.”

Carranza made the remarks as he and de Blasio took questions about the deal they struck with those unions to delay the restart of in-person learning in city schools until Sept. 21. Virtual learning will restart later than scheduled, too, beginning on Sept. 16.

The teachers union, the United Federation of Teachers, had threatened to strike unless the reopening was delayed.

The chancellor’s remarks immediately followed comments from Hizzoner, who also seemed to raise doubts whether schools would be used as polling locations at all.

“In the scheme of things it seems like a ways off,” de Blasio said of the looming Nov. 3 general election.

City Hall and the Department of Education refused to clarify the remarks made by the pair beyond issuing a vague statement that read in part that educrats are working with the Elections Board “to determine the potential use of alternate locations during both early voting and election day.”

It added: “The safety of our buildings is our first priority and we are continuing to work with all of those at the table to make sure schools are able to safely serve their primary purpose of educating students during this critical year.”

The stunning turn of events caught the Board of Elections off-guard, with the embattled agency’s head Mike Ryan calling de Blasio’s remarks “not clear.”

He insisted that the new restrictions on using schools as voting locations would apply only to early voting, which parents have long complained about.

“There are certainly conversations ongoing with our strategic partners, the Department of Education,” Ryan said.