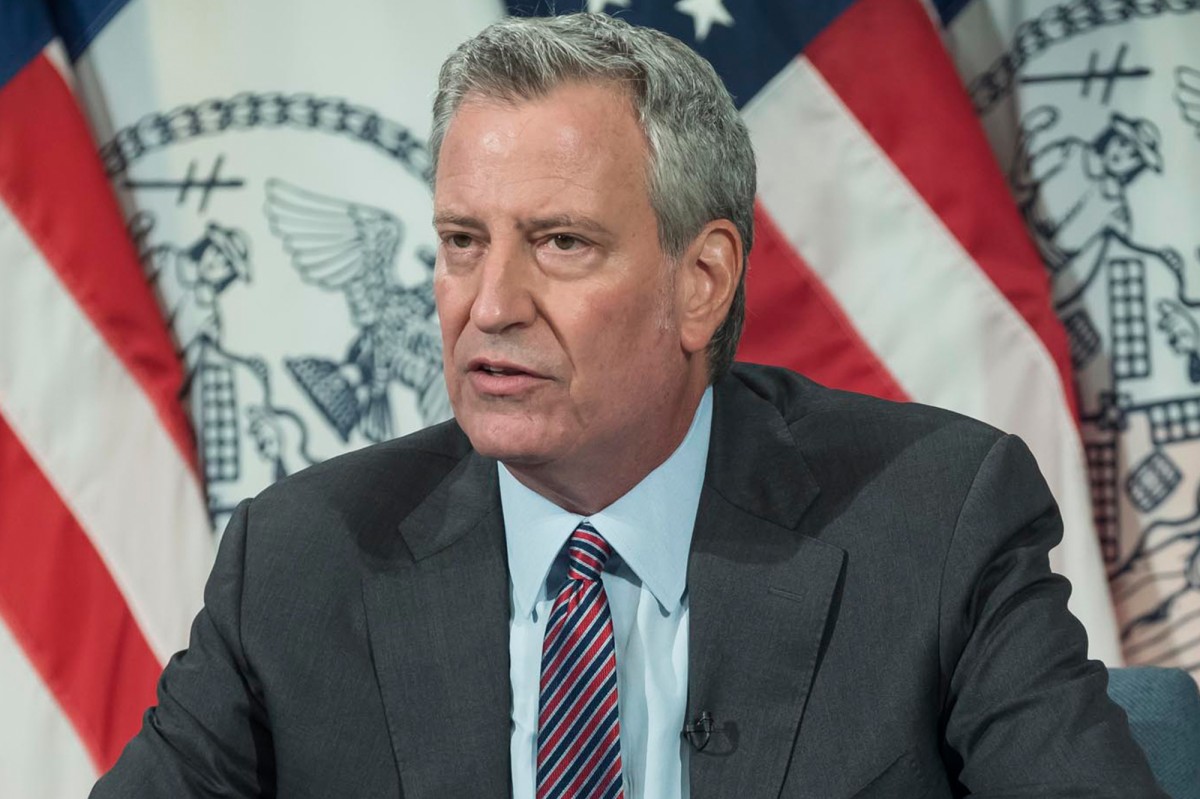 “We are dealing with a challenge we’ve never seen in the city. It is, thank god temporary… there will be a vaccine, there will be a turnaround,” de Blasio said when asked about the surging gunplay at his daily press conference.

The NYPD reported Wednesday that shootings have spiked by 151 incidents in August, from 91 to 242, which is a 161 percent increase from the same time last year.

For the past 13 weeks, Gotham has been marred by gun violence with 375 more shootings and 499 more victims compared to the same time last year as of Monday.

On Sunday, the city surpassed 1,000 shootings for the first time since 2015, with four more months remaining in the year.

Both hizzoner and Police Commissioner Dermot Shea, who did not appear with the mayor, pointed to the increase in gun arrests over the last two weeks as a positive sign.

At the end of August, cops made up some ground in firearm collars after two months of weekly decline, logging 359 arrests — two more than last year.

“Despite all the continuing challenges, our NYPD officers are undaunted,” Shea said.

For the year, firearm arrest remain down roughly 5.7 percent compared to last year, NYPD data shows. Overall in 2020, police have made nearly 60,000 fewer arrests or about 39 percent of last 2019’s collars year to date.

In addition, murders and burglaries were both up compared to August of last year, according to the data — with murders rose from 36 last August to 56 this August, and burglaries increased from 1,076 to 1,310.

The claim comes as the de Blasio administration and NYPD top brass offer little details publicly on how the department plans to curb the surge in gun violence after previously pointing fingers. NYPD officials said Tuesday they were rejigging overtime caps to get more cops on the street through Labor Day.

Claims that the slowed courts, coronavirus releases and bail reform were at the center of a significant shooting increase have been debunked by The Post.