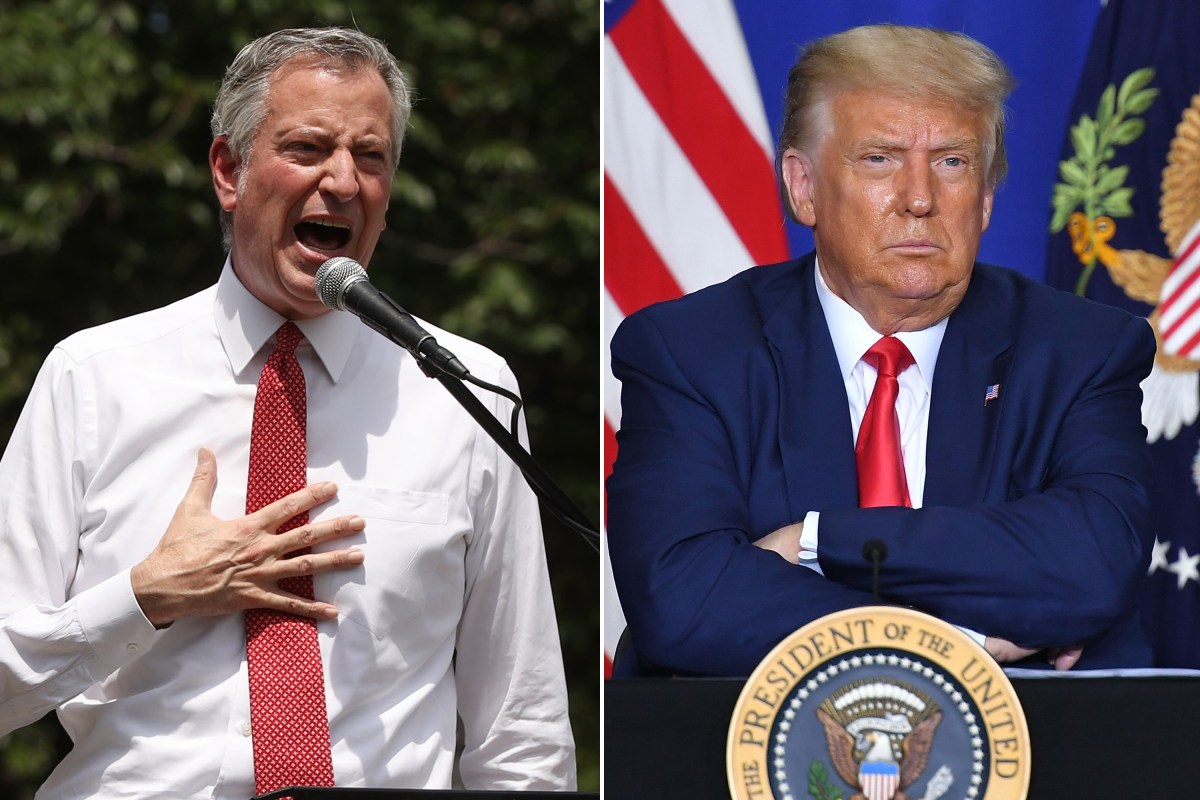 See ya in court.

That was Mayor Bill de Blasio’s response on Thursday to President Trump’s ordering the federal government to find ways to defund New York City for defunding the police department.

The mayor began his daily press briefing by taking shots at the president, who on Wednesday signed a memo to look into how to pull federal funding to the Big Apple, Washington, DC, Seattle and Portland — cities he says have devolved into “lawless zones.”

“If you persist in trying to deny the funding that’s keeping New York City going in the middle of this crisis, we will see you in court,” de Blasio said, “and once again, we will beat you in court.”

Hizzoner was referring to a ruling by an appeals court in April that blocked the Trump administration from holding up millions of dollars from so-called “sanctuary” cities, including New York City.

“By the way, your words don’t carry much weight on this topic because the Supreme Court has spoken,” de Blasio said. “The president of the United States can’t interfere with funding for cities and states just because he feels like it. We have laws in this country.”

He then railed against the president, claiming he failed New York and Americans in handling the coronavirus pandemic.

“You failed us and now you want to punish us? It makes no sense,” de Blasio said.

Later in the press conference, he called the threat “clearly a campaign stunt.”

“I think this is another one of his blusters that will go nowhere,” he said.