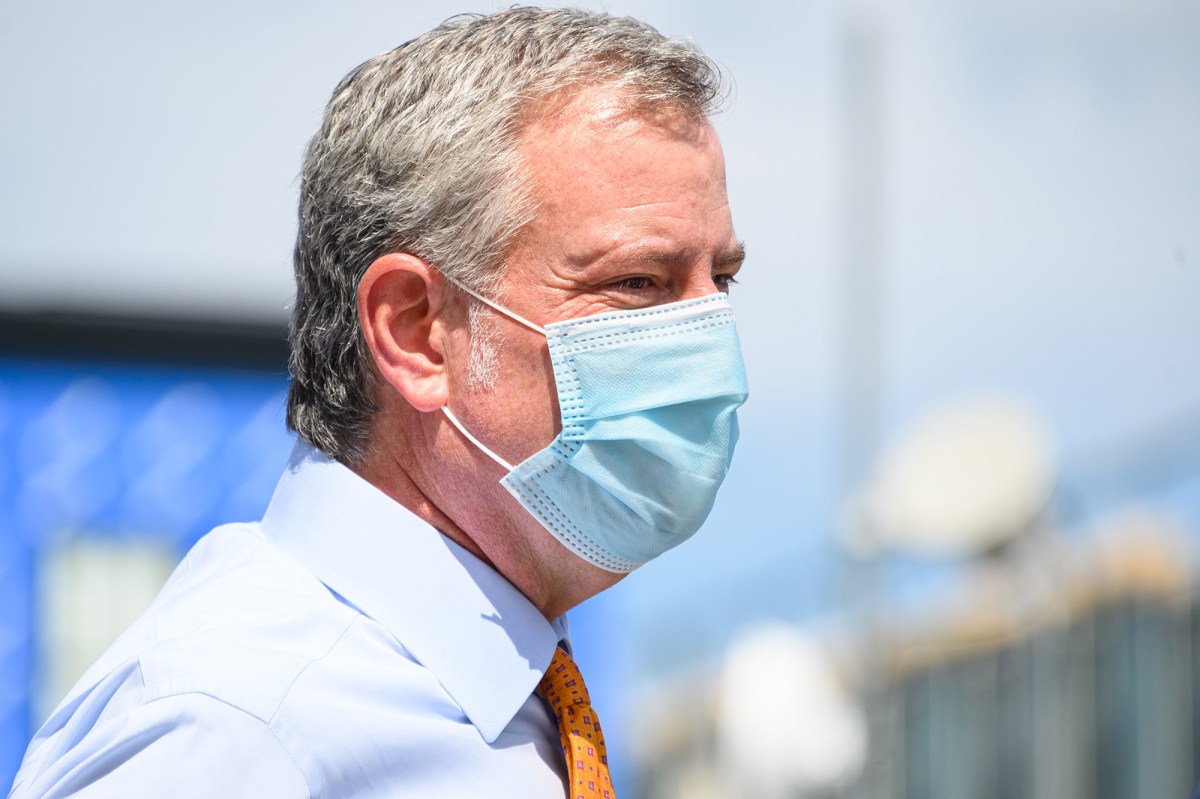 Mayor Bill de Blasio bluntly said he has “no plan” for the return of indoor dining in New York City, citing a link between eating inside and a resurgence of the coronavirus in other parts of the world.

A Manhattan caller named Sharon had asked the mayor if there was any possibility that restaurants would be fully reopened this year. Right now, they’re only allowed to have outdoor seating or takeout.

“There’s not a context for indoor dining. We’re never saying it’s impossible. But we do not, based on what we’re seeing around the world, we do not have a plan for reopening indoor dining in the near term,” de Blasio said.

He cited COVID-19 resurgences in Hong Kong and Europe linked to the activity.

Andrew Rigie, head of the NYC Hospitality Alliance, was infuriated by Hizzoner’s answer.

“If there’s no plan to reopen in the near term while the rest of the state is open indoors, what’s the plan to support New York City’s small businesses and workers while they’re shut? Where’s the rent relief?” Rigie asked.

Some 100 restaurants in Brooklyn and Staten Island are planning a class-action lawsuit to force the mayor and the governor to immediately reopen their eateries.

Only about 10,000 of the city’s 25,000 dining establishments are participating in the city’s outdoor dining program, and even with that, 83 percent couldn’t pay their full rent last month, according to a survey by Rigie’s group.

Over half of the hospitality industry workers in New York are jobless, according to Eater.

City Council Minority Leader Steven Matteo (R-Staten Island) also slammed de Blasio for not even having a timeline while eateries go under.

“This administration is going to put restaurants in our city out of business if it does not allow indoor dining. It is absolutely unacceptable that the mayor has no plan and no ideas on how to make this happen,” Matteo said.

“Allow indoor to open now with the proper protocols in place — restaurants literally cannot afford to wait anymore,” he said.