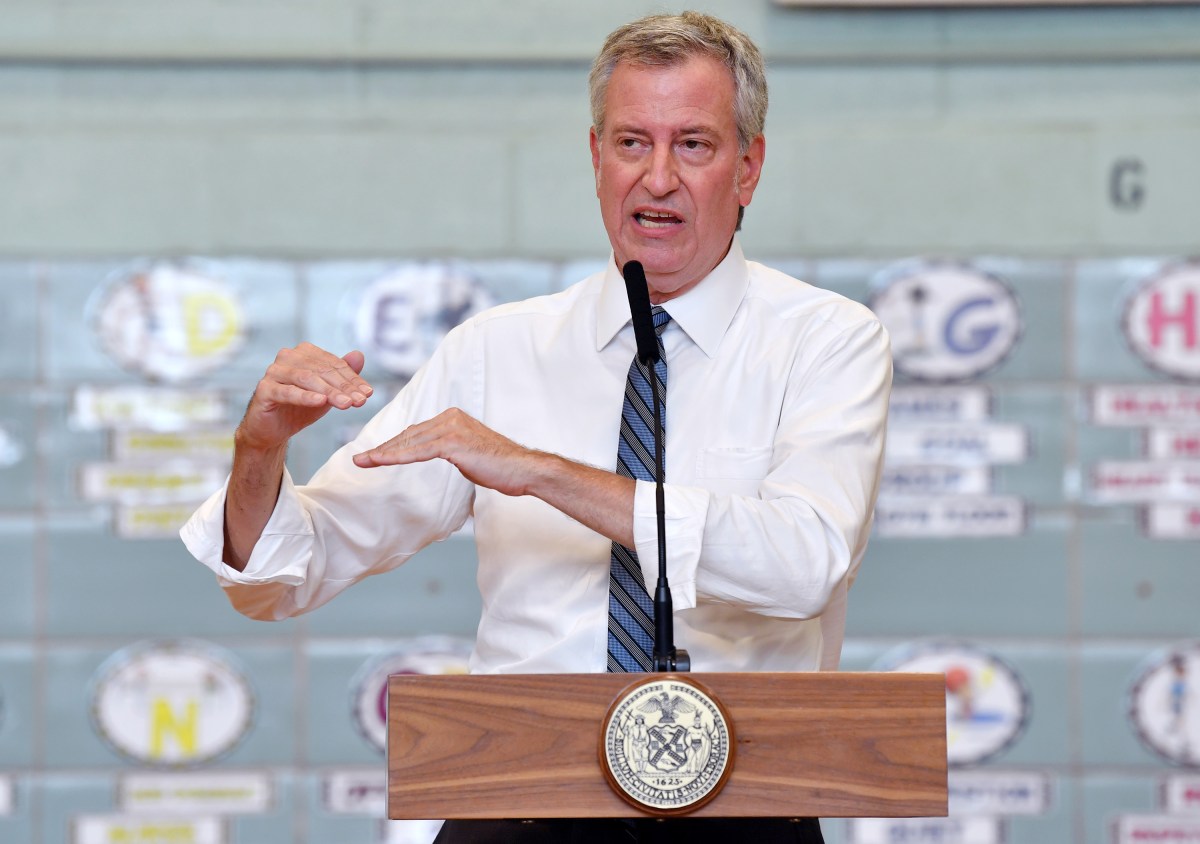 “This is not just some bureaucratic adjustment, this will fundamentally undermine New York City’s recovery,” de Blasio said in a statement Friday, following a phone call with FEMA Administrator Pete Gaynor on the rule change that takes effect Sept. 15.

“Today I spoke with FEMA Administrator Pete Gaynor and made clear that these rule changes are unacceptable,” de Blasio said.

“There are no good answers or excuses for taking away support for our frontline workers, first responders, teachers, schoolchildren and so many more New Yorkers. We will fight this with everything we have, and we will continue to keep New Yorkers safe, especially in the face of continued recklessness from the White House,” he added.

The new policy eliminates federal support for the virus-safe operation of courthouses, public transit, public housing, schools and other public facilities— including funds for cleaning and protective equipment.

New York State has received $1.3 billion from FEMA since the pandemic began in March.

De Blasio is working with Senator Minority Leader Chuck Schumer and the city’s congressional delegation, to fight the rule change.

New York City is poised to lose anywhere from $350 million to over $1 billion, according to the mayor.

Reps for FEMA did not immediately respond to a request for comment.