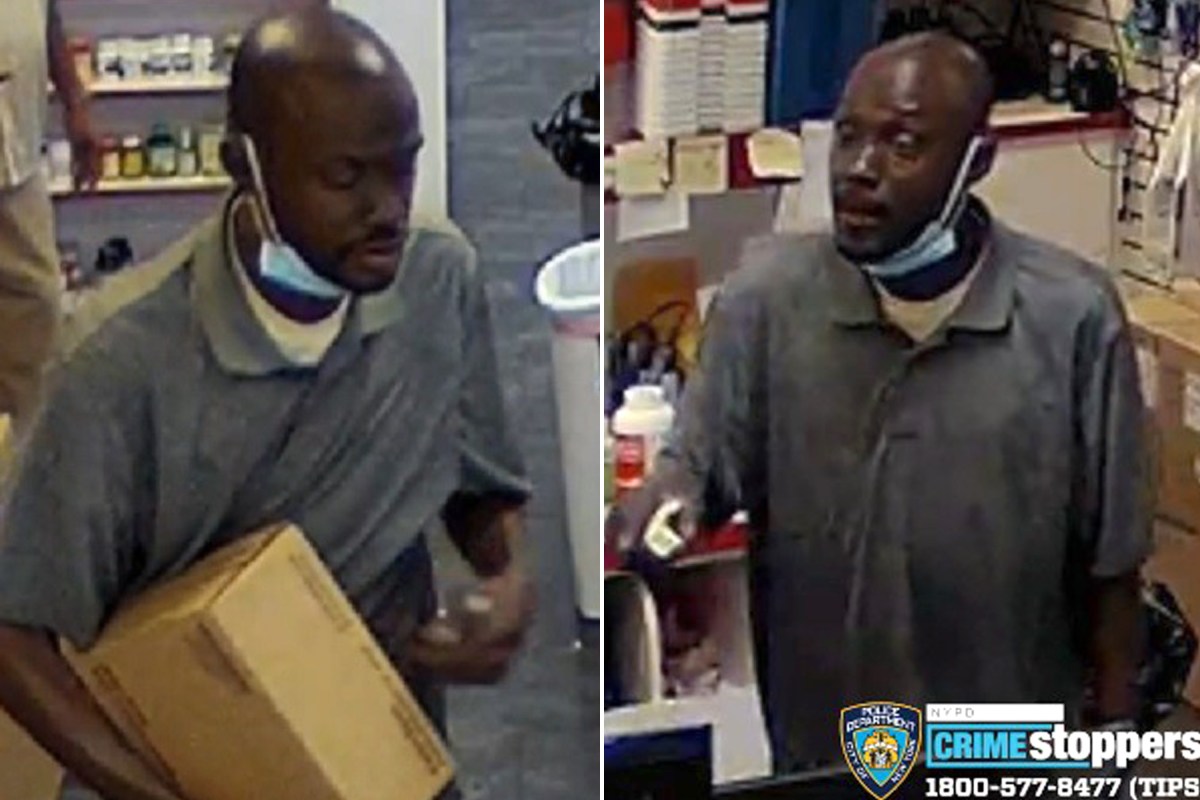 A man threatened a pharmacy clerk with a knife during a robbery in the Bronx — but the worker refused to hand over the dough despite the weapon, police said.

He then heads to the register and points the knife toward the store clerk, the footage shows.

When the worker refused the man’s demand for cash, he took $150 from the register himself, grabbed a box of Ensure Protein drinks, and fled, police said.

Police are seeking the public’s help in identifying the assailant, who is bald and last spotted wearing a gray polo shirt, jeans and a blue medical mask pulled beneath his chin.