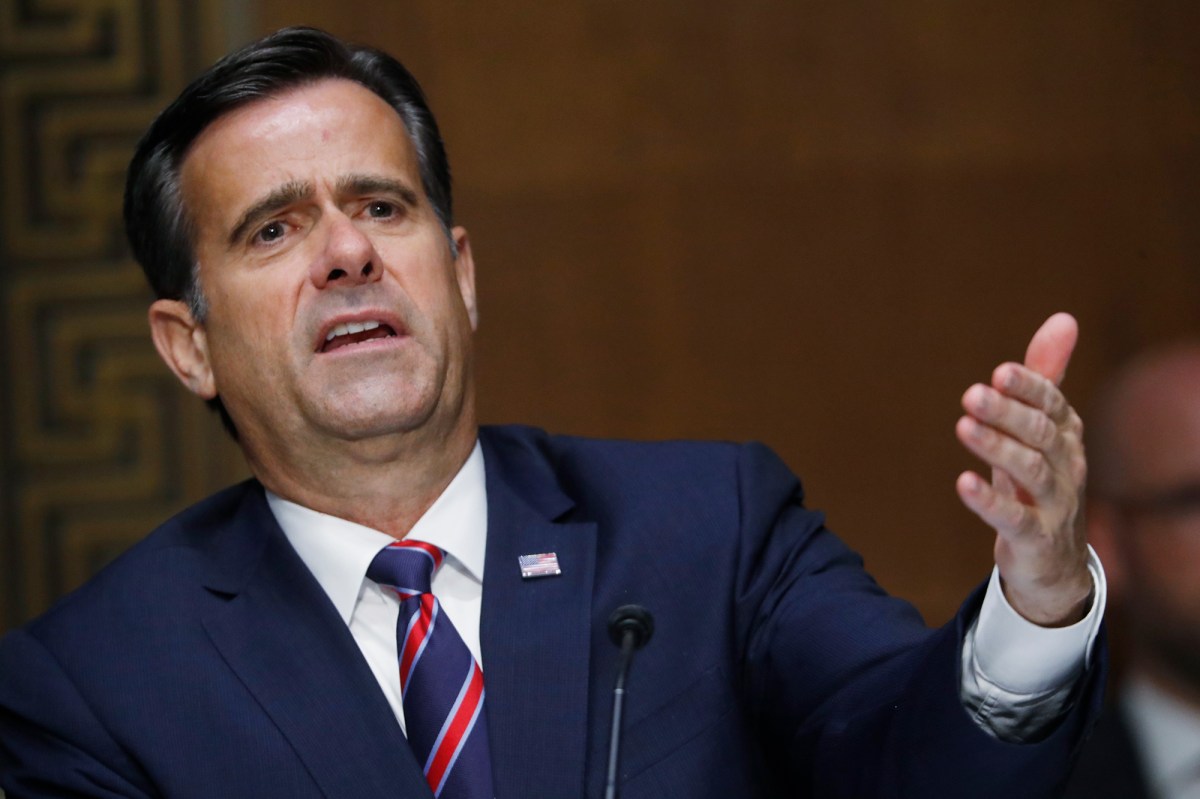 Director of National Intelligence John Ratcliffe on Sunday defended his office’s decision to end in-person briefings to Congress about election security — as Rep. Adam Schiff said the Democratic-led House may subpoena intelligence officials to get the material.

Ratcliffe, who notified the House and Senate intelligence panels Friday that he would be sending out written reports instead, told Fox News on Sunday that information had been leaking out of the oral briefings almost immediately.

“Within minutes of one of those briefings ending, a number of members of Congress went to a number of different outlets and leaked classified information for political purposes,” Ratcliffe told host Maria Bartiromo on “Sunday Morning Futures.”

“To create a narrative that simply isn’t true, that somehow Russia is a greater national security threat than China.”

Ratcliffe said he doesn’t want to “minimize” Russia’s threat to the 2020 election.

“They are a serious national security threat, but day in, day out, the threats that we face from China are significantly greater,” he said. “Anyone who says otherwise is just politicizing intelligence for their own narrative.”

But Schiff, the head of the House Intelligence Committee, accused the administration of playing down the threat of Moscow trying to meddle in the election as it did in 2016.

“They’re going to put it in writing now instead of giving an oral briefing. That doesn’t make any sense unless the goal is not to allow members of Congress, the representatives of the American people, to ask questions,” Schiff told CNN’s “State of the Union.”

“Concealing the truth is concealing Russians are again intervening to help the president in his reelection,” he added.

The California Democrat said the House may subpoena intelligence officials before the November election, saying it is “certainly one of the tools that we may use.”

He said the decision would ultimately be up to House Speaker Nancy Pelosi.

Schiff argued that intelligence about foreign interference in the election doesn’t belong to Trump personally.

“And the American people ought to know what Russia is doing, they ought to know their President is unwilling to stand up to Vladimir Putin,” Schiff added.

Pelosi and Schiff in a statement Saturday said the decision by the intelligence community to end the oral briefings is a “shocking abdication of its lawful responsibility to keep the Congress currently informed.”

Trump on Saturday singled out Schiff on Saturday as one of those who were spilling the beans.

“Director Ratcliffe brought information into the committee and the information leaked,” Trump told reporters as he surveyed hurricane damage in Texas. “Whether it was Shifty Schiff or someone else, you have leakers on the committee who are doing bad things … and he got tired of it.”