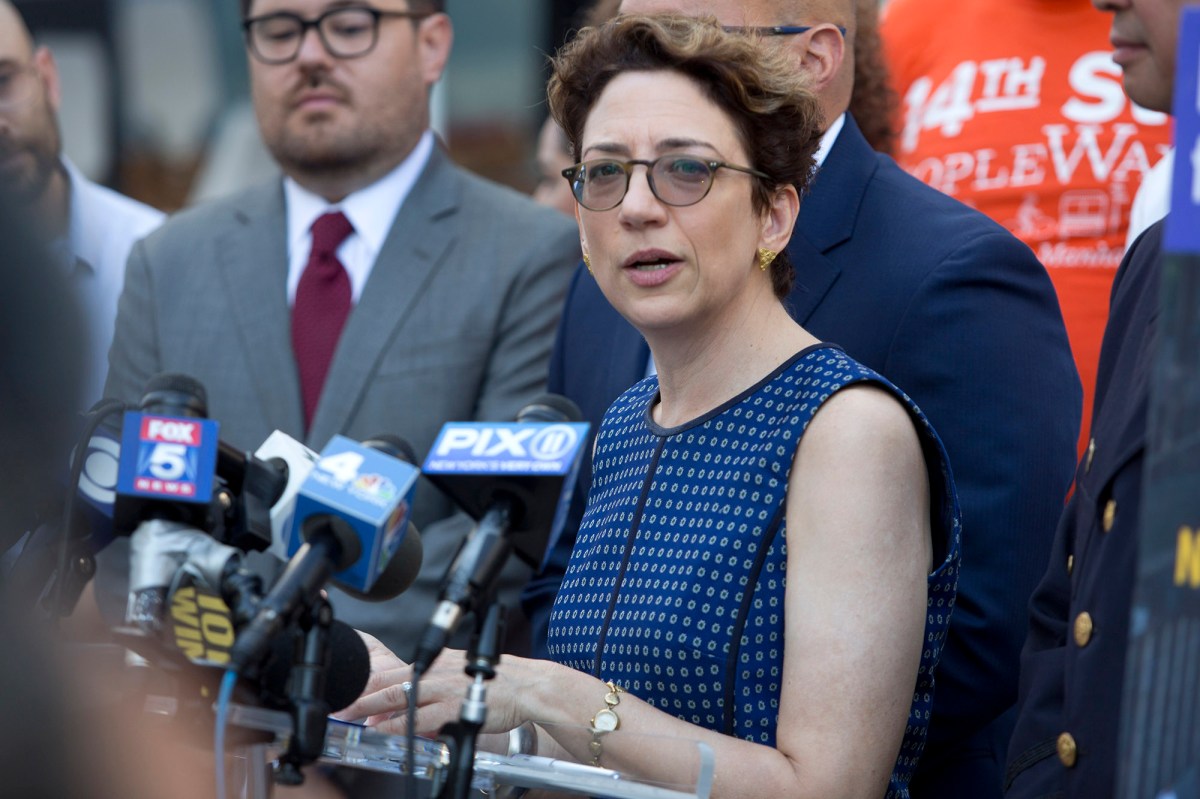 Transportation Commissioner Polly Trottenberg said the city allowed the company to resume operations despite three recent user fatalities after hearing from “a lot of folks who really support Revel.”

“We tried to find something of a sweet spot — not completely shutting them down for months and months while the city does its customary regulatory process, but letting them restart with a much more tightly-designed safety regime,” she continued.

“The city is now going to pursue a formal rule-making, so that we will have a more formalized set of regulatory requirements for Revel or any other shared moped system that wants to come into the city.”

Mayor Bill de Blasio ordered the fleet off city streets on July 28 after three fatal collisions in the span of just 10 days.

The app-based scooter-share service had been operating on city streets since 2018, but boomed in popularity after the start of the coronavirus crisis in March.

After service stopped, de Blasio pledged to only allow the company’s reentry if “it can be done safely.”

Revel has since added mandatory “how-to” videos and a safety test, as well as a requirement that riders take a “helmet selfie” before use.

The 30-mph scooters do not require a motorcycle license to rent, but one former worker previously told The Post that riders are often unprepared to handle the bikes — which they said were “cheap” and plagued by problems.

The company offers voluntary in-person safety courses, and has now increased the availability 10-fold to 1,164 spots per week, the DOT said Thursday.

As part of a 60-day pilot, the company will also not operate from midnight to 5 a.m. — times when DOT said Revel data show a higher rate of crashes.

Trottenberg promised to be “very involved with” the company moving forward, and said she is already recommending additional questions on the safety test. She insisted the app-based safety tests are helpful because 17 percent of Revel crashes happen during the rider’s first trip.

“When Revel started in 2018, they were pretty small, they were operating in a very limited part of the city, and, I’ll just be honest with you, we weren’t really getting a lot of complaints. There didn’t seem to be a lot of safety issues,” Trottenberg said.

“Obviously a lot of things changed this summer. There was a much bigger demand.”

Manhattan construction worker Darnell Dyer, 29, a daily Revel-er before the company shut down, said he expects the safety quiz to deter some potential riders.

“Nobody wants to wants to watch a video, take pictures of themselves each time, answer questions, it’s inconvenient,” Dyer said.

“It will help, but it’s gonna cut into their business.”