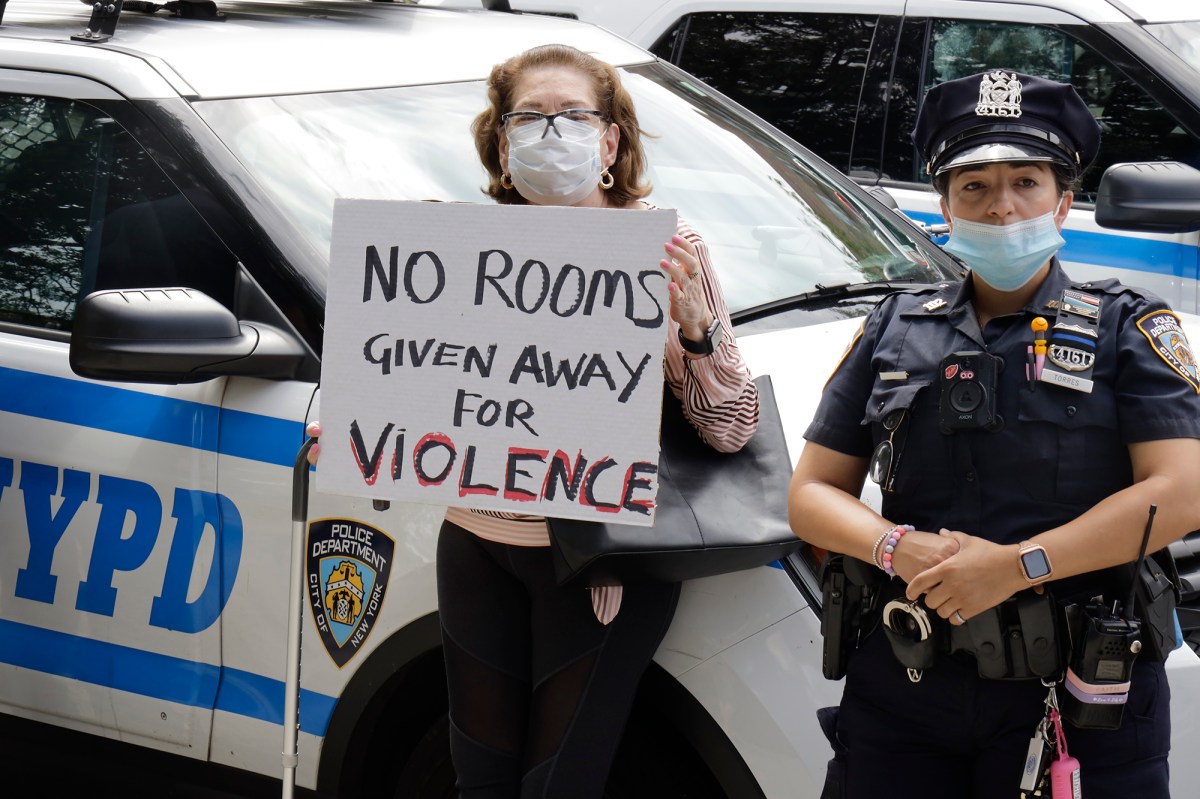 Dozens of locals and lawmakers took to Queens Borough Hall on Sunday to protest the transformation of a nearby hotel into a violence-magnet “flophouse.”

“This is a community crisis,” said Andrea Crawford, a Kew Gardens resident and member of Community Board 9, of the decline at the Umbrella Hotel. “This is a health crisis. This is a crime crisis.”

The hotel opened in 2017 as what was supposed to be an upscale destination but, amid hard times, has drastically slashed rates, turning into an alleged hub of drug-dealing, all-night parties and violence, with two shootings documented in two months, locals and officials have said.

Crawford was one of about 50 concerned locals to gather Sunday outside Borough Hall, which sits across Queens Boulevard from the hotel.

She took Queens district attorney and former borough president Melinda Katz to task for staying silent as the problem festered just feet away.

“We’re a few blocks from the DA’s Office. Where is Melinda Katz on this?” asked Crawford. “She’s doing nothing about this hotel. We have heard nothing from her.”

City Councilman Donovan Richards, a Democrat representing southeast Queens and Far Rockaway vying to be the next borough president, said that such conditions wouldn’t continue on his watch.

“I’m not going to allow this to happen across the street from my office,” said Richards, opining that the solution is requiring a more thorough vetting process for potential new hotels, with final say by the City Council.

Signs carried by protesters included, “This is a family neighborhood, not a shooting gallery” and, in reference to PS 99, “A school is a block away. Are your children safe?”

As the demonstration was going on, a man and a woman emerged from the hotel loudly arguing with each other, forcing NYPD cops to step in before the spat turned physical.

The woman then threatened to spit on journalists gathered to document the demonstration.

Neither Katz’s office nor the Umbrella Hotel immediately responded to requests for comment.