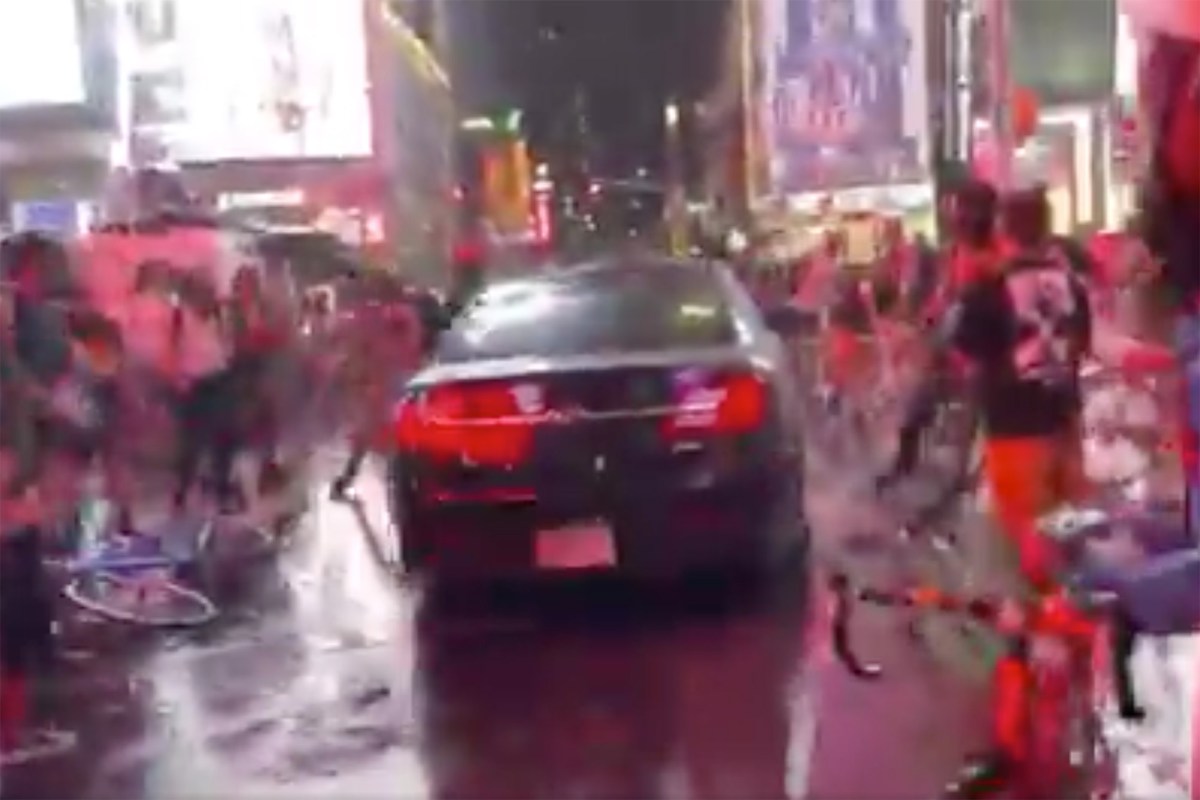 A car rammed through a crowd of protesters in Times Square who were demonstrating against police brutality on Thursday, according to social media footage.

Dozens of demonstrators were gathered in the Crossroads of the World chanting “No justice, no peace,” shortly after 8 p.m. when the car approached and honked repeatedly at the group, video posted to Twitter shows.

At least two protesters with bicycles stood in front of the vehicle, which appeared to be a Ford Taurus, attempting to prevent it from passing as the crowd crossed the street.

The driver of the car stopped for a brief moment initially — but then suddenly hit the gas and sped away, ramming through the screaming protesters.

It’s unclear if anybody was injured. Police did not immediately have information on the incident.

After the confrontation, protesters regrouped and continued to march through the streets of Manhattan.