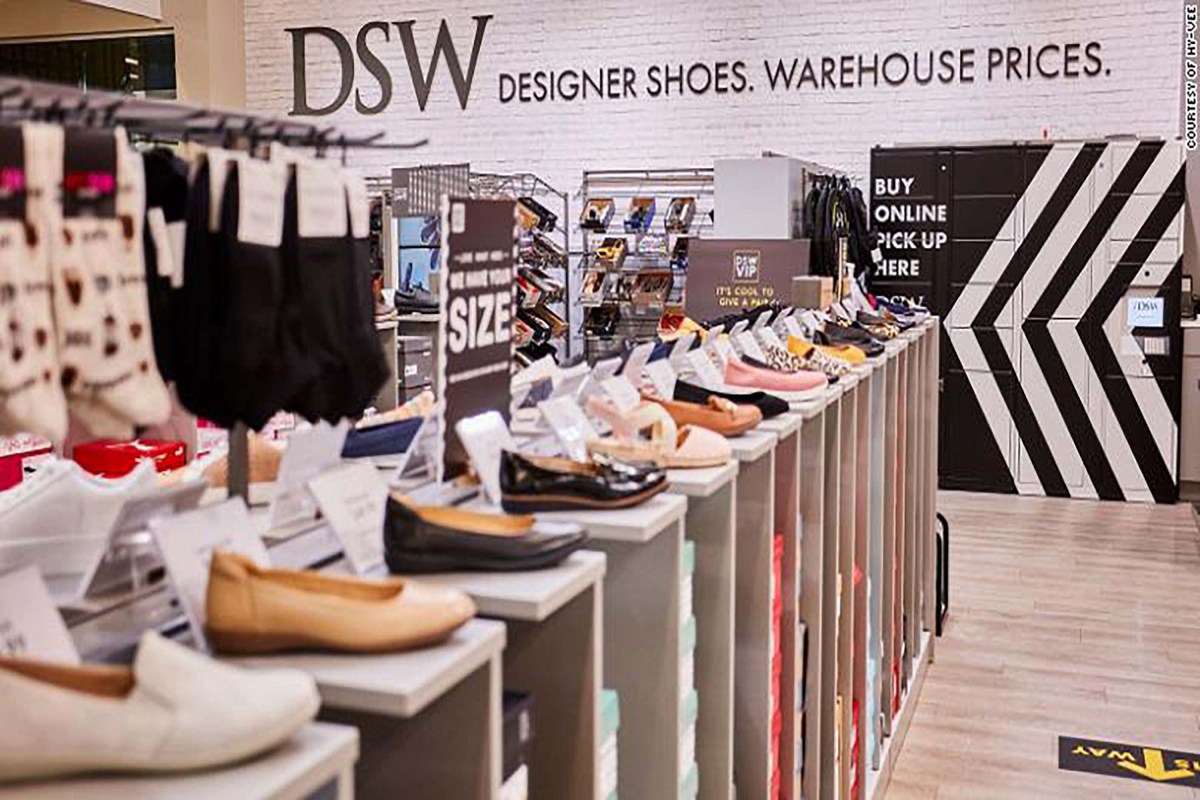 Footwear retailer DSW just opened a pair of 1,200-square-foot shoe shops inside two supermarkets in Minneapolis — each of them located at the front of the store, with as many as 3,000 pairs of shoes to choose from.

Customers can either pay for their shoes in the checkout lane at Hy-Vee, a regional grocery chain in the Midwest, or separately inside the DSW mini shop. Some Hy-Vee locations will also will have DSW pickup lockers, allowing customers to order from dsw.com and have their order shipped directly to the supermarket, the companies said.

While it looks like a bid to catch shoppers during the coronavirus pandemic, the companies began talking about the tie-up more than a year ago before first announcing it in April, Bill Jordan, chief growth officer at Designer Brands, told CNN.

“We were already thinking at the time about how to make the shoe shopping experience easier for customers. In many cases, grocery stores are the number one shopping destination that people go to again and again,” said Jordan. “This has become more so through the pandemic.”

DSW, which is owned by publicly held Designer Brands, said earlier this month that it will focus on casual shoes amid a steep sales decline due to the pandemic. Sales dropped 43 percent in the second quarter to $490 million, the company reported on Sept. 3.

“In order to serve our customers in the near-term, we are flexing fall inventory receipts away from seasonal and dress products and towards our highest performing category, athleisure, with an emphasis on comfortable and cozy products,” Designer Brands, chief executive Roger Rawlins said in a statement at the time.

Hy-Vee did not add additional space to its stores for the DSW shop-in-shops, spokeswoman Tina Pothoff told The Post.

“Merchandise that was previously in the space was reallocated to different parts of the store,” she said.

Some consumers reacted to the initial news this Spring with disbelief.

“Is it just me that thinks trying on shoes and people messing with their dirty feet in the middle of a grocery store is a little [green frownie emoji] especially if they go to the shoes first and then proceed to touch food after that,” tweeted Dawn P on June 9.