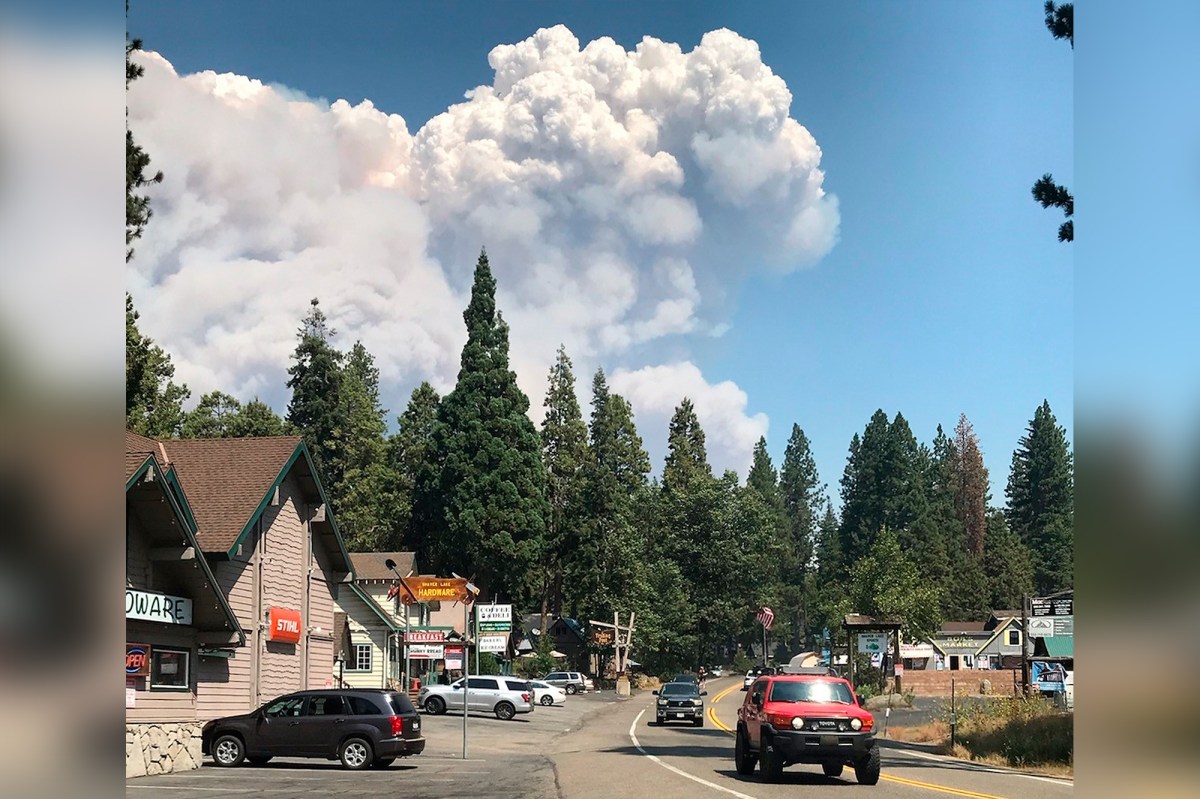 A rapidly growing fire in Fresno County, Calif., has reportedly trapped around 1,000 people who were visiting a campground at a reservoir there.

The wildfire has eclipsed 36,000 acres of the Sierra National Forest, closing off access to the only road accessing the Mammoth Pool reservoir on the San Joaquin River, the San Fransisco Chronicle reported.

Authorities have advised those trapped at the site to shelter in place — and even jump in the water if need be to escape the blaze.

“All our resources are working to make that escape route nice and safe for them,” said Dan Tune, a spokesman for the national forest.

More than 400 personnel from the local fire departments and sheriff’s offices are responding to the scene.

The blaze comes as California suffers through another brutal heatwave in a summer already plagued by excruciatingly high temperatures, planned blackouts and damaging wildfires.

A record-breaking 117 degrees was recorded in Los Angeles’ San Fernando Valley, with 100-degree temperatures hit in multiple locations across the state.

The fire began Friday night but continued to spread Saturday even as crews worked through the night to try to place it under control.

“Once the fire gets going, it creates its own weather, adding wind to increase the spread,” Tune said.

The Fresno County Sheriff’s Office announced evacuation orders Saturday and advised Californians not to try and seek refuge from the sweltering heat in the popular green space.

“Adjust your Labor Day weekend plans. Access to Shaver Lake is completely closed to the public due to the #CreekFire,” the Fresno County sheriff’s office tweeted.