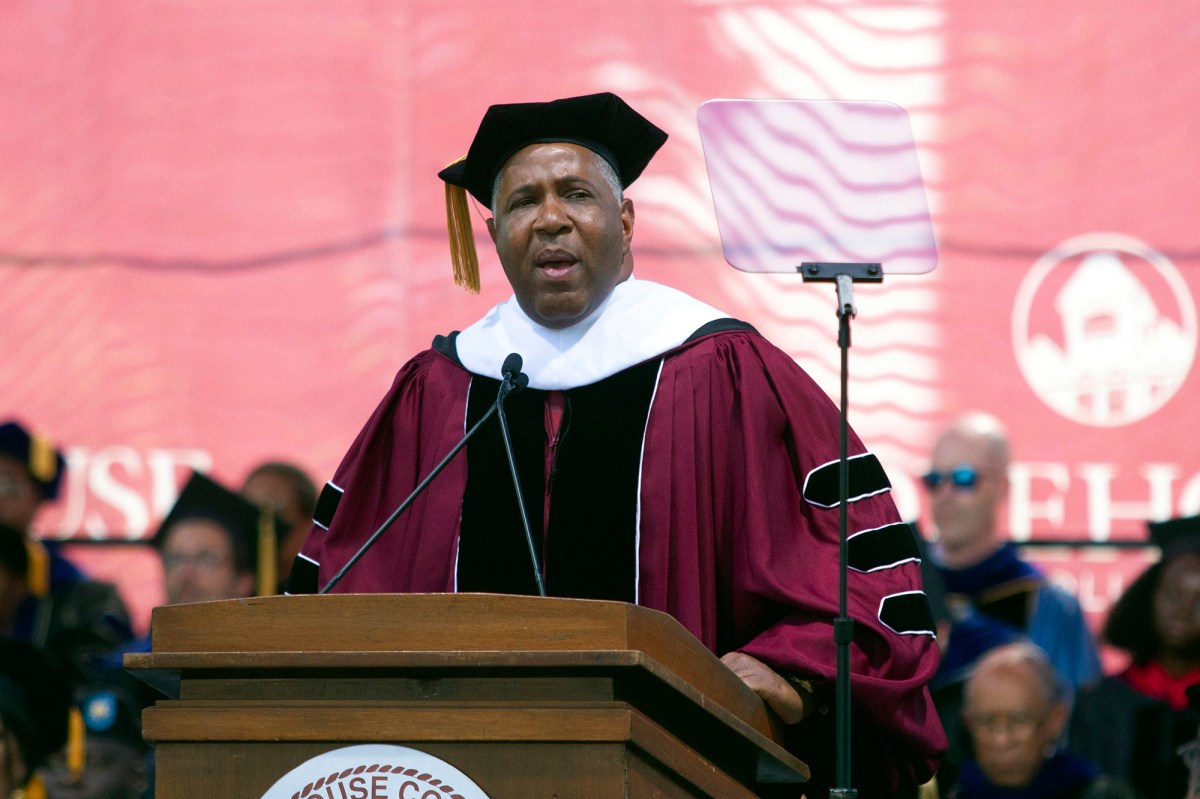 The billionaire financier who promised to pay off an entire college class’s student debt is under federal probe for possible tax crimes, a new report says.

A web of offshore financial transactions is at the heart of the probe of Robert F. Smith, a money manager and philanthropist who is the wealthiest black person in America, according to the Bloomberg News investigation.

The Department of Justice and the Internal Revenue Service are trying to determine whether Smith, 57, failed to pay American taxes on roughly $200 million in assets that flowed through “offshore structures,” the Friday report says, citing people familiar with the matter.

Smith — the founder and CEO of San Francisco-based Vista Equity Partners — is trying to resolve the probe with a civil settlement instead of criminal charges, Bloomberg reported. But if he’s charged and ultimately convicted, he could face prison time and have to cut ties with Vista, which has $65 billion in assets, according to the story.

The reported four-year probe was not publicly known when Smith made headlines last year for pledging to pay off the student loans of Morehouse College’s class of 2019. The life-changing gift was estimated at the time to be worth as much as $40 million — a tiny fraction of Smith’s $6 billion net worth, according to Bloomberg.

A key question in the case is whether Smith was the “beneficial owner” of entities in the Caribbean that received proceeds from Vista’s first private equity fund, known as Vista Equity Fund II, Bloomberg reported.

Some of that money ended up with Fund II Foundation, a charity led by Smith that has given millions of dollars to organizations such as the United Negro College Fund and the Susan G. Komen Breast Cancer Foundation, according to the report.

As its name suggests, Fund II Foundation was set up in 2014 under a deal made when Vista Equity Fund II was established. The agreement required the fund to pay off liabilities to its original limited partner when it was wound down and then give any remaining assets to charity, the foundation’s website says.

Smith may not be held liable for taxes if prosecutors find that the fund proceeds at issue were always headed for charity, according to Bloomberg’s story.

Prosecutors are also pursuing a tax case against Robert Brockman, Smith’s onetime business associate who is the CEO of Reynolds and Reynolds, a company that develops software for car dealers, Bloomberg reported. Smith has had talks with prosecutors about getting leniency in exchange for cooperating with their probes, the report says.

Information about the US investigation was revealed at a February court hearing in Bermuda, where a lawyer speaking on the Justice Department’s behalf said the alleged fraud could “set a record” because prosecutors think $1.5 billion worth of revenue was hidden from the federal government, according to Bloomberg’s report.

Reynolds and Reynolds did not immediately respond to a request for comment on Brockman’s behalf Friday morning.