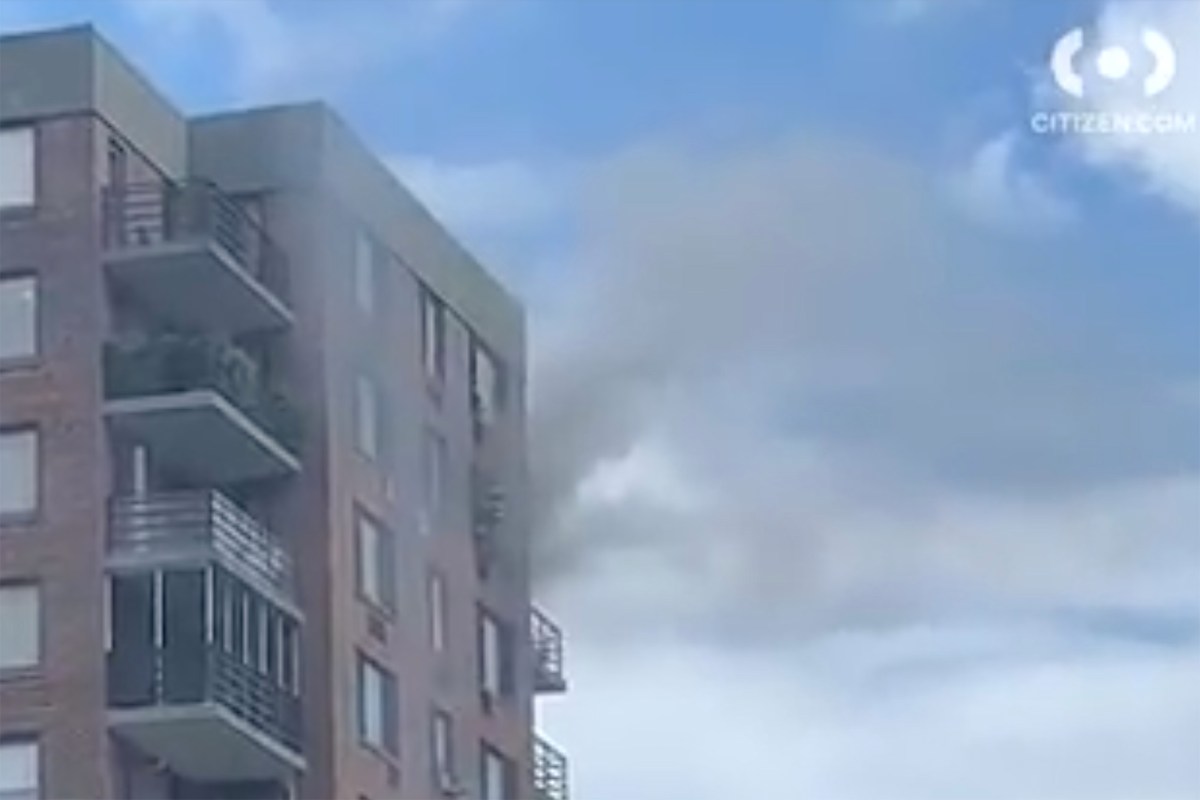 A firefighter rappelled down a burning, 16-story Harlem building Tuesday to rescue someone trapped on the top floor Tuesday, fire officials said.

“He really put his life on the line for her,” 43-year-old witness Thomas McGee told The Post.

“I had to look twice to make sure I wasn’t seeing things, but sure enough, he was there — a firefighter hanging from a rope on the side of the building. He seemed to be comforting a woman through the window.”

A firefighter was spotted by onlookers descending down the side of the building via rope, video posted to social media shows.

Two residents were taken to Harlem Hospital, but their conditions were not immediately known.

Firefighters got thee blaze under control with 40 minutes, officials said.