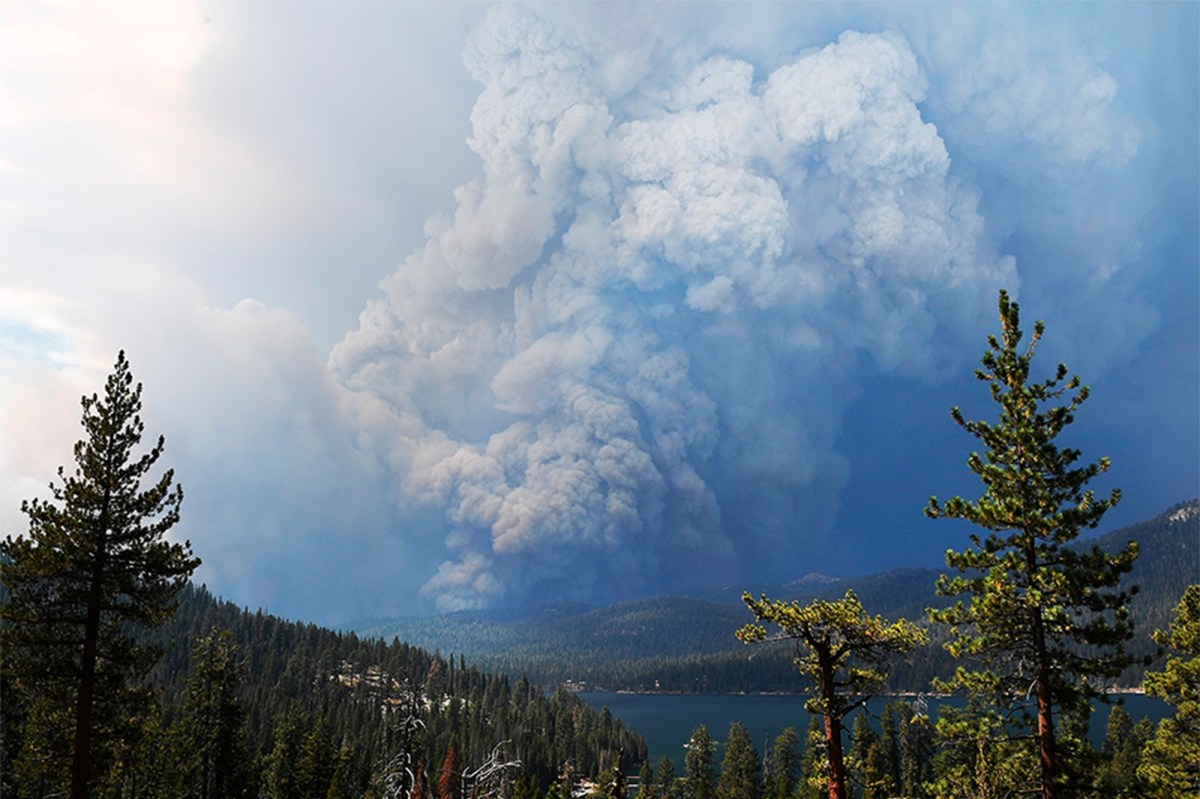 Firefighters are using military helicopters to rescue scores of Californians trapped at a campsite as a fast-spreading fire raged through the Sierra National Forest.

At least 63 people had been airlifted from the Mammoth Pool reservoir on the San Joaquin River, the Fresno Fire Department tweeted early Sunday.

Two of the patients were severely injured; ten suffered moderate injuries and the rest had minor or no injuries.

The rescuing of fire victims would continue through the morning, the fire department said.

An estimated 150 people had become trapped when the Creek Fire blaze spread rapidly Saturday evening, cutting off access to the main road out of the campground, according to the San Fransisco Chronicle.

The fire has engulfed more than 36,000 acres of the park after it began Friday night. It ripped through the parkland as California grapples with a brutal, record-setting heatwave that brought over 100-degree temperatures to much of the state.

There were some 450 personnel on the scene from local fire departments and sheriff offices working to control the fire early Sunday,.