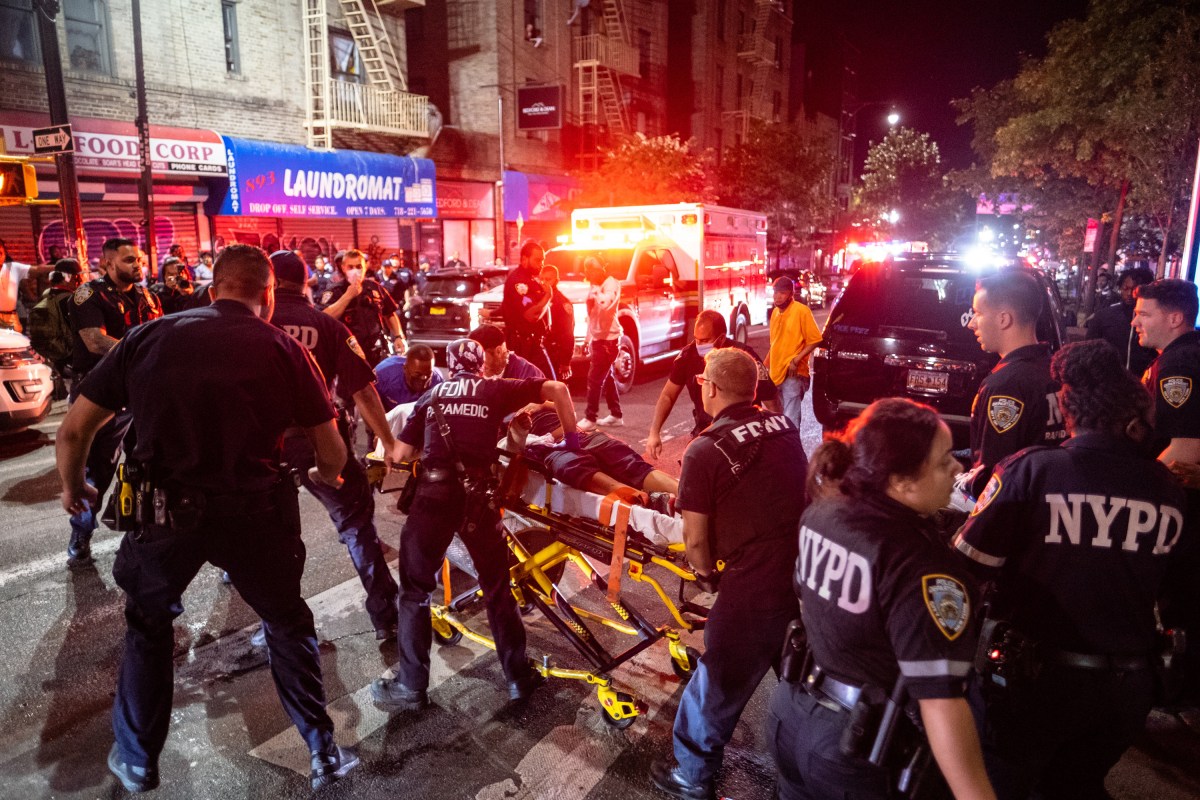 Five people were shot — including a 6-year-old boy — in Brooklyn early Monday morning during an outdoor J’Ouvert celebration, police and witnesses said.

The gunfire rang out just before 3 a.m. at the corner of Nostrand Avenue and Crown Street in Crown Heights where about 300 people had gathered for a pre-dawn West Indian Day celebration.

“It was really crazy — everyone was in shock,” said Joshua Kristal, who was marching with the procession.

All five victims were expected to survive, according to police.

The official J’Ouvert and the West Indian Day events have been canceled due to the coronavirus pandemic, but revelers decided to gather in the early hours anyway.

One of the gunshot victims was a young boy, and immediately after he was struck a woman, who appeared to be the child’s mother, rushed to his aid.

“The boy, his mom was carrying him. You could see there was blood in his pants,” Kristal said of the shooting. “She dropped him, I didn’t know what to do, then I saw tons of blood.”

A woman was also struck in the foot, said Kristal, who then sprung into action and applied pressure to her wound before emergency responders arrived.

Two people were arrested at the scene, each carrying a gun, police sources said. It was unclear if either was the shooter.

In the past, J’Ouvert has been marred by shootings, and the NYPD anticipated large crowds would still gather along the parade route this year despite the pandemic.