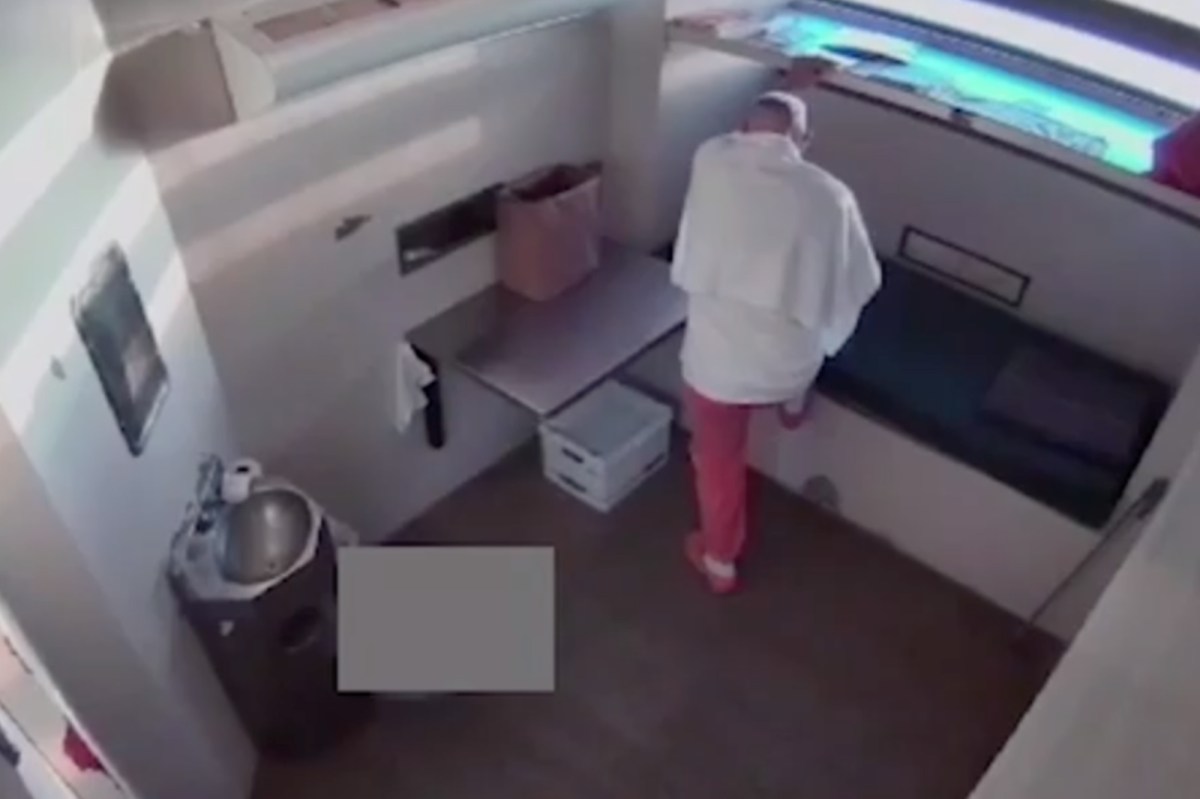 A California prosecutor ripped the “Golden State Killer” Joseph DeAngelo as the “definition of a sociopath” in releasing jailhouse videos that she says proves his “feeble old” man demeanor was all an act.

The newly released recordings from June and July show DeAngelo, 74, climbing on furniture in his cell, exercising in front of a mirror and easily bending over to put on his socks.

The behavior is a far cry from DeAngelo’s image in court, where he’s appeared frail, gaunt and hunched over-relying on a wheelchair to get in and out of the courtroom and a cane to walk, according to KCRA.

Sacramento District Attorney Anne Marie Schubert said the videos prove DeAngelo — who pleaded guilty to a series of rapes and murders that terrorized California in the 1970s and ’80s — doesn’t deserve sympathy.

“After the last two years of court proceedings, many people have asked and wondered, really, who is Joseph DeAngelo?” she said at a press conference last week following DeAngelo’s sentencing.

“The answer to those questions that so many people have wondered for the last two years lies within the definition of a sociopath.”

DeAngelo, a former police officer, was sentenced to 11 consecutive terms of life without parole for his murder spree — after being nabbed two years ago on DNA evidence.

The recordings from inside DeAngelo’s jail cell were released last week after a Sacramento County Superior Court judge denied a request from prosecutors to make them public, the Los Angeles Times reported.

They argued that the videos contradicted DeAngelo’s elderly portrayal that he was “physically unable to express remorse.”

But the judge didn’t buy it.