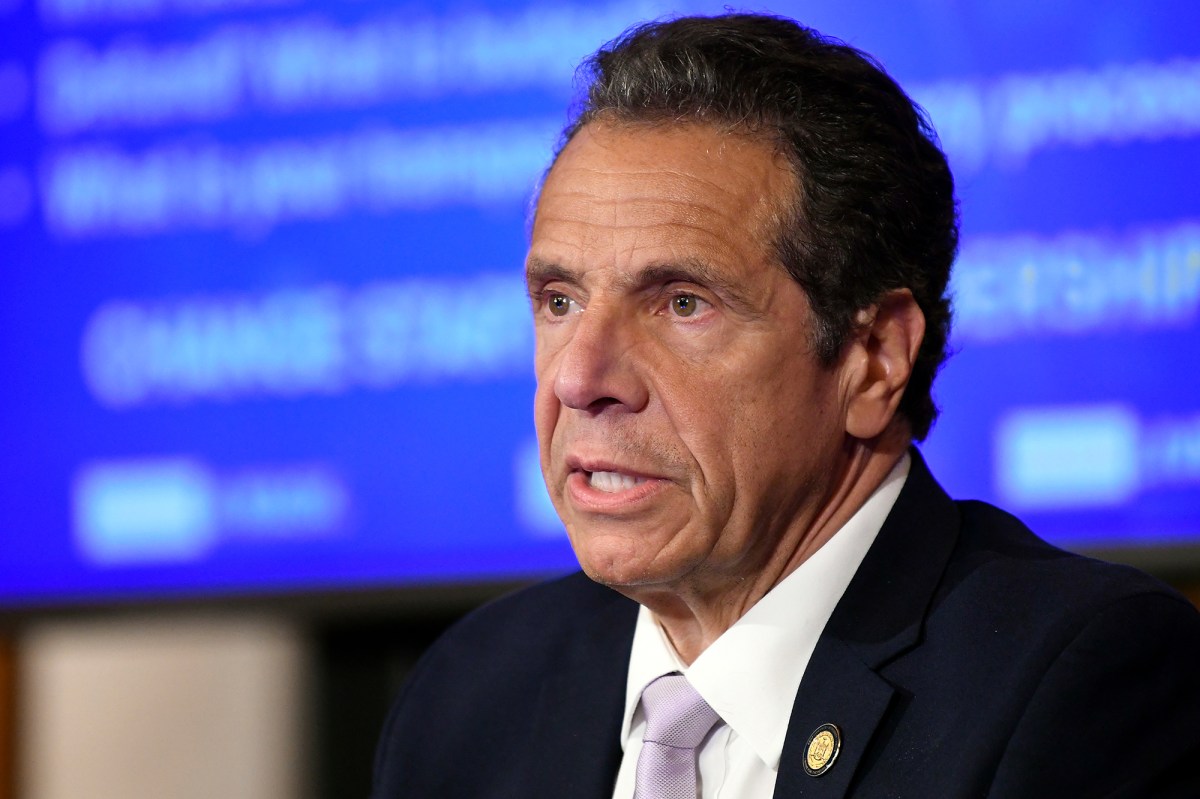 Gov. Andrew Cuomo promised to crack down on large social events in Brooklyn after The Post reported three banquet halls in Borough Park appeared to be hosting Hasidic Jewish wedding parties on just one night this week after Mayor Bill de Blasio warned that a similar gathering there led to an “uptick” in coronavirus cases.

“In the case of New York City if there’s any evidence, or plans of weddings that would violate the law they should forward those complaints to the NYPD or the mayor. If the mayor is not doing any enforcement actions then the state will,” Cuomo said Wednesday during a call with reporters.

“We’ve had super spreader events in New Rochelle with the Jewish community, we’ve had them in the Catholic community. The virus does not discriminate by religious or racial lines, right? This is an equal opportunity situation. So we police it in every circumstance,” Cuomo said.

“We don’t have any evidence that it’s worse in the Hasidic community, we haven’t gotten those complaints. If we do we will follow up and investigation,” he promised.

“Whether it’s young people at a bar or religious people at a wedding it’s the same thing to me. It’s ignorant, it’s disrespectful and it violates the law,” he said.

Cuomo has repeatedly criticized de Blasio for not controlling crowds at the city’s outdoor bars and restaurants. The State Liquor Authority has yanked about 150 liquor licenses from businesses for violating social distancing guidelines.

De Blasio did not comment on the Borough Park events during his press briefing Wednesday, but he did say that the predominantly Hasidic neighborhood has a positive test rate of 2.5 percent — well above the citywide average of under 1 percent. Brooklyn’s Sunset Park also has a 2.5 percent rate.

Chevra Hatzalah, an Orthodox-Jewish volunteer ambulance service based in Brooklyn, sent out a community advisory Tuesday about an increase in COVID-19 cases in the community.

“Large gatherings of any kind must be avoided,” Chevra’s medical board warned in the notice.

Reps for the mayor’s office and the city’s Health Department did not immediately return requests for comment about four Borough Park catering halls that have hosted weddings this month. Sources have said– and photographs of the events show— they far exceed the state’s 50-person limit for gatherings.

A mayoral spokesman told The Post Tuesday the city was issuing a civil summons for a catering hall in Borough Park for serving food without a permit and failing to comply with state gathering limits. The spokesman did not identify the location, but said the hall faces $2,000 in fines.