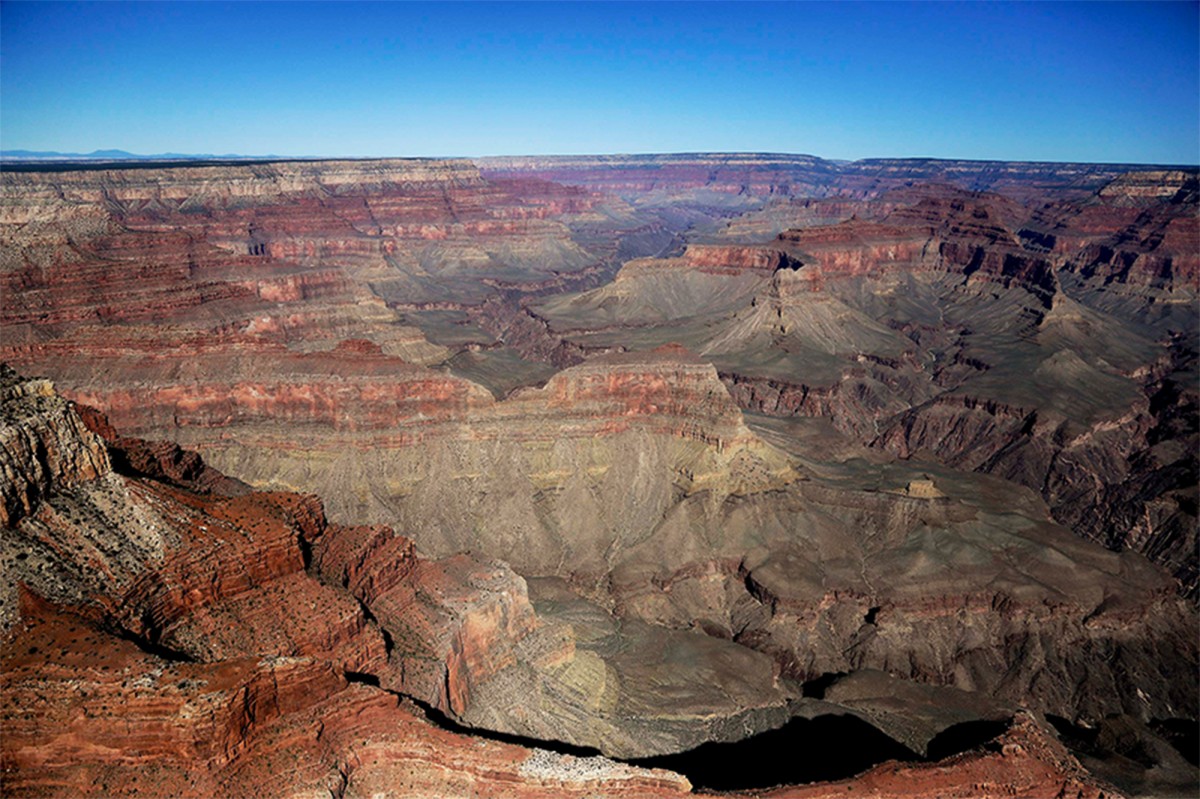 Some 313 million years ago, two animals crossed a sand dune in what would become the Grand Canyon — and now, paleontologists say that chance crossing has been preserved as the national park’s oldest fossilized vertebrate tracks.

The tracks had surfaced after a cliff collapse, and were first discovered in 2016 by Norwegian geologist Allan Krill — a visiting professor at the University of Nevada who was hiking with his students at the time, reports CNN.

Krill sent a photo to his colleague, Stephen Rowland, who revealed just how old and significant the imprints were in a paper published Wednesday in the journal PLOS One.

“These are by far the oldest vertebrate tracks in Grand Canyon, which is known for its abundant fossil tracks,”  Rowland said in a statement.

“They are among the oldest tracks on Earth of shelled-egg-laying animals, such as reptiles, and the earliest evidence of vertebrate animals walking in sand dunes.”

The two animals crossed the same dune hours or even days apart, the journal noted.

“Living species of tetrapods, dogs and cats, for example, routinely use a lateral-sequence gait when they walk slowly,”  Rowland explained.

“The Bright Angel Trail tracks document the use of this gait very early in the history of vertebrate animals. We previously had no information about that.”