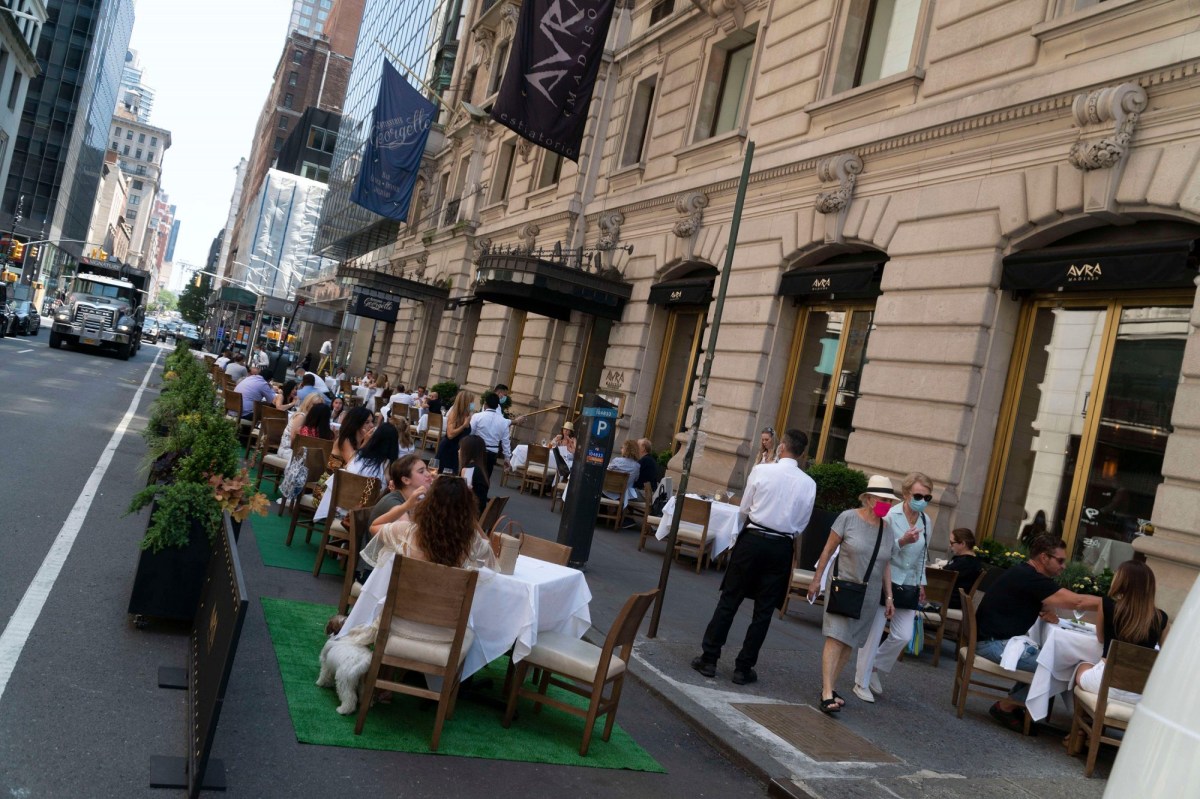 And, in a highly competitive environment, they’re also coping with malicious rumors possibly spread by competitors.

The tale has been around for more than a month that popular Greek eatery Avra Estiatorio on East 60th Street was robbed by men who popped out of an idling sedan and relieved customers of jewelry and cash at gunpoint.

Well-heeled Upper East Siders have flocked to the restaurant, which has one of Manhattan’s largest outdoor-eating areas — thanks to also having sidewalk and street seating rights in front of a next-door address where it recently signed a lease for a new pizza place.

“We’re asked about it every day,” exasperated general manager Glynna Schlesinger said of the supposed stickup.

The story is bogus. No police reports were filed. But it got so out of hand that Avra — which also has a place on East 48th Street and is building a large new one on Sixth Avenue in Midtown — saw the need to post a denial on its Instagram account, @AvraMadison.

“There are false rumors going around that one of our locations — not identified — was robbed. This is NOT TRUE. Fake news travels fast, so we would like to inform all of our guests that these rumors are NOT TRUE,” it read.

People who haven’t set foot in the city since March have called Realty Check to warn us of the supposed danger. Let’s hope we’ve cleared the air.

Optimism in the air

We love trolling through the New York YIMBY site for its cheery updates on developments in progress — whether or not the projects seem to make any sense in the context of the COVID-19 pandemic (or even made much sense before it).

New hotels give us particular pause at a time when travel is almost impossible and the Big Apple had a surplus of rooms even before the pandemic — so much so that owners have turned keys over to the city for use as homeless shelters in exchange for a fee.

We learn from YIMBY that “facade work is nearing completion of 305 W. 48th St.,” a 303-foot-tall hotel developed by Bright Management and designed by prolific hotel architect Gene Kaufman. The 27-story tower is to have 211 guest rooms.

The final touches are also being put on a dual-brand Marriott at 140 W. 28th St. from the McSam Hotel Group, also designed by Kaufman. This one is 470 feet tall and will have 531 guest rooms branded as TownePlace Suites and Springhill Suites.

Let’s hope there’s good news about the virus next year, when at least a dozen more new hotels hope to open their doors.