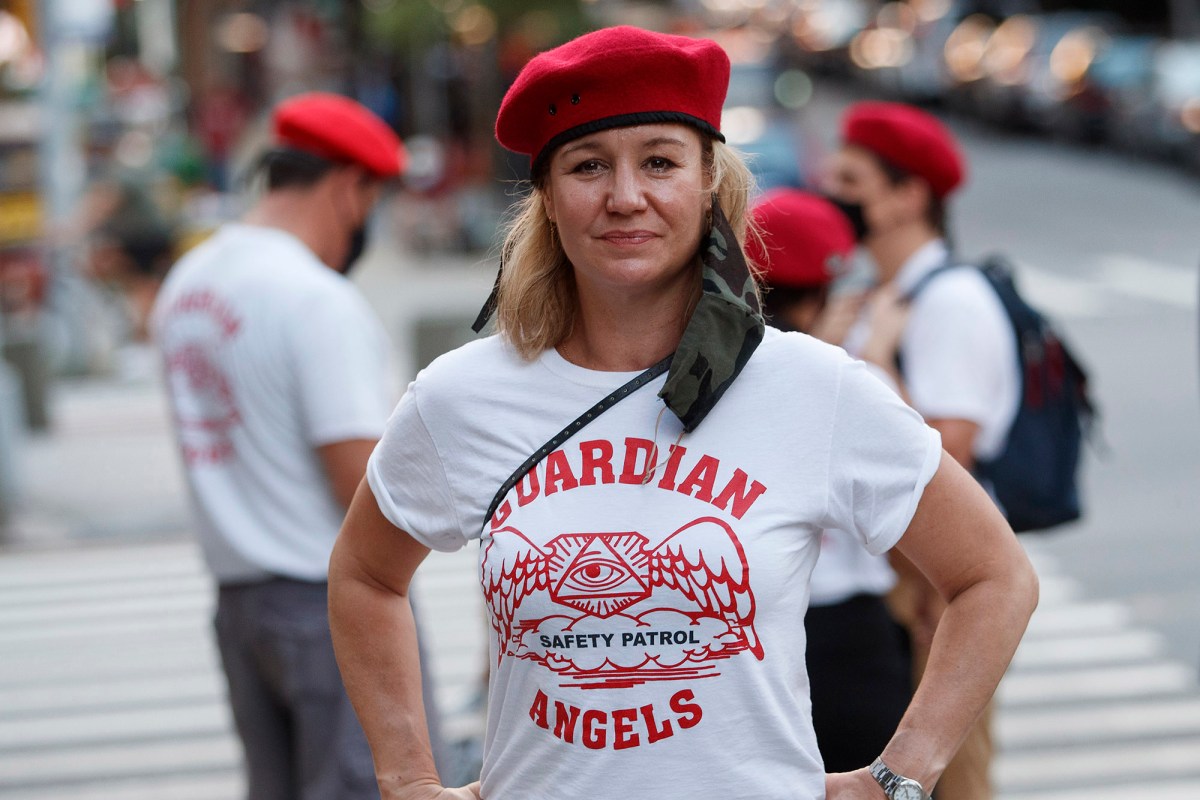 For Valerie Clark, the breaking point was when a stranger threatened her outside her home.

It was about two weeks ago that the man came up to her as she was entering her apartment building on the Upper West Side. “You’re fixing to get attacked,” he growled. “I know where you live, and you deserve it.”

Clark skirted him, called the police and made a vow: “I said, ‘I’m not going to turn my back.’”

So the 47-year-old, whose daughters are 12 and 14, has spent the past two weeks patrolling her neighborhood with the Guardian Angels, the volunteer organization founded in the bad old days — the late ’70s — of New York City.

Wearing the group’s signature red beret, the divorcée walks the area where she’s lived for 14 years. “It was a beautiful block. Now it’s scary,” Clark said of her street, near The Lucerne and Belleclaire hotels, where hundreds of shipped-in homeless people — including registered sex offenders — have turned the neighborhood into a scene of public urination, drug use and harassment.

Clark, who works in tech, is one of 61 UWS residents who have joined the Angels recently, according to founder Curtis Sliwa, including a psychologist, teachers, lawyers and doctors. (They’ve also had some one-and-done looky-loos show up for the photo op: “Some people take pictures of themselves [in uniform] and never come back,” said Clark.)

Artist Allison Eden, 50, had put her UWS apartment up for sale amid the chaos in the neighborhood, but joined the Angels and now thinks she’ll stay put: “I decided to fight back and help the city. I don’t want to go anywhere.”

There have been tense moments.

“I was nervous when someone got in our faces and said he’s going to kick our ass,” Clark said of her four-person patrol. “It would have been easy to take the bait . . . but [the Angels] stood there and took the verbal abuse. At some point, if you don’t react, the person gets tired of it and walks away. I’m honing my street skills.”

But not everyone welcomes the Angels’ presence. Some locals have heckled them and accused them of harassing the homeless. Clark’s daughter said her mom was being “bougie,” despite having recently been chased by a man at the 86th Street subway station herself.

“This isn’t about policing. It’s showing a presence and trying to keep the peace. [The Angels] will get in there if someone tries to beat up an old woman, but they’re not there to cause trouble,” Clark said, adding that members never use force and carry no weapons: “You try to diffuse [problems].”

“I did this to protect my daughters,” she added — noting that it’s also changed her mind about some of the homeless people now in her neighborhood. “I’m learning empathy for a population I don’t have a lot of experience with.”