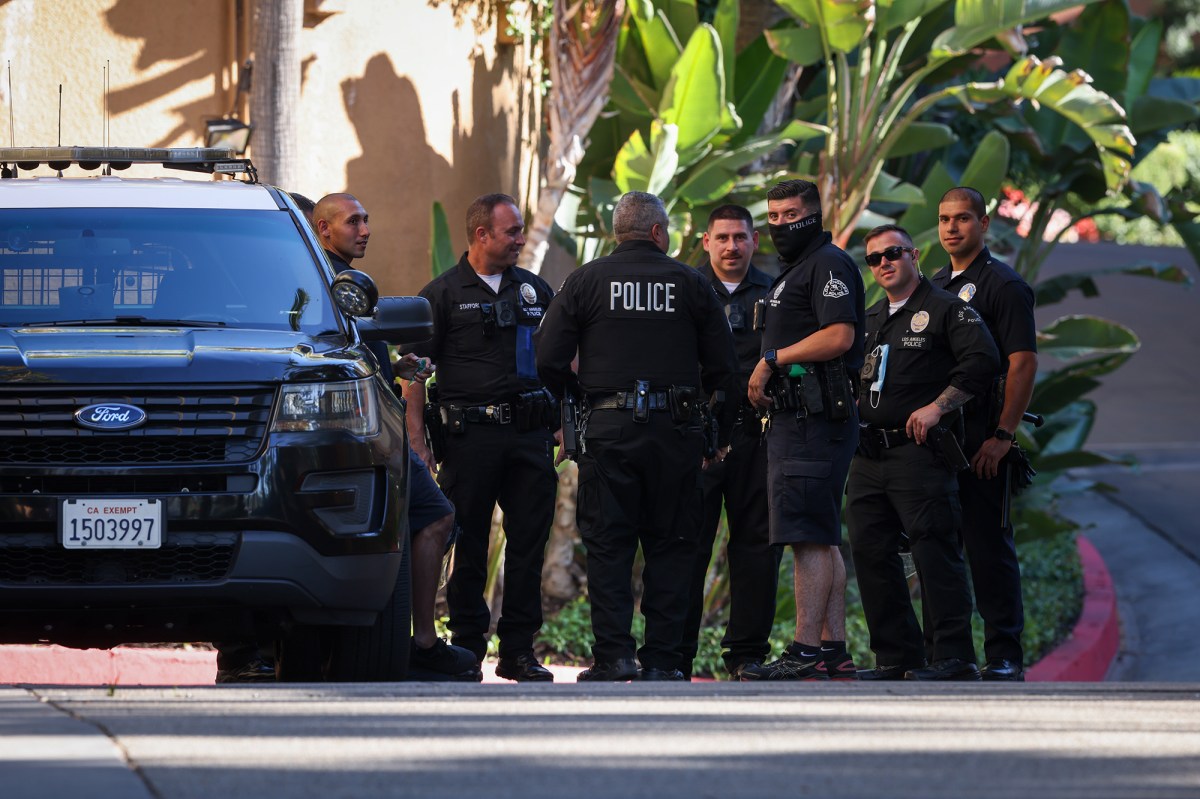 Reports of shots fired during a pro-President Trump rally in Los Angeles led to a standoff and search of three apartment buildings by police for the possible shooter.

Protesters pelted a caravan of Trump supporters riding in cars along Ventura Boulevard on Sunday with bottles and other items when shots were allegedly fired and a motorist in the rally reported getting a flat tire.

Police couldn’t determine whether a gun was fired.

A SWAT team arrived at the scene after police said the trio ran into an apartment and refused to come out.

At around the same time, a report came into police that a man with a gun had fired at passing cars from a nearby apartment building.

Searchers found no one, police said.

A witness told CBS that she could hear pro-Trump supporters and counter-protesters arguing right before the shots were fired.

“Right outside the building I could hear it sounded like a couple of men were in a pretty heated argument, yelling back and forth,” the person said.

No injuries were reported.

The standoff occurred amid escalating tensions in Portland and Kenosha, Wis., last week.

The man was identified as Aaron Danielson, a member of the right-wing “Patriot Prayer” group that has clashed with protesters before. The shooter has allegedly been identified as an ex-military man who calls himself “100% ANTIFA” and ready for “war.”

In Kenosha, Kyle Rittenhouse, 17, was charged in the shooting death of two men last Tuesday during protests in the city over the death of Jacob Blake, who was shot seven times in the back by a police officer.