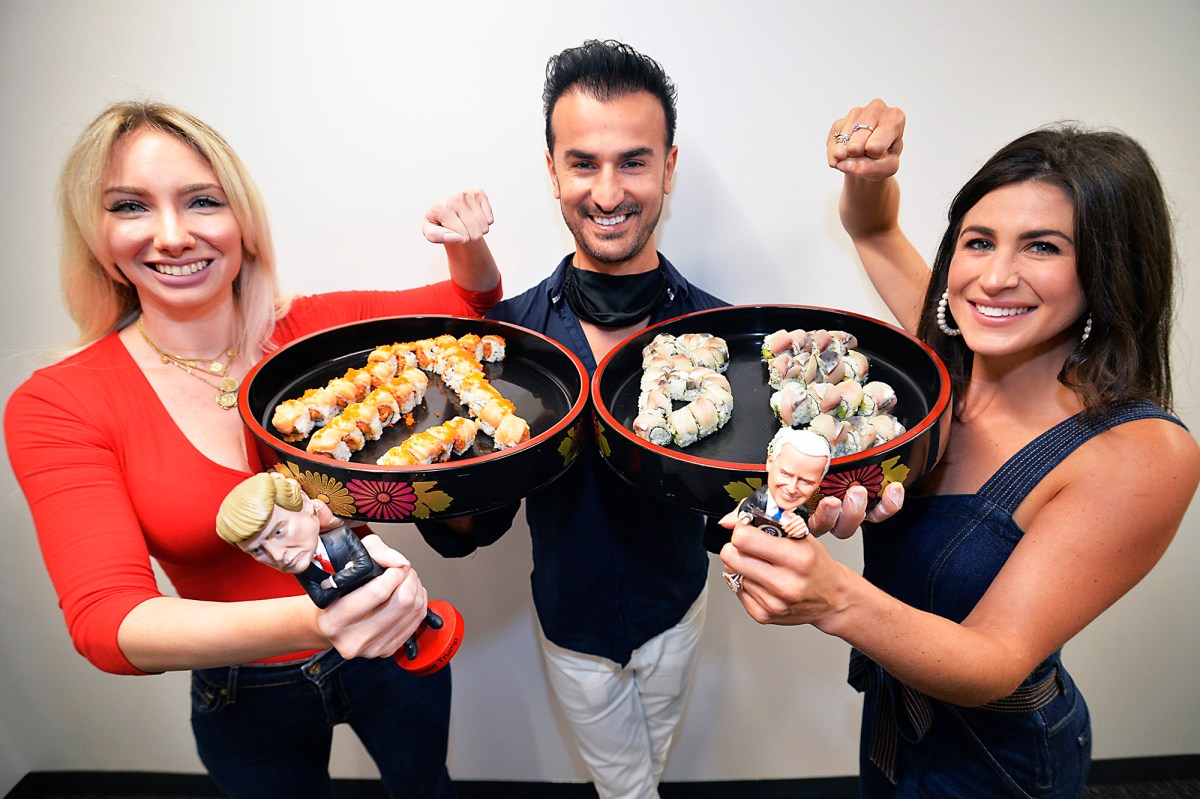 A Hamptons restaurateur has cooked up a “sushi poll” pitting a “Trump Roll” against a “Biden Roll” for seafood supremacy in the run-up to the 2020 presidential election.

“Voting is very important and we want to make sure everyone gets this message,” Blu Mar executive chef and owner Zach Erdem told The Post. “I was talking with my chef and it’s like, ‘Let’s do something fun.’”

In the vein of other food-centric surveys like the Iowa State Fair’s famous corn-kernel poll, the sushi poll was born.

The “Trump Roll” features spicy tuna and smoked salmon sourced from the same fishery that supplies the president’s Mar-a-Lago resort — and is topped with orange caviar reminiscent of its namesake’s famous coiffure.

The “Biden Roll,” by contrast, uses blue crab — in a nod to the former vice president’s adopted Atlantic coast homestate of Delaware — as well as avocado and is topped with mackerel, its silver sheen evoking the political lion’s locks.

From Friday through Oct. 31, democracy meets dining with the top-selling roll being declared the winner.

They’re available for $12 a pop at Erdem’s Hamptons restaurants, or $8 at Gristedes grocery stores across Manhattan.

Erdem, joined by local representatives of both the Republican and Democratic parties on the eve of the, er, rollout, said that the contest was conceived as a lighthearted idea at a time of political tension.

“People need to smile a little bit these days because of the hard time everyone is going through,” he said.

Manhattan Republican Party Chair Andrea “AJ” Catsimatidis and Skye Ostreicher, of the borough’s Lexington Democratic Club, reached a bipartisan accord on that.

“We both agreed that it really important to vote, and we just thought it was a really fun way to engage people in the election coming up,” said Catsimatidis, daughter of Gristedes mogul and New York mayoral candidate John Catsimatidis. “And we need a little bit of levity in these difficult times.”

Added Ostreicher, “We are in a political climate where there’s so much hate and acrimony, so it’s important to come together and agree on certain things. … So we thought we’d do the roll poll.”

Whichever roll comes out on top, New York’s less fortunate will be winners: A portion of all proceeds will benefit local food pantries overburdened amid the coronavirus pandemic and resulting economic downturn.