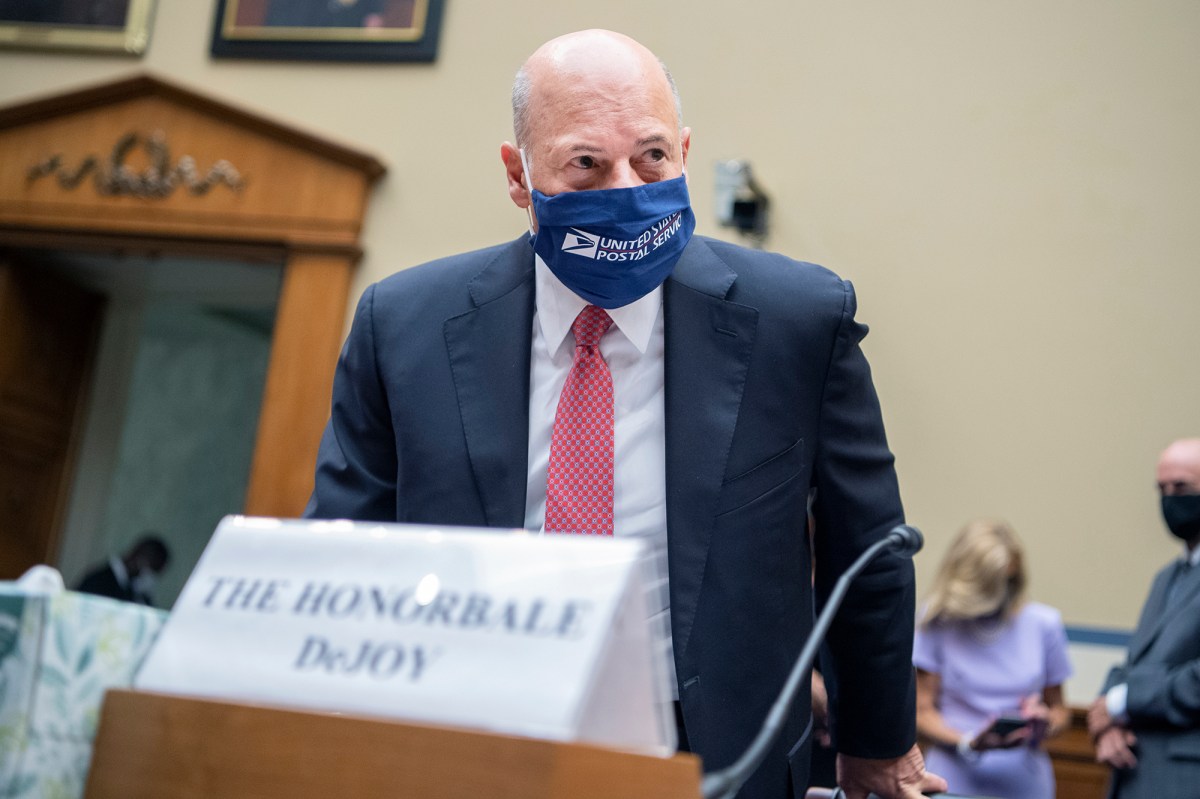 A House committee subpoenaed Postmaster General Louis DeJoy to turn over documents to the panel after he missed an Aug. 26 deadline to provide information Democrats are seeking on changes he made to the Postal Service in the runup to the November election.

The House Oversight Committee Chairwoman Rep. Carolyn Maloney issued the subpoena on Wednesday, ordering DeJoy to voluntarily hand over his calendar, documents and communications from his first months on the job by Sept. 16.

Democrats have said DeJoy has made critical changes that will hinder the agency’s ability to handle the massive volume of mail-in ballots expected in November’s election because of the coronavirus pandemic.

DeJoy called such claims “outrageous” when he testified before the Senate Homeland Security Committee last month.

He also appeared before the House Oversight Committee, two days after the Democrat-controlled House met in a rare Saturday session to pass a bill giving the USPS $25 billion and to reverse actions DeJoy took.

The Senate has not taken up the legislation.

The USPS said it will comply with the subpoena.

But added, “we remain surprised and confused by Chairwoman Maloney’s insistence on issuing a subpoena to the Postal Service in the midst of ongoing dialogue with her staff on the House Committee on Oversight and Reform to produce information in an orderly fashion,” a spokesperson told Fox News.